5 of the best new folding phones

If you’re keen to have the latest phone tech in your pocket, then you might be tempted by folding phones. However, with concerns over display durability, hinge systems and eye-watering prices, the first generations haven’t exactly hit the mark with consumers. But thankfully, technology moves on and with big-name phone manufacturers like Samsung and Huawei now on board, it looks like now’s the time the folding phone could be coming into its own.

If the idea of a phone with oodles of screen space and cutting-edge tech gets your heart all of a flutter then we’ve got a treat in store for you! Read on for our list of the 5 best new folding phones available today – and a couple in the pipeline that may be worth holding out for!

But remember, if you’re in the market for one of these bad boys you need to make sure you have the right mobile phone insurance in place, too. Give Gadget Cover a call and get your top tech covered in an instant. 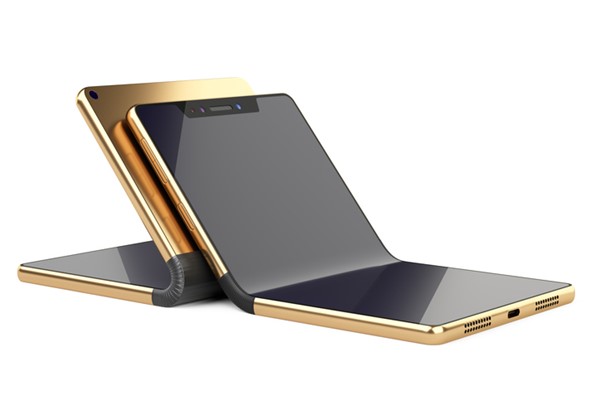 Is a folding phone right for you?

Before whetting your appetite with all the fab new folding phones available, it’s worth considering the pros and cons of folding phones and whether this type of device is going to meet your needs. While every phone buyer will be looking for slightly different things, let’s take a deeper look at some of the main pros first.

The clue really is in the name! The ability to be folded and unfolded means users can easily transform a standard pocket-sized mobile phone into something the size of a tablet. What’s not to like about that?

Okay, there’s no getting away from the fact foldables are pricey. But if you don’t need to buy a separate bulky laptop or tablet as well then you could save money in the long run. As well as mobile phone insurance, Gadget Cover also offers insurance policies suitable for a whole host of other gadgets, just in case you do decide the latest MacBook Air is an essential purchase.

Perhaps you’re a business traveller who needs to view important documents before a big meeting? Or maybe an avid sports fan who’s desperate to watch the big game in style? Either way, you’re bound to love the upgrade to a larger screen that foldables bring. With the Huawei Mate Xs for example offering a screen size of 8-inches or the Samsung Galaxy Z Fold 2 offering 7.6-inches, they’re serious challengers to tablets in the hearts of phone fans.

It might seem obvious but all that beautiful display real estate gives you the perfect opportunity for multitasking to your heart’s content. Foldables will let you use the display as one single screen or will even let you dedicate particular portions of the screens to particular apps. For example, you can easily split the screen so you can watch a video or movie while chatting to family and friends and browsing the web – all at the same time! Just be careful not to drop your phone when distracted or you’ll be calling on your mobile phone insurance sooner than you think.

Some clamshell foldables like the Samsung Galaxy Z Flip and the Motorola Razr also provide a small but ever-so-handy display on the outside to allow you to browse, text and preview selfies without having to unfold the phone at all. Those clever techies really have thought of everything!

In mobile phone terms, it’s still relatively early days for foldables. Gamers will obviously love the big screens here, but there could be further exciting developments around the corner. Keep your eyes peeled for when apps hit the market that make the best of foldables’ remarkable new abilities.

We all love indulging in a bit of tech spec envy when looking at new mobile phones and the world of foldables is no exception. Manufacturers have certainly seen the size of foldables as offering an opportunity to cram yet more hardware into their devices. From more powerful processors and larger batteries to more cameras and bigger storage, the possibilities are endless.

But no phone technology is ever perfect no matter how well-engineered and thought through. So, where there are advantages, there will also be disadvantages. Let’s take a look at those cons of folding phones.

Right up at the top of the list when it comes to cons has to be price. With most buyers unlikely to get change out of £1,000, these are expensive bits of kit. But in view of folding phones' cutting-edge design and capabilities it’s probably not unreasonable that there’s not yet a budget-friendly option. Certainly, if you’re looking for bigger screens and more hardware than the average-sized mobile phone then it might be a price worth paying. That said, it’s probably even more important to make sure your new folding phone is covered with mobile phone insurance.

A folding screen can give many careful owners the heebie-jeebies, and there’s good reason for that concern. However, companies like Samsung have put serious investment into creating these phones. Sometimes, if you want to be one of the first to enjoy the benefits of new technology, you need to take a risk!

Many of us have spent years learning how our amazing mobile phones work. So much so that our fingers and thumbs know what to do even before our mind does! A new folding phone is going to take some time to get used to. But it’s going to be a lot of fun learning along the way!

If you love super lightweight devices then you might need to wait a while before buying a foldable. While these folding phones can be easily slotted into a bag or pocket, they are heavier than what you’re used to. After all, that extra screen and hardware has to go somewhere! 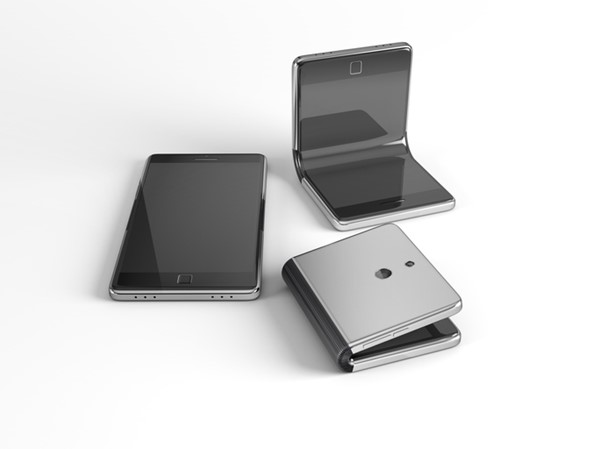 The 5 best new folding phones on the market right now

If you’re done with weighing up those pesky pros and cons, you’re now on to the fun part! Deciding which folding phone is right for you and your pocket!

If you’re looking for a foldable with a hefty amount of wow-factor then Samsung may be the manufacturer for you. The latest offering from Samsung looks to have overcome some of the early teething issues it suffered with the first Fold launch and has made some great additions, too.

Like the original Fold it has a vertical fold, and opens up to provide a gorgeously expansive 7.6-inches of screen. Perhaps the most significant external updates are an ultra-thin glass AMOLED display and the larger, more practical 6.2-inch external display on the front.

Inside it has a Qualcomm Snapdragon 865+ processor, 12GB of RAM, a 4,500mAh battery, 256GB of storage, and 5G capability. And if multitasking is your thing, then it allows for three-app multitasking on the larger display.

If you’re looking for something a fair amount cheaper but with similarly decent specs then the earlier Samsung Galaxy Z Fold still offers good value.

With similar hardware and design specs to the first-generation Mate X, Huawei also seems to be learning valuable lessons on its folding phone journey. Unlike the rival Samsung device, the Mate Xs folds outwards, so you’ve always got a regular smartphone screen on the outside. But when it does unfold, you’re treated to a huge 8-inch OLED display with a resolution of 2200 x 2480 pixels.

Inside you have a Kirin 990 processor, 8GB of RAM, a 4,500 mAh battery, 512GB of storage, 5G capability and a Leica-made top-notch quad lens rear camera. It also boasts fast 55W charging as standard.

First released in 2003, it was the legendary flip phone Razr that started all this folding craziness! In 2020 Motorola revived the once-dominant Razr phone for the modern foldable-age. If you’re looking for something eye-catching to rekindle the iconic age of the noughties then this is for you. As a clamshell it’s certainly compact and it has decent specs even for a foldable. As well as 5G capability, it has a Qualcomm Snapdragon 765G processor, 8GB of RAM, a 2,800 mAH battery, and 256GB of storage. You also get a single-lens 48MP rear camera.

If you’re intrigued by the Razr but aren’t sure about the folding phone concept then take a look at the other amazing Motorola phones available to buy in 2021.

If you’re in the market for a genuinely pocket-sized clam shell then take a look at this compact and powerful flip phone from Samsung. It’s got somewhat similar specs to the Razr but at a cheaper price point. It’s got 5G support, a Qualcomm Snapdragon 865 Plus processor, 8GB of RAM, a 3,300 mAh battery, and 256GB of storage. You get a dual-lens rear camera as well as wireless charging.

Purists may claim this isn’t a folding phone at all. But rather just a phone with two screens (if you buy the dual screen case accessory that is). However, if you’re in the market for a phone that lets you fit a large screen into a small space then does it really matter how you do it?

Even without the dual screen this is still a decent phone with a 6.8-inch, 1080 x 2460 pixel OLED display, a Qualcomm Snapdragon 765G processor, up to 8GB of RAM, a 4,300 mAh battery, and 128GB of storage. You also get a triple-lens rear camera, 5G capability and wireless charging. Great for multi-taskers.

A similar two-screen approach has also been adopted by the Microsoft Surface Duo which offers a lot of great features at a snip of the price of a genuinely folding phone.

Other options worth considering in future

The world of mobile phones moves pretty fast and not a month goes by when we don’t see other tantalising glimpses of folding phones from other manufacturers. Names to keep an eye on include:

So, do you think a foldable phone is right for you? Whatever you decide, one decision that’s simple is the need to get insurance for your treasured tech.

For many people, our mobile phones rarely leave our side, which makes them more susceptible to being damaged, lost or stolen. That’s why it’s really important to protect your device from the very first moment with mobile phone insurance.

Other great perks you’ll enjoy with a policy arranged by Gadget Cover include worldwide protection, up to 180 days per year; and family cover, meaning your immediate family are insured when they borrow your device.

For mobile phone insurance you can trust, choose Gadget Cover. Get a quote today!