With 5G-enabled smartphones becoming more widely available and dropping in price, growing numbers of mobile users are making the switch.

In fact, new research shows that the latest generation of mobile technology is being adopted faster than its predecessor, 4G.

In this year’s first quarter, shipments of 5G devices reached 39% of the global total and accounted for more than two-thirds (69%) of global smartphone revenue, according to research firm Counterpoint’s Quarterly Market Monitor service. 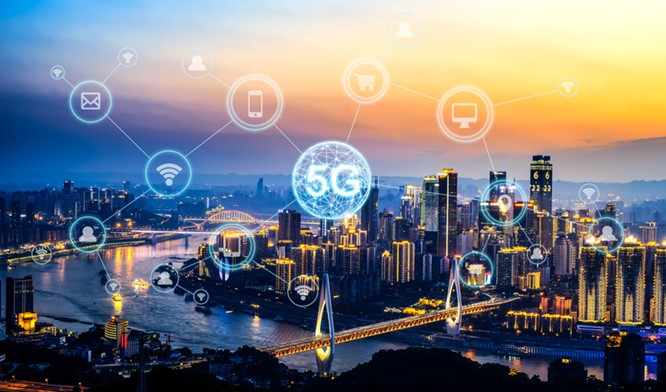 It comes after a recent report from technology analyst firm CCS Insight predicted that connections to 5G networks worldwide will triple this year to 670 million and remain on track to reach 3.6 billion in 2025.

Despite the Covid-19 pandemic disrupting the manufacture and sales of new devices, there has been a “resilient and consistent rise in 5G smartphone penetration” in every region, Counterpoint said.

In terms of regions, China is still the largest 5G market by revenue and volume, powered by low- to mid-tier offerings, Counterpoint found.

Globally, however, the adoption of 5G has so far been driven by the flagship segment.

“The next part in the 5G adoption story will be convincing the rest of the smartphone user base, which is either price-conscious or utility-driven or both, to shift to 5G,” Counterpoint said. “This will depend on OEMs bringing in budget 5G smartphones, governments implementing conducive policies, and a growing basket of 5G use cases to convince users, especially in emerging markets.”

Protect your 5G phone against accidental damage, liquid damage, breakdown, theft and unauthorised usage with mobile phone insurance from Gadget Cover. We’ll also replace any accessories (up to £150) if they are lost, stolen or damaged at the same time as your phone.