Apple dominated the smartphone market last year, with annual revenue of $196bn — a 35% increase year-on-year and representing 44% of total worldwide smartphone revenue in 2021.

High demand for the 5G-enabled iPhone 12 and 13 series helped Apple register 14% growth in its overall average selling price, which reached $825 in 2021. The brand also managed to increase its share in key emerging markets such as India, Thailand, Vietnam and Brazil. 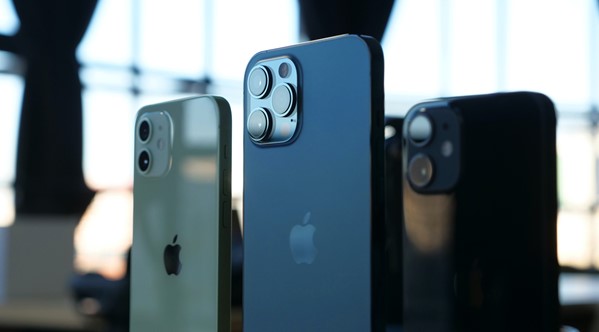 The figures come from Counterpoint’s Market Monitor Service, which found that global smartphone revenue in 2021 grew 7% to a record USD448bn, despite the continued impact on supply chains from component shortages and Covid-19 restrictions.

More 5G-enabled models were released in 2021 as OEMs such as Xiaomi, vivo, OPPO and realme focused on fulfilling a greater demand for affordable 5G smartphones in emerging markets such as India, Southeast Asia, Latin America and Eastern Europe. As a result, 5G-enabled smartphones accounted for more than 40% of all smartphone shipments in 2021, compared to less than a fifth (18%) in 2020.

Also contributing to the higher market revenue was a global increase in demand for mid-range and premium smartphones as pandemic-linked education, work and entertainment from home convinced some consumers to upgrade their devices for a better overall experience.

Lastly, the global shortage of smartphone components led major manufacturers to increase the retail prices of some of their entry and mid-tier smartphones.

Whether you’re looking for iPhone insurance or mobile phone insurance for another brand, Gadget Cover can protect your device against accidental damage, liquid damage, breakdown, theft and unauthorised usage, as well as loss for an additional premium.