Gaming has never been easier thanks to today’s slim, sleek, powerful gaming laptops. Invest in one of these cutting-edge devices and you can play anywhere you like. There’s an option to suit all budgets and tastes, so get shopping to liven up your gameplay.

But don’t forget to get your device covered with gadget insurance from Gadget Cover. We offer instant cover so you can start protecting your new purchase immediately!

Until only recently, most gaming was done using a desktop. Laptops just weren’t up to the job of running video games, but improvements in technology mean they can now handle the task perfectly well.

Choosing a gaming laptop can be confusing, because there are so many factors to take into account, from the GPU to the keyboard, screen resolution and battery life.

Graphics processing is perhaps the most important element of a gaming laptop. Most gaming laptops now come with either Nvidia GeForce GTX or RTX GPUs.

If you want to play using the highest settings of games or using virtual reality (VR), you will need a higher-spec graphics card such as RTX 2080.

CPUs should be Core i7 or above, while RAM should be at least 8GB, preferably more. Don’t forget that RAM is easy to upgrade, so this shouldn’t be a dealbreaker.

When it comes to displays, there’s a real tussle between ease of carrying a smaller screen, versus the greater immersive experience of a larger screen.

Most laptops have screens between 15 and 17 inches; larger models are heavier as well as bigger. Resolution should be at least 1920 x 1080. Avoid touch screens if battery life is important to you.

Keyboards are a crucial element of a gaming laptop that is easy to overlook, but actually makes a huge difference to your experience of gaming. 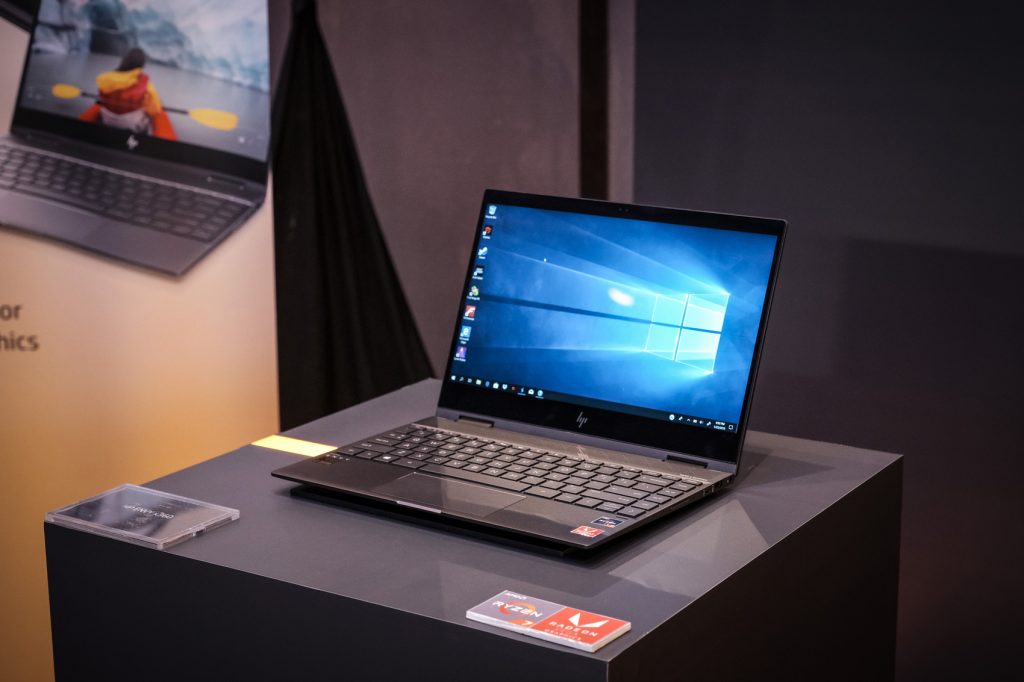 There’s no shortcut to just trying out a few keyboards before you buy, to make sure the model suits you. Some gaming laptops have special features such as anti-ghosting and n-rollover, which means the computer still takes an action if you press several keys at once.

Gaming laptops have shorter battery life than non-gaming laptops – all those graphics gobble up power. It’s best to keep your laptop plugged in while playing or expect only a few hours of gameplay before the battery starts to complain. Longer-lasting batteries usually run with darker screens, so beware products offering this as a feature.

Gaming laptops open up a new world of gaming when you’re away from home, or in different locations around the house. It’s worth thinking through where you will be using the laptop, because products vary in how portable they really are.

If you are just going to move the laptop between rooms in your home, an 18-inch display and heavier model should be fine - if you want to use the laptop outside the home then a lightweight model with a smaller screen is advisable.

Gadget insurance is essential if you invest in a gaming laptop. While being able to game anywhere you like is a definite plus in terms of flexibility, it can also increase risks such as theft and accidental damage. Insure your laptop with its own policy or add it to a general policy for all your devices.

Round-up of the best gaming laptops

This hugely popular gaming laptop does it all. The basic Omen 15 has a GTX 1660, or fancier models have Nvidia GeForce RTX 2070 graphics, meaning the laptop can do real-time ray tracing.

It has Intel Core i7-9750H and up to 32GB of RAM, plus a triple-fan system to prevent overheating. The fans use fluid dynamic bearing and three speed levels to reduce noise. All in all, a solid performer.

It looks good and works brilliantly, all in a super-thin, portable shell. The Razor Blade is priced around £1,500; not the cheapest, but not at the highest end of the market either.

The most recent model has an Nvidia GeForceRTX 2080 for great graphics and the Razer Core means you can add additional graphics power if you wish. 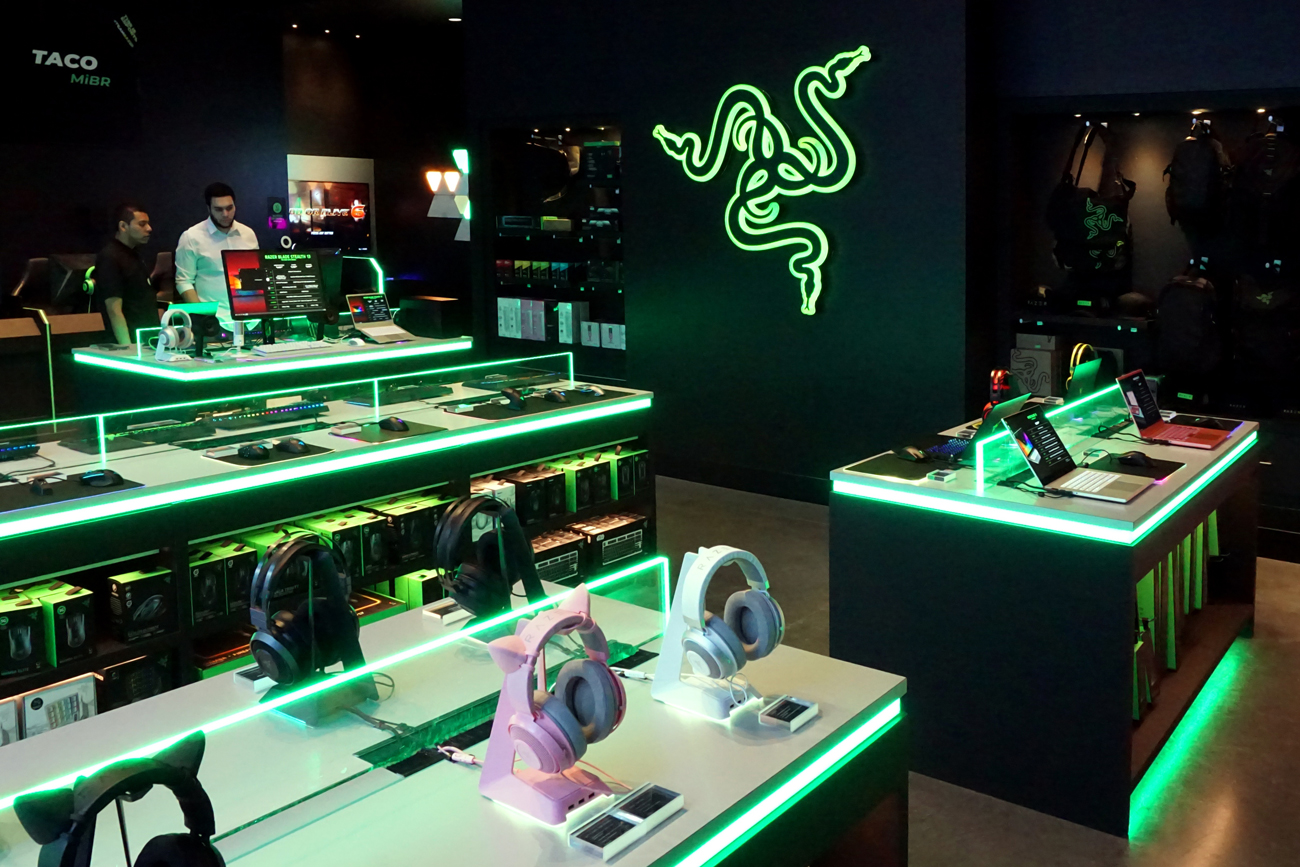 This is a pricey option as laptops go, coming in at £2,500 plus but you get a lot for your money. Just don’t forget to get gadget insurance to cover your new toy! With Intel Core i7-9700, 16 to 64GB of RAM and NVIDIA GeForce RTX 2060-2080 graphics card, this is a truly impressive laptop.

The quirkily styled design, which resembles an angular alien, is comfortable to use and comes with an anti-glare screen. It’s VR-ready, and a great choice if money is no object.

Coming in at less than £1,000, this neat little laptop has powerful components: Intel Core i7 CPU, Nvidia GeForce GTX 1060 3GB-6GB graphics card and 16GB to 32GB of RAM. It is prone to running hot, but it’s still a huge amount of power for the price.

This splendid machine has a three-sided, thin bezel design, which looks modern and sleek. The styling is suitable for either work or play – you could use it in the office by day.

It delivers real-time ray tracing for just over one thousand pounds, which makes it a relatively affordable, highly portable choice.

The 94Whr battery is a real attraction for this laptop, which also has Intel Core i7, Nvidia GeForce GTX 1070 Max-Q and 16GB of RAM. It will stream video for a respectable six hours, giving it a strong competitive edge over rivals that achieve much less. The keyboard is easy to use and it’s an attractive, sharp-looking laptop.

If you want to get into gaming on a laptop, this offering from MSI is for you. At around £900, it’s one of the cheaper options on the market. It has Intel Core i5-8300H CPU, Nvidia GeForce GTX 1050 4GB, 8GB of RAM and weighs a mere 4.85lbs. It’s not as powerful or swanky as other models, but it does all you need it to do, at a reasonable price.

Have you got gadget insurance for your laptop?

Laptop gaming is a much more flexible way to enjoy gaming whenever it suits you. Whichever laptop you choose, make sure you protect your purchase with insurance from Gadget Cover.