Podcasts are now big business. Joe Rogan's podcast 'The Joe Rogan Experience' earned an incredible $30 million in revenue across 190 million downloads per month in 2019, making it the biggest podcast in the world.

So many people are tuning into podcasts now, largely because they’re a great form of free entertainment. Listening to podcasts is easy on a smartphone or tablet, as long as they’re working, that is! Make sure yours is protected with gadget insurance today!

What makes podcasts so popular?

The popularity of the podcast shows no sign of slowing down. There’s now even an International Podcasting Day, created to celebrate “the power of podcasts”. So, why have podcasts become such a popular way of speaking to an audience?

Well, firstly, it's relatively easy to make a podcast. You don’t need a big budget or lots of equipment. All you need is a microphone, a recording device, some editing software and, crucially, something interesting or funny to say.

Anybody, then, can make a podcast. But if you do head out and buy all the equipment, or any other tech for that matter, you should really think about getting gadget insurance. Gadget Cover can arrange protection for your tech, with policies including accidental damage and theft as standard, and optional cover against loss.

It’s possible to create something that hooks listeners without having to be a technological whizz. That’s not to say there aren’t some professionally produced podcasts out there – but some of the most popular podcasts are those which have a more informal, less produced style.

There’s no doubt that the proliferation of smartphones had also had a lot to do with the surge in the popularity of podcasts, too. All listeners need to do is head to one of the distribution platforms – like Apple Podcasts or Spotify – and they have access to thousands of podcasts at their fingertips.

With a podcast for just about everything – from self-help to sport – anyone can find something that matches their interests. And, unlike a book or television, you can consume a podcast while you’re doing other things. Listen along while you’re in the car or exercising. 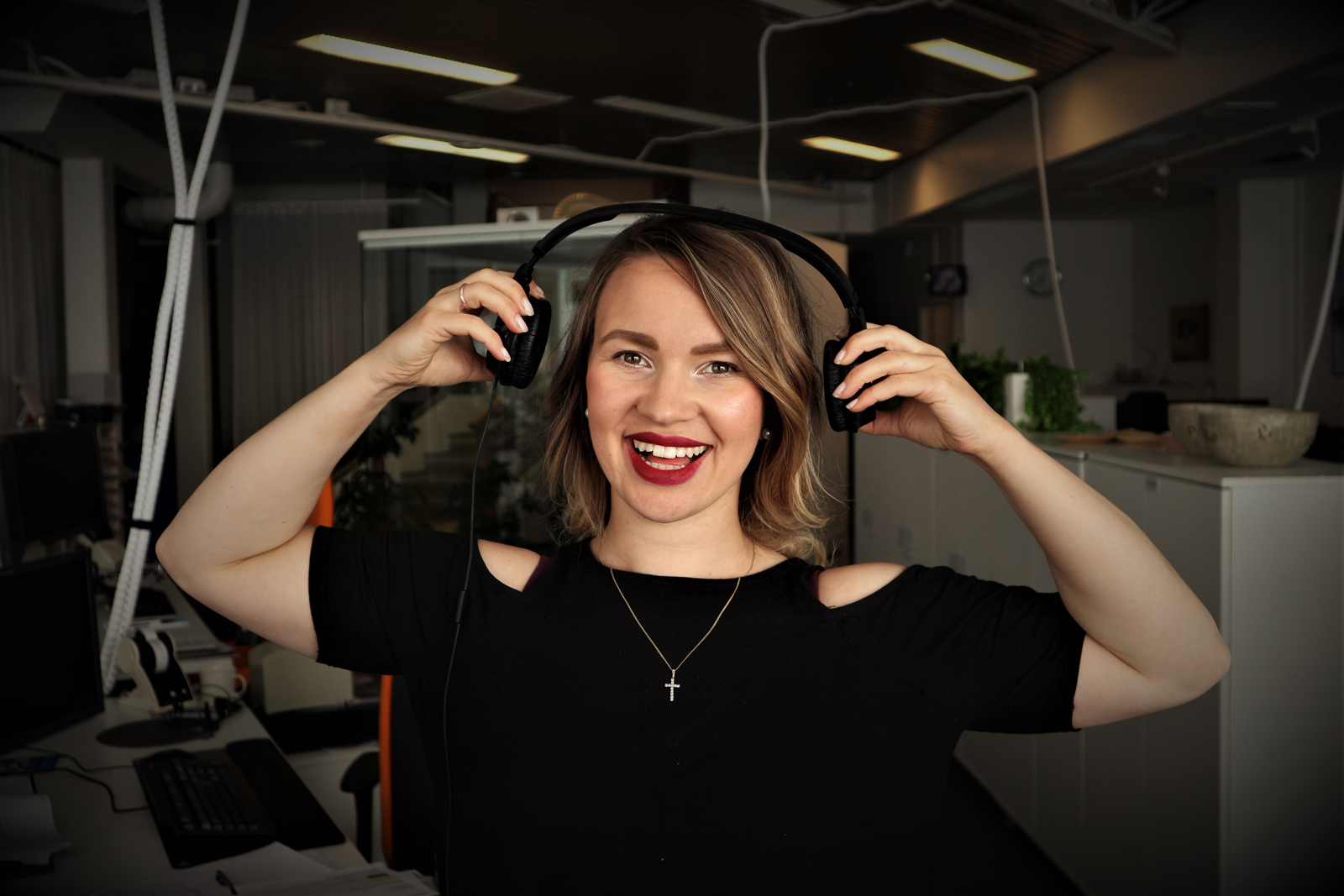 Our must-listen podcasts for 2020

If you’ve never listened to a podcast before, a good place to start is with Serial, which is arguably the one show responsible for propelling podcasts into the mainstream.

The show’s first series, released in October 2014, centred on the murder conviction of Adnan Syed, who was found guilty of killing his ex-girlfriend Hae Min Lee. Syed, who did not speak in front of the jury at his trial, continues to protest his innocence. We won’t say any more than that – go and listen for yourself.

Two more series of Serial have been made since, each with their own story. The show, produced by the team behind popular US radio programme This American Life, is a superb introduction into the genre and will likely inspire you to go and seek out other podcasts. When you do go looking for more, here are seven of the best to get your teeth into in 2020…

British comedians Elis James and John Robins host a radio show every Friday afternoon on BBC Radio 5 Live. Following its broadcast, each show gets made into a two-hour podcast.

The duo, which won the Gold award for Funniest Show at this year’s prestigious Audio and Radio Industry Awards, have accrued something of a cult among millennials and it’s easy to hear why. The pair, alongside producer Dave Masterman, have a natural chemistry, discussing everything from the trivial to the topical. As The Telegraph puts it: “They can be nerdy and earnest one moment, and endearingly giddy the next.”

James and Robins originally started out on Radio X, where they built up most of their fan base, before transitioning over to 5 Live. The podcast of their opening show, In All Its Shame And Glory, went straight to number one in the UK Apple Podcast charts.

So, why not give the ‘funniest show on radio’ a try? 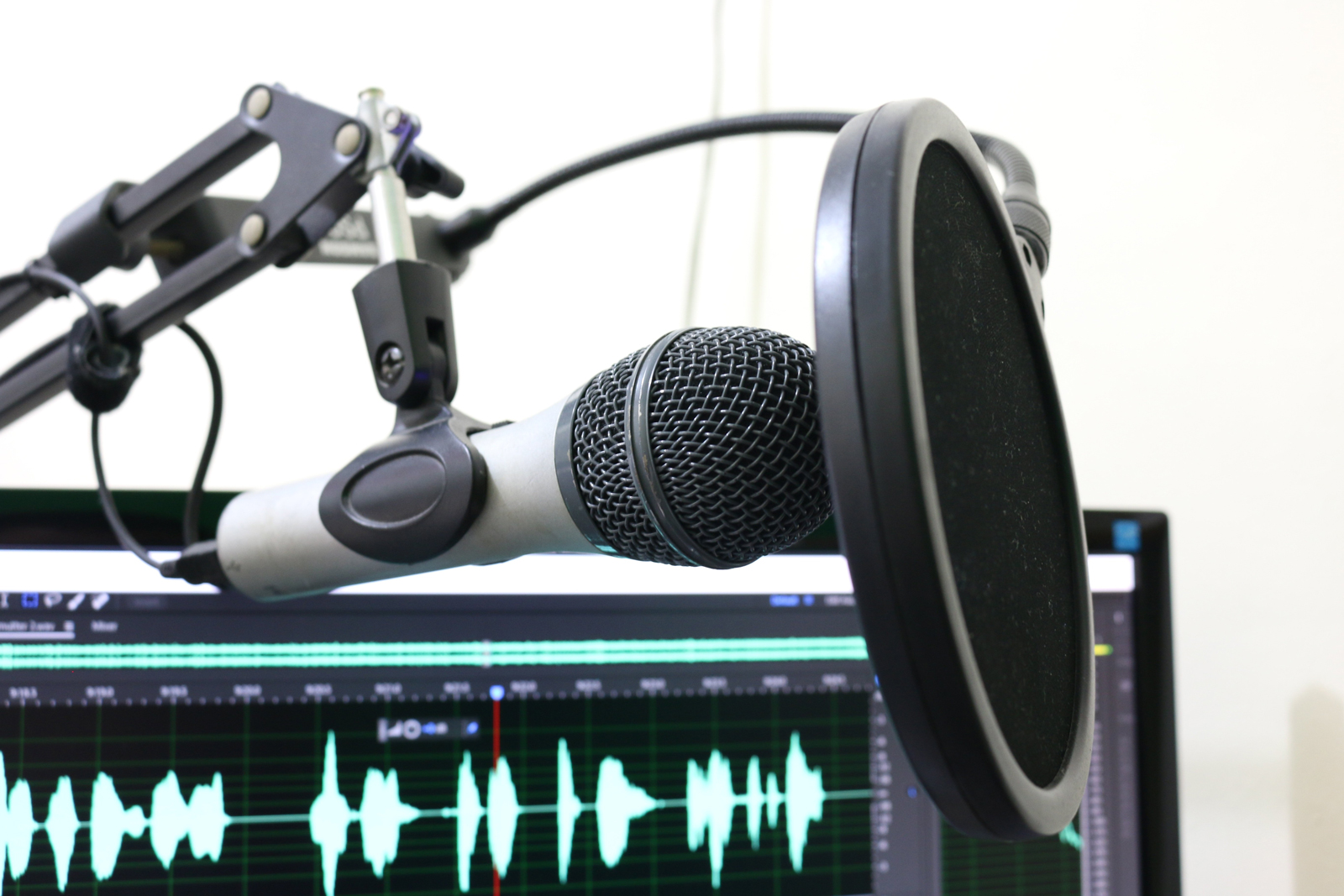 At the height of its powers, the coworking startup WeWork had a valuation of nearly $50 billion. It all fell apart in the Autumn of 2019, though, after WeWork’s I.P.O. failed. Since then, they’ve lost their CEO and the Japanese conglomerate SoftBank, its largest investor, has taken over the business.

It’s a fascinating story which is superbly told in the WeCrashed podcast. And with only six relatively short (20-30 minute) episodes in the series, you’ll devour it in no time at all. According to the Guardian: “WeCrashed, like all Wondery series, is a lickety-split listen, pacy and slightly camp.” All the ingredients for a binge listen.

The podcast might also inspire you to check out some of the Wondery back catalogue which includes brilliant shows such as Dr. Death, The Mysterious Mr. Epstein, and Dirty John which was made into a TV series (available on Netflix in the UK).

We’ve all dreamed of having another life that’s completely different to our current one, haven’t we? Well, while most of us dream, some people like Anna Sorokin have tried to make the dream a reality.

The Fake Heiress podcast tells the story of how Sorokin contrived a new identity – calling herself Anna Delvey – as a wealthy German heiress and then proceeded to rack up tens of thousands of dollars of debt at New York hotels attempting to live out her fantasy.

The Russian-born Sorokin hired a private jet, went to all the best parties, and threw cash at everyone she saw – a $100 (£78) tip if you carried her bag or were her Uber driver. However, as you might’ve guessed, her deceits all came back to bite her in the end, in spectacular fashion.

Mixing straight reporting with fictionalised scenes, Fake Heiress, which is produced by the BBC, does a great job of summoning up the surrealist nature of Sorokin's invented life story. You’ll be shaking your head in disbelief as you listen along, licking your lips at the prospect of the authorities catching up with her.

Find out if this New York City socialite gets her comeuppance. 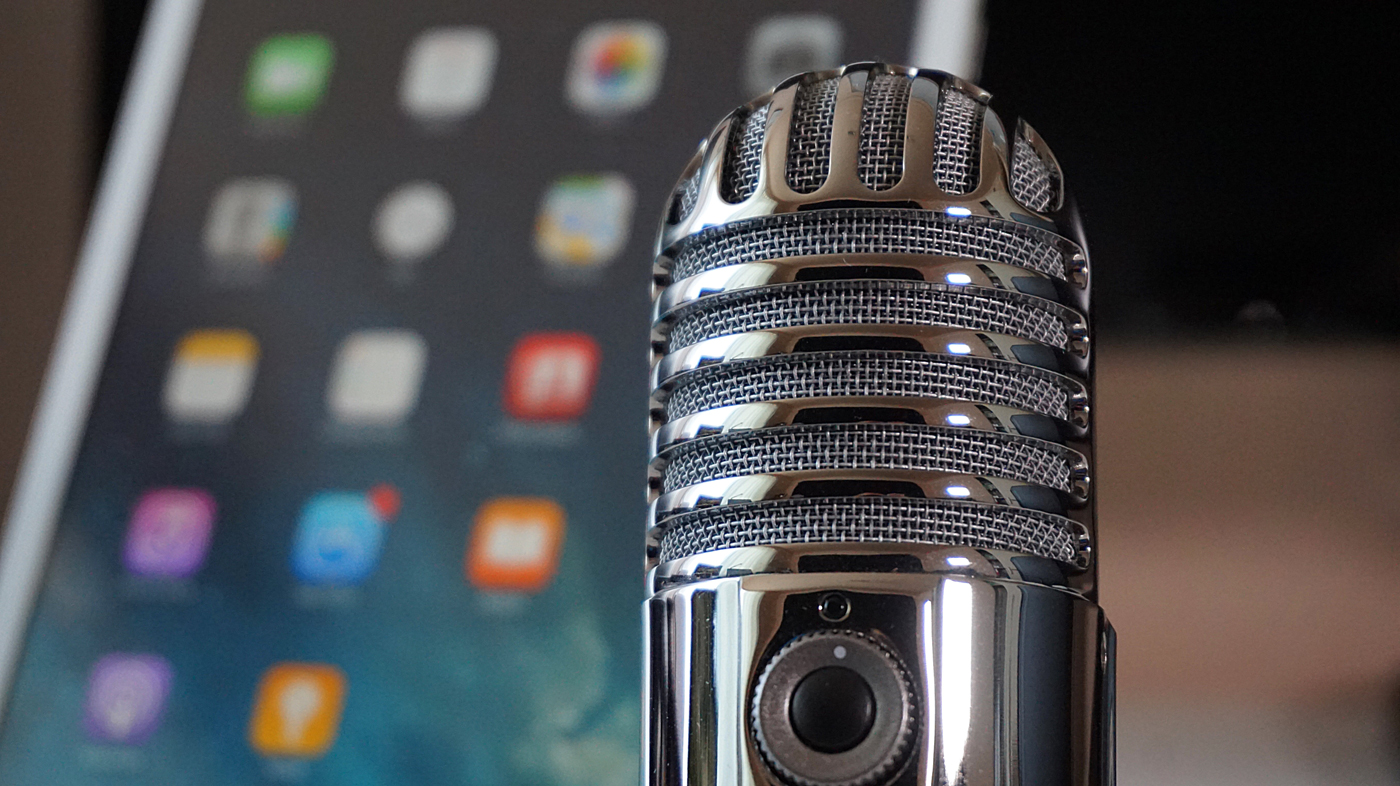 If you like Russell Kane’s stand-up comedy, you’ll love his new podcast, where he tries to change our perceptions of famous heroes and villains throughout history. In each episode he’s joined by a different panel of guests to scrutinise the life and work of some of the great achievers from history – but to also expose their darker side, which you may or may not know about.

Subjects include Roald Dahl, Steve Jobs and Gandhi, all of which you might assume are straight-up heroes. But wait until you hear the counter arguments first before making your final judgement.

The podcast also flips it the other way, posing whether figures such as Pablo Escobar and Hugh Hefner had redeeming features.

Kane acknowledges that we now live in a world where it’s impossible to make reductive conclusions – but that’s exactly what he wants his guests to do.

Speaking to Metro.co.uk about the podcast, he said: “It’s either black or white, and artificially makes people choose it – it gets interesting quick. If I say to you, “right, Gandhi – evil or genius?” you can’t answer, it’s more complicated than that. That’s when I saw the light. Forcing people to have simplistic opinions is a rather good parlour game, but weirdly interesting given this era of living in polite society, where everything is nuanced.”

Intrigued? Evil Genius with Russell Kane has just recommenced with a new series, where figures including footballer George Best and Adi Dassler, founder of Adidas, are assessed by the panel.

If you’re a fan of podcasts, you’ll be pleased to hear that the BBC announced 20 new ones at the start of 2020. One of our favourites is James Acaster’s Perfect Sounds.

Perfect Sounds is based on comedian Acaster’s belief that 2016 was the best year ever for music – he has even written a book putting forward his argument called Perfect Sound Whatever.

Due out in April, the podcast will see him joined by fellow comedians to discuss his selection of tracks. There aren’t many more details than that at the moment, but keep your eyes peeled. One thing is for certain: they’ll be plenty of laughs.

In the meantime, check out Acaster’s other podcast, Off Menu, which he hosts alongside his friend and fellow funny man Ed Gamble. The concept of the podcast is a simple one: each guest picks their favourite starter, main, side, dessert and drink, and discusses their life and career in an enjoyably roundabout way. Guests so far have included musician Mike Skinner, magician Dynamo and writer-director Armando Iannucci.

Other hot podcasts to listen to from the BBC include Americast with Emily Maitlis and Jon Sopel; the psychological murder drama This Thing of Darkness; and a new talk show from Radio 1 Xtra’s DJ Dotty. 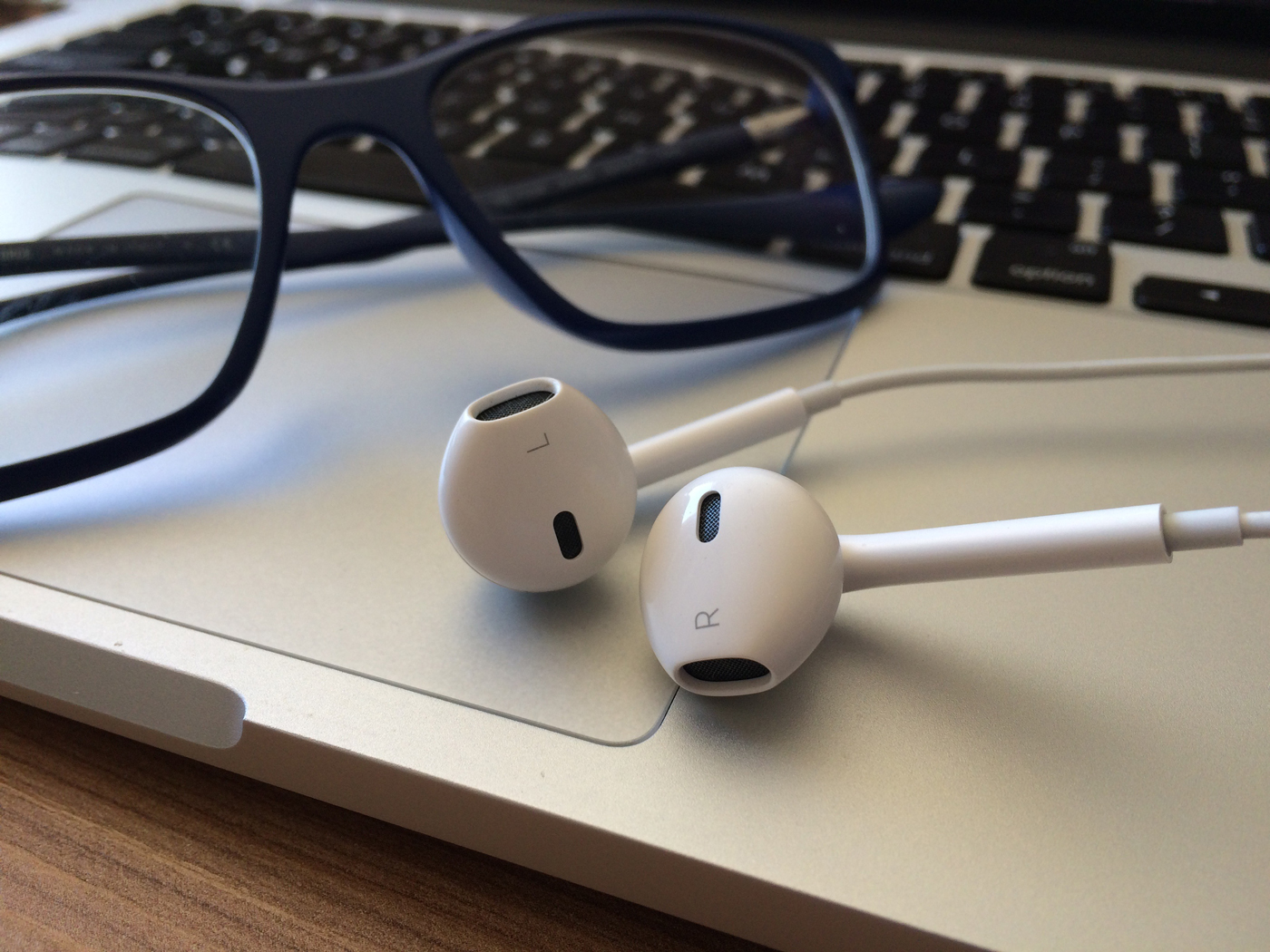 What to Watch on Netflix

There is so much content on Netflix now, it’s hard to know where to start! What should you spend your precious weekends watching? Well now a new podcast helps you decide exactly that.

Hosted by DJ Dotty and TV guru Jamie East, the podcast walks you through some of the best new shows to hit the streaming service.

Produced by Netflix themselves, you shouldn’t expect too much in the way of critical evaluation – but you can expect interviews with some of Netflix's biggest stars and creators.

It’s all about hooking your interest in a show that might otherwise be off your radar. Plus, you tend to be that bit more invested in a programme when you know a bit about what’s gone into making it.

You're Dead to Me

Who said history can’t be fun? If you’re a history buff, the You're Dead to Me podcast is a definite must-listen. Greg Jenner, who you might know from Horrible Histories, takes the lead and with a historian and a comedian he makes history interesting for the masses.

Jenner explains that bringing a comedic side to history helps with “communicating the complexities of the past to a general public who might have found the subject to be bewildering, boring, or irrelevant”.

The first five episodes tackle Boudica; the Spartans; Blackbeard the Pirate; the history of men’s and women’s football; and Harriet Tubman. So get stuck in! Trust us when we tell you the show will quickly have you coming back for more.

So, there you have it! We hope to have inspired you to up your podcast game in 2020. And the wonderful thing about the podcast genre is that you never know what show is going to come out of the woodwork and capture your attention.

Podcasts don’t tend to get the same coverage and film and TV, so it’s worthwhile keeping your ear to the ground to find out about the shows everyone is talking about. The podcasts charts on the respective channels are also a good way to discover a new show. 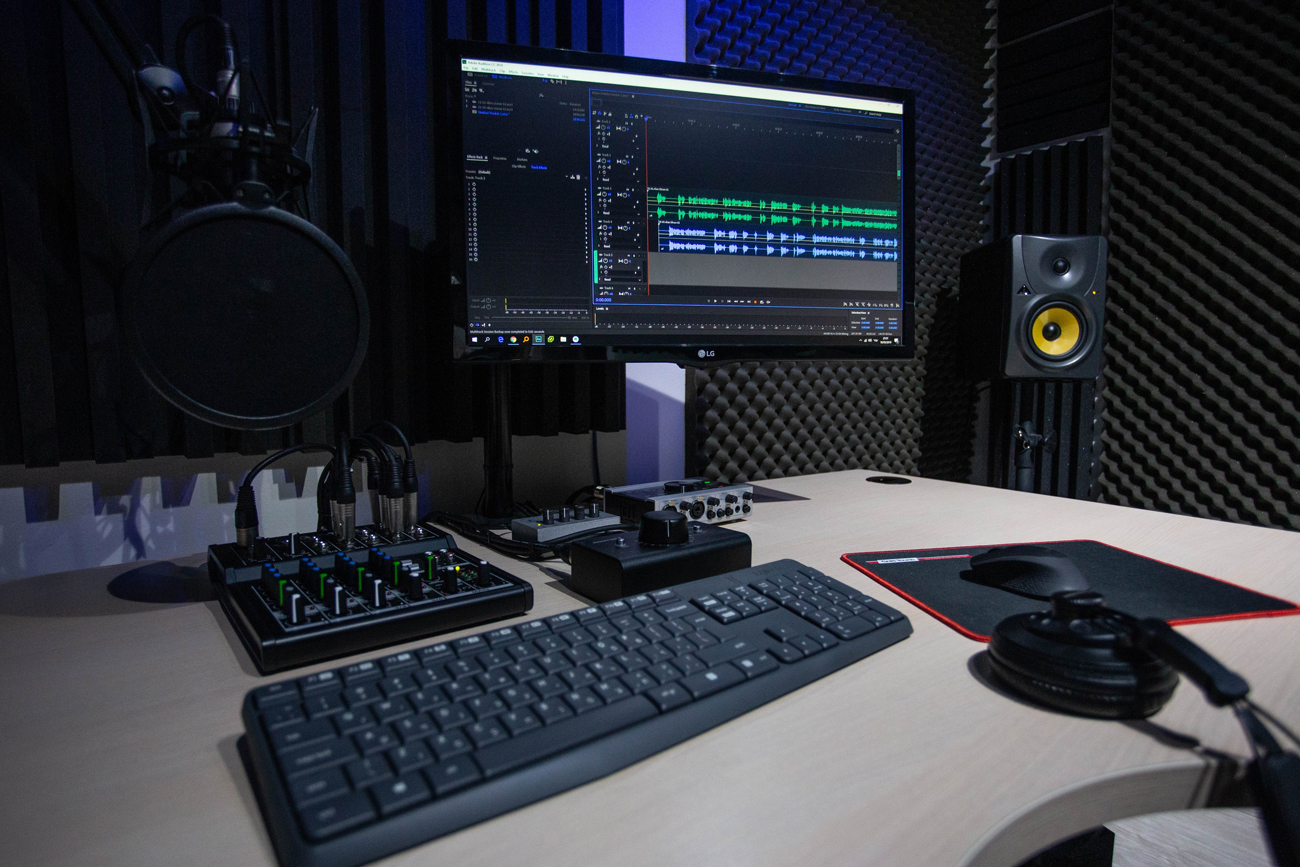 Insure your tech with gadget insurance

Before you load up your smartphone or tablet with a host of new podcasts to listen to this weekend, make sure your devices are covered with gadget insurance.

Your home insurance policy may not include adequate cover for expensive tech, so it’s always worth checking the smallprint. A specific gadget insurance policy could provide you with more thorough protection, at a price that beats the insurance offered by mobile networks or high street retailers.

Benefits of a policy through Gadget Cover can include things like instant cover, protection for your accessories like headphones, plus you’ll get one month’s cover for free!

Our cover is Defaqto 5-star rated and you can get a quote in seconds.

Protect your gadgets by getting insured today!