Did you know that smartphones are the biggest selling gadgets in history? 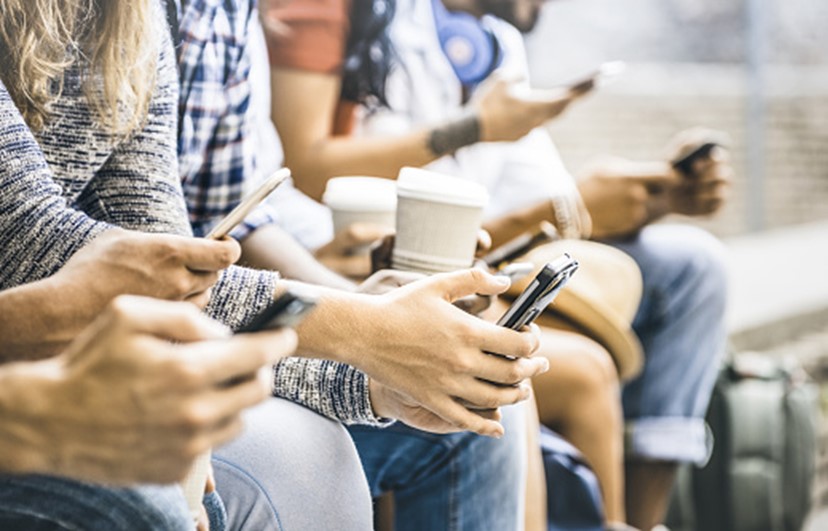 It’s hard to imagine our lives without gadgets. But for many people – older generations in particular – that was the way it was just a couple of decades ago.

Sure, technology existed, but it was nowhere near as advanced or mainstream as it is today.

If you’re of a certain age, you’ll remember writing letters as a way of keeping in touch with friends and family, or visiting the local library to uncover answers to your burning questions. And remember when phone boxes were actually used for their intended purpose?

While there’s certainly a few things to say about the not-so-good effects of ‘too much tech’, there’s no denying that gadgets have helped to make our day-to-day lives that little bit easier. And it’s hardly surprising that the smartphone tops the list of most-loved gadgets.

Whatever gizmos you have in your collection, you’ll want to protect them with quality gadget insurance.

Gadget Cover policies give you peace of mind that if your tech is accidentally damaged or stolen, you won’t be left out of pocket. For added protection, you can also add cover for loss of your gadget.

Why are smartphones the biggest selling gadgets?

It’s easy to see why smartphones are the biggest selling gadgets in the world. After all, there’s no other gadget that can do everything a smartphone can do, and easily slot into your pocket or bag!

The modern-day smartphone combines the best of all worlds. It can be used as an iPod, personal computer, games console and even an eReader.

It’s the most practical piece of a tech out there – hence why many of us couldn’t live without one!

In a 2015 Business Insider article, the smartphone is hailed ‘ubiquitous, addictive and transformative’ by the writer. They continue: “Much as the car and the clock did in their time, so today the smartphone is poised to enrich lives, reshape entire industries and transform societies – and in ways that Snapchatting teenagers cannot begin to imagine.” 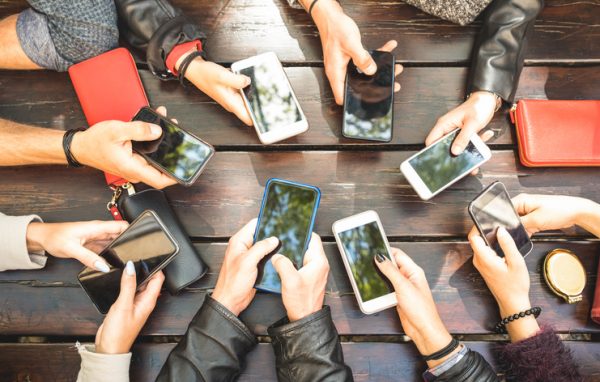 How many smartphones were sold in 2018?

Executive director of Strategy Analytics, Neil Mawston, called it a “landmark event” saying that it was “the first time ever in history the global smartphone market has declined on a full year basis.”

But this isn’t to say the market is struggling – far from it in fact. Manufacturers still managed to sell 376 million devices in the last three months of 2018 alone, taking the annual total to a whopping 1.43 billion smartphones sold.

Broken down by manufacturers, Apple and Samsung sold fewer phones in 2018 than they did the previous year.

This wasn’t the trend among all manufacturers, however. Newer names in the smartphone market saw sales increase.

Huawei is predicted to have sold 35% more devices in 2018 than the previous year, at 205.8 million, placing it just behind Apple. Xiaomi also went from selling 91 million devices in 2017 to 119 million last year.

How many smartphones are active in the world?

Statistics shared by Techjury reveal that there are a whopping 2.7 billion smartphone users around the world – this means that nearly one third of the global population owns a smartphone. And next year, this figure is expected to grow to 2.87 billion.

Here are some other interesting statistics cited by Techjury:

When it refers to ‘mobile connections,’ it means connections that come from people with multiple devices, dual SIMs and integrated devices like the ones found in modern cars.

Citing GSMA real-time intelligence data, BankMyCell explains that there are now more than 8.98 billion mobile connections across the globe, trumping the global population of 7.69 billion people. And there are 5.13 unique mobile subscribers.

The data is further broken down into smartphone users and market penetration. China is home to the largest number of smartphone users, at over 775 million, but with a population of 1.39 billion the penetration rate stands at just 55.6%.

The United Arab Emirates actually has the highest smartphone penetration rate, with 82.2% of its population owning a smartphone.

Here in the UK, with a population of 65.91 people, 46.64 million own a smartphone – meaning the penetration rate stands at 70.80%. This figure is just a little behind the US, where 71.5% of its population has a smartphone.

Get your tech insured with Gadget Cover

With devices becoming more and more high spec, and therefore more expensive, taking out gadget insurance should be one of your top priorities.

Whether you need your mobile phone, iPad, Apple watch or another device protecting, Gadget Cover can pair you up with a policy to suit your needs and budget.

A specialist gadget insurance policy gives you comprehensive cover for a great price – you’ll find that it’s much more affordable than those offered by high-street retailers or mobile networks.

Gadget Cover’s policies are rated five star by Defaqto, meaning they’re some of the best on the market.

Plus, you’ll receive additional benefits like instant cover, one month of free insurance and cover for your gadget’s accessories, too.

Don’t wait around to protect your gadgets – get a quote today!