Did you know that there are more gadgets in the world than people?

How many gadgets do you own? One? Three? Five? Maybe more.

Chances are, most of us own at least one device that fits into our pocket or bag.

Technology has become a vital part of the modern world and we are increasingly reliant on it. As a result, the number of devices is growing by the day. In fact, there are now more gadgets in the world than humans.

First, it was mobile phones. 2014 was the year when there were officially more mobile devices than people in the world. Three years later, Internet of Things (IoT) devices had outnumbered the world’s population as well.

Looking at those facts in a bit more detail, we discover that the point at which mobile devices outnumbered humans was around the 7.19 billion mark. Today, GSMA’s real-time tracker puts the number of mobile devices at 8.9 billion and counting.

It’s a similar story with IoT devices. According to analyst firm Gartner, the crossover point came when the number of IoT devices in the world reached 8.4 billion in 2017.

When you consider that the current population of the world is 7.6 billion, it’s clear that unless we all decide to go on a permanent digital detox, from now one there will always be fewer humans on earth than gadgets.

Phones are the one gadget many of us can’t do without. They are the fastest growing man-made phenomenon to date, and plenty of us are merrily swiping, scrolling and browsing our way through life.

According to Ofcom’s Communications Market Report, the average British adult checks their phone every 12 minutes. Of course, we’re not using our phones to make calls – what an old-fashioned notion!

Research by Ofcom shows that half of UK adults believe their life would be ‘boring’ without the internet, with around a third saying they feel lost or cut off without it. Which is why it’s so important to have quality phone insurance in place.

Digging a bit deeper into the research, we can see the nation’s phone obsession starts the moment we wake up and lasts until the moment we fall asleep. 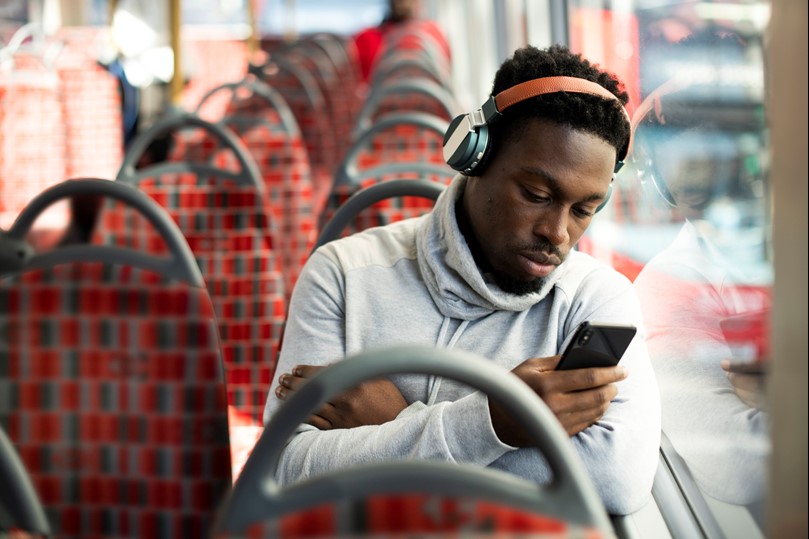 Whatever the Internet of Things is today, it is changing rapidly and could be completely different in the near future. As a result, predictions about the prospects of the IoT – its size and impact – vary greatly.

It’s virtually impossible to predict how many IoT devices there will be by 2020. But that doesn’t stop people having a crack at it.

Check out some of the stats…

According to a 2015 report by Ericsson, there will be 29 billion connected devices and 18 billion IoT devices by the end of 2022. While Bain & Company forecasts that the market for the IoT will grow to about $520 billion by 2021.

These predictions about how many IoT devices there will be by 2020 fluctuate hugely, but they’re all in agreement on one thing: we will see a significant rise of IoT devices in the coming years. And with that comes a rise in the need to protect those gadgets with quality gadget insurance.

As technology advances, so too does IoT. It grows as the cloud grows, expands as network capabilities expand, and scales as analytics tools scale too.

This growth in the number of IoT devices is being driven by customer demand. As consumers, we want gadgets that give us greater convenience, make tasks simpler and that look cool. Businesses are tirelessly working to create smarter gadgets and devices to meet those expectations. That’s why we should be making sure we take out the right gadget cover to protect them.

Over the past decade our gadget habits have changed a lot.

Back in 2009 we were merely dabbling with smartphones. We hadn’t given much thought to the fact that in a few years’ time there would be more phones than people. And most of us hadn’t heard of the Internet of Things, let alone pondered ‘how many IoT devices are there in the world?’

Today, research suggests that Brits are spending more time using gadgets than they are sleeping. Ofcom revealed that six out of ten people consider themselves to be so hooked on their gadgets it is disrupting their work, home or school life. This has led to many of them missing out on sleep or time with the family.

In the space of ten years, many of us have gone from light-use to pretty heavy-use of our devices. But we are becoming more aware of this over-reliance. In the past year, 15 million people in the UK took a break of between a day and a month from their devices.

Could we be seeing more of these digital detoxes in the future?

The changing world of gadgets

With faster communications, smaller components, and cheaper parts, the world of technology moves incredibly quickly. According to Ofcom, 54% of households in the UK have a tablet (that figure was just 2% in 2011).

And as tech changes, so too do the gadgets we use. But this can create a minefield for many users.

Sometimes it can feel like the tech industry forgets how confusing tech can be for people. It assumes we all understand what an app is, that we all know what to do when asked to ‘enter your WiFi password’, that we actually want to manage our Bluetooth device list, and that we know how Facebook ad targeting works.

For parents, that minefield can feel even more hazardous. There is a continual need to understand the gadgets children are playing with; smart toys, robots, and virtual reality headsets are just some of the ‘toys’ available to kids today.

The fast pace of the tech industry combined with the fact there are now more phones than humans, is it any wonder that many assume their phones are listening to them?

When it comes to gadgets, sometimes you have to take the high with the lows. We’ve all been let down by troublesome technology – and we’re consistently amazed just how unreliable it can be.

When your phone or laptop suddenly refuses to play ball, most of us will furiously tap, swipe and tut very loudly. Eventually, it starts to behave again. But not every time.

It’s frustrating, and our gadgets are on the receiving end of that frustration. A study commissioned by mobile tech support provider Wiztek revealed that 15% of adults have attempted to destroy their gadgets when they encounter an issue. That issue might be sporadic WiFi connection or a barrage of pop-up adverts – whatever it is, it’s frustrating.

According to the study, eight million Brits have broken their gadgets out of impatience and frustration. Time to think about getting those gadgets insured? While a third of those questioned admitted getting so fed up they end up purchasing a completely new device rather than getting the unreliable one repaired.

Which leads us onto the next question: when it comes to gadgets, what’s the right amount?

Some people would argue you can never have too many gadgets. For others, a phone is all they need. There is no perfect number of gadgets to own, but it’s important to remember that devices like mobiles and tablets exist to make our lives easier, not to make them more complicated.

If you’re constantly buying new gadgets, you’re probably replacing a lot of your tech quite quickly. If this is the case, make sure you are also updating your gadget insurance policy with the relevant details.

Technology is valuable, so don’t throw it away. Instead, exchange, sell and recycle your old gadgets to save money – and the planet.

And if you do have lots of gadgets at home, multi-gadget insurance cover might be the right option for you to make sure everything is covered in one handy place.

Gadgets often don’t come cheap and being ‘mobile’ devices, they are more vulnerable to the risk of theft, loss or damage when we’re out and about.

If you drop your phone or device into water – maybe down the toilet or in the bath – you’re not the first, and you certainly won’t be the last. Our default setting is to panic, but if you act fast, you’re in with a chance of saving it.

Obviously, the first thing to do is to remove it from the water as quickly as possible. After that, there are a few dos and don’ts to remember.

But you should not:

No matter what life throws at your gadgets, having quality mobile phone insurance gives you peace of mind.

Things to remember when insuring your gadgets

Before you take out a gadget insurance policy, there are a few things to be aware of.

First up, before signing anything, make sure you read the contract carefully. Certain exclusions apply on policies – e.g. you won’t be covered if you’re not able to provide proof of purchase or there are no signs of forced entry after a theft from your car or home.

Secondly, you want to be sure you are eligible. For example, lots of insurers require the device is less than 18 months old when you purchase the policy. Other restrictions include being able to provide proof of ownership and that the device was bought as new or refurbished.

Get peace of mind with Gadget Cover

With more than 20 years of experience, Gadget Cover wants to make quality insurance more affordable. Don’t pay too much for an insurance policy from your mobile network or a high street retailer. Gadget Cover offers instant cover at great prices.

And with additional benefits ranging from one month free on annual policies to unlimited claims on gadget insurance, you can be sure of getting a great deal.

Get a quote and start protecting your gadgets today.