Do I have to pay roaming charges when I use my phone abroad?

Your mobile phone is essential when you go travelling – from making easy payments to navigating your way around, it can help in almost every situation. However, sometimes using your phone abroad isn’t the cheapest thing to do! Read our Gadget Cover guide to roaming charges to find out what you might need to pay and what, if anything, you can do to avoid a big bill on your return.

Wherever you’re travelling, remember to always have the right mobile phone insurance in place to protect your device. Call Gadget Cover and we’ll get you well prepared for your next overseas adventure in an instant!

What are roaming charges?

When you’re using your mobile phone outside the UK, you’re classified by your UK network provider as ‘roaming’. So, as soon as a foreign network detects the presence of your phone nearby, you’re roaming. And when this happens, you could end up being charged a lot more for using the internet, making calls and sending texts. These so-called roaming charges are an additional extra cost you pay on top of your standard phone contract minutes, text and data allowance. All because you’re using your phone abroad.

What are the current rules and why have they changed?

Years ago, every summer the papers would be full of horror stories about unwitting holidaymakers who had racked up thousands of pounds in phone bills while away. From calls back to the UK by home-sick kids to apps constantly updating in the background any phone owner would be left thinking, ‘I’m glad it’s not me!’

However, back in 2017, for UK customers travelling within Europe at least, this changed. It was decided that in an age of free, borderless movement these roaming charges for customers within Europe were unfair. So, the EU’s ‘Roam Like at Home’ initiative banned mobile networks from charging for roaming. This included EU member states plus Iceland, Liechtenstein and Norway (subject to fair usage rules). The initiative applied to Brits abroad just as it did to EU citizens travelling in the UK.

Brexit has now changed that, and UK citizens are no longer covered by 'Roam Like at Home'. This means providers can now impose roaming charges similar to those charged for mobile phone use in other countries around the world. Although the government has encouraged them to ensure the charges are transparent and reasonable. The UK has also passed laws to protect customers including:

At first, it seemed that while UK mobile phone users would no longer receive free roaming in the EU by law, the major UK networks would still let you roam for free. Unfortunately, in recent months this has slowly begun to change, particularly for new or upgrading customers.

What are the big networks doing?

From May 2022, Three will charge £2 a day for you to use the minutes and data from UK contracts in EU countries. This charge will apply to customers who have signed up to a new or upgraded contract from October 2021.

It’s also announced that its Go Roam benefits, which allowed free roaming in 71 countries including the US, Australia and Hong Kong are being dropped. Instead, new and upgrading customers will need to pay £5 a day for roaming.

If you’re a customer who joined or upgraded after July 2021, then EE will charge you £2 a day for roaming in 47 European destinations. This change will take place in January 2022.

Vodafone is also making changes to its charges from January 2022. For new and upgrading customers roaming will cost £2 per day. However, if you buy either an 8-day or a 15-day roaming pass that charge will drop to £1 per day. For customers on its more expensive Xtra plans, roaming will be included at no extra charge.

Unlike the other big network providers, O2 says it’s not planning on introducing roaming charges.

Other big names like Asda Mobile, Sky Mobile, Tesco Mobile, and Giffgaff have all said they aren’t currently planning to reintroduce roaming charges. Although this could change, so be sure to check before travelling abroad or signing up with one of these providers.

Could you be hit with any other charges?

While these roaming charges may not be astronomical there are still ways to build up a hefty phone bill when away. For example, if you go beyond your monthly usage allowance when roaming then it’s possible you could be charged up to £7 per extra GB of data you use.

And that’s not all. Many providers impose ‘fair use limits’ on the amount of time or data you can use when abroad. And these limits are sometimes below what you’d get at home. So always be mindful of your cap and stick to it!

For EE pay monthly customers the data limit is 50GB with a charge of £3.60 per GB after that. For PAYG users the cap is 25GB.

Three has cut its data limit from 20GB a month to 12GB. And will now charge £3 per GB after that.

But there’s something else you need to be aware of if you're roaming for an extended period of time. Networks will usually say in their fair usage policies that they'll ‘monitor your usage’ when abroad. This means that if they find you’re spending more than half your time outside the UK they might add an extra charge to your account. This usually happens after being in another country for more than 62 days in a four-month period. But if they do decide to charge then they should send you an alert first.

What about traveling outside of Europe?

If you’re used to travelling outside of Europe then you’ll probably be aware of the higher amounts some network providers can charge. Imagine being charged £7 per MB for data or £3 a minute to make or receive a call! It’s easy to see how a nasty phone bill could mount up on even a short trip.

So, if you’re thinking of travelling to somewhere new and exciting next year make sure you read up on the roaming charges before you do. There are some surprisingly common holiday hotspots that could leave you out of pocket if you haven’t planned beforehand.

For example, consumer magazine Which? calculated a holidaymaker in Dubai taking a photo and uploading it to the cloud could be charged a whopping £52.70!

If you do decide to go to such a destination, be aware of these other common hazards: 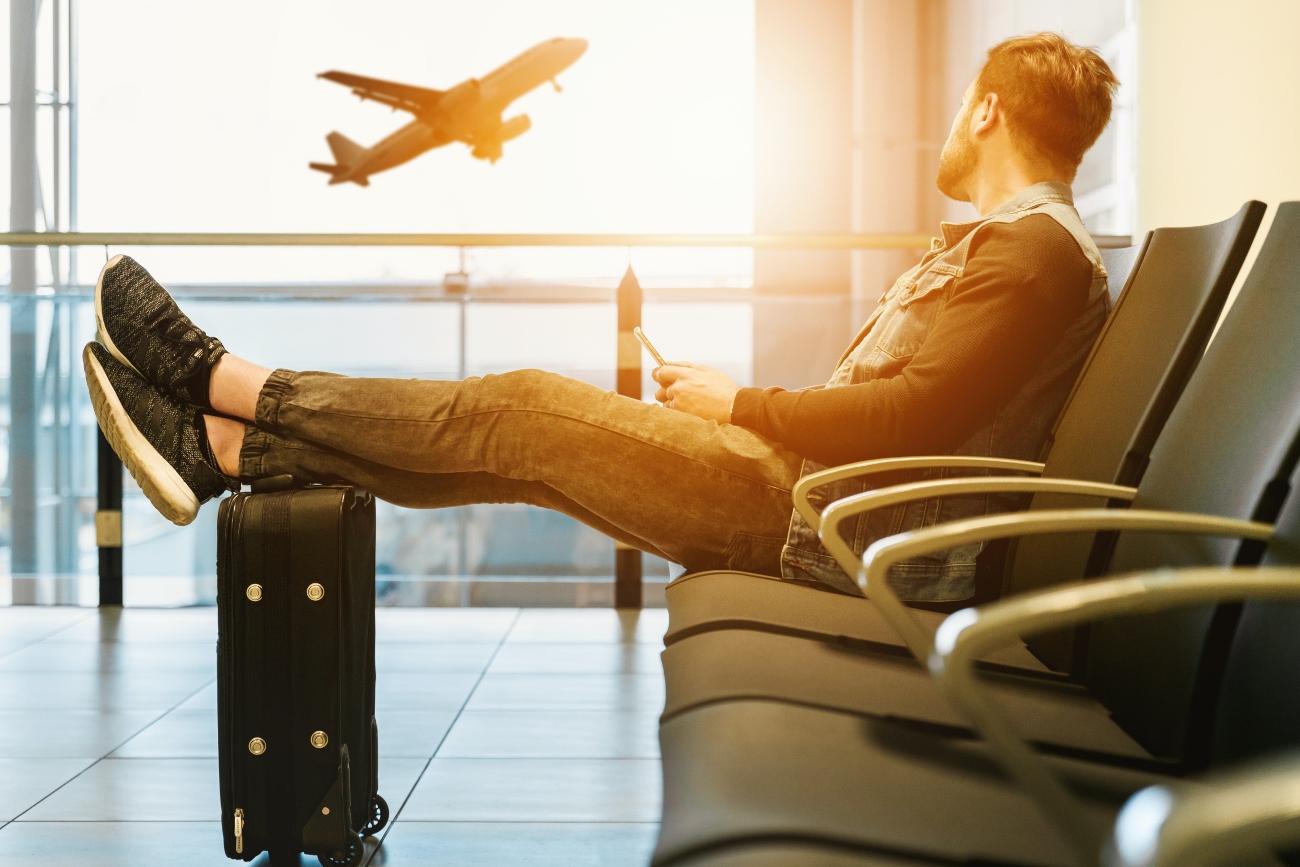 How to save on using your mobile abroad

By far the easiest way is to take a break and turn off roaming through your mobile phone. That way you won’t need to worry about whether or not you’ve accidentally exceeded your allowance.

Use the local Wi-Fi

Many hotels, bars and restaurants will have free Wi-Fi available to guests so you can avoid using up your data allowance.

Whether FaceTime, Skype, WhatsApp or Facebook Messenger there are huge numbers of great internet to phone calling apps that won’t eat into your call allowance.

While browsing the internet is one thing, downloading hefty files is quite another. If you’ve got some favourite tunes or movies you want for your holiday then downloading them before you go is a wise idea.

And it’s not just entertainment you might need. Boarding passes, ferry tickets and road maps might also be worth downloading for offline use. You can also take screenshots or photos of other useful information you want to refer to during your trip.

Check your destination roaming costs before you travel

Whether you’re travelling within Europe or further afield, it’s well worth checking up on roaming charges before you go. As they always say, forewarned is forearmed.

Take extra care if you're at sea

No, we don’t mean keeping an eye out for icebergs or pirates! Using your phone when at sea or on a cruise can lead to a big headache in terms of your phone bill. When you’re at sea it’s all too easy for your phone to connect to a neighbouring country’s network. And if that country isn’t in Europe then you could see big charges. Remember to protect your phone from theft on board, too, with mobile phone insurance.

Speak to your provider

It's often worth checking if you can get an additional overseas data bundle from your network. These can often work out cheaper than its standard rates when travelling abroad. Bear in mind, though, that even buying a bundle can work out to be expensive if you don’t watch your usage.

If you're a frequent traveller, plan to use your phone a lot or are going away for a bit longer than usual, you may be better off getting a specialist sim card. Your three main options are to: 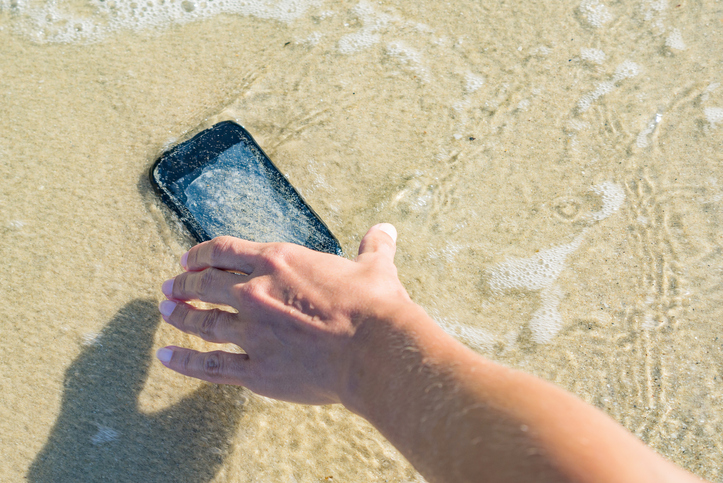 Having the right mobile phone insurance for when you travel abroad is an important part of pre-trip planning for any wise adventurer. At Gadget Cover we have a range of policies available to protect your valuable phone. We can cover common issues such as accidental damage, liquid damage, theft, breakdown and unauthorised usage. And for an additional premium, policies can also cover you for loss.

Our specialist team has over 25 years of experience finding the very best cover to suit both business and individual requirements. So whether you’re flying off for business or pleasure, worldwide cover up to 180 days in any one year is available. Policies can also cover any accessories (up to £150) if they’re lost, stolen or damaged at the same time as your phone.

Get a quick quote for mobile insurance from Gadget Cover today.