How many people own a phone in the UK? 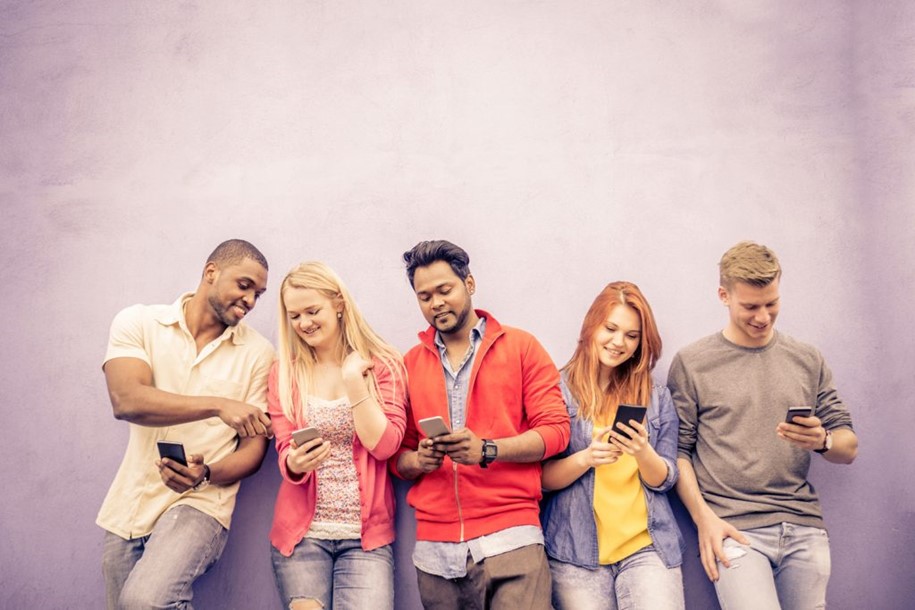 These days, it seems like everyone has a phone. Whether you’re in the office, on the train or lounging next to the pool on holiday, if you look up, chances are you’ll spot someone looking down at their device!

For many of us, our smartphones have become our digital companions. Aside from the most basic functions of calling and texting, we use our phones to wake us up in the morning, tell us what the traffic is like or let us know what time our next meeting is. We’ve become so incredibly reliant on our smartphones, it’s now hard to imagine life without them!

Got a smartphone? Get covered!

If you depend on your device, then taking out mobile phone insurance is a must, especially if you’re the owner of a sophisticated (and therefore expensive) smartphone. Insurance offers protection in the event your phone is lost, damaged or stolen.

Gadget Cover compares policies from leading providers to find you the best deal for your needs and phone – but we’ll get to that later! For now, we thought we’d answer all those burning questions you have about smartphone usage in the UK…

How many people own a smartphone in the UK?

Before we answer this, it’s useful to know the current population in the UK. According to Office for National Statistics figures shared by Tiger Mobile, there are around 66 million people living in the UK. Broken down into countries, it looks like this: England = 55 million

A more recent report from Statista breaks down smartphone usage between 2012 and 2018 by age group. Here’s a table of the findings:

These figures demonstrate how smartphone ownership has increased significantly in recent years. In particular among the younger age groups; now 95% of people aged 16-24 and 25-34 year olds have a phone, compared to a respective 66% and 60% in 2012.

What phones are the most popular?

If you were to guess which brand of smartphone was most popular here in the UK, what would say? If you guessed Apple, you’re right!

According to the most up-to-date figures from Statcounter, from March 2019, just under half (49.25%) of all smartphone owners in the UK have an iPhone. Samsung is in second place, accounting for 29.18% of the market, followed by Huawei (7.3%).

But what about mobile phone operators? Wikipedia figures cited by Tiger Mobile break down operators by number of subscribers based on their business reports. The data looks like this:

What percentage of millennials own a smartphone?

Most millennials (defined as people aged 21 to 37) have grown up surrounded by tech, and so it’s hardly a surprise that they have one of (if not the) biggest market shares in terms of smartphone ownership.

Using Statista data, coupled with Pew Research Centre figures showing that 92% of American millennials own a smartphone, we can estimate around 92-95% of millennials in the UK have a smartphone.

Interestingly, in a YouGov study conducted in 2018, millennials confessed to wasting too much time on their devices. They were more likely than older generations to agree to the statements, ‘I waste too much time on my smartphone’ (51% agreed) and ‘I think I could be more productive if I didn’t have my smartphone with me’ (42% agreed).

On the other side of this, 43% of millennials actually believe their smartphones have strengthened their relationships with other people. Only 35% of gen X’ers (born between 1965 and 1981) and 27% of baby boomers (born 1946 to 1964) think the same.

How long does the average person spend online?

Across the board, the average smartphone user now spends over one day every week online. This is according to a landmark Ofcom report on the impact of the ‘decade of the smartphone,’ cited by the Telegraph.

People are online for an average of 24 hours a week, which is twice as long as a decade ago. One in five adults spend as much as 40 hours every week surfing the web. Ofcom says this increase is largely down to the rise of smartphones.

As the newspaper explains, the rise in online time also has a lot to do with the increased use of the internet by people aged 16 to 24, who are on the web for an average of 34.2 hours a week. For the very first time, women are spending more time online than men – this is attributed to a rise in internet use by 18-34 years olds along with the social media boom. Women spend around 30 minutes more a week on the web than men.

What about smartphone use in particular?

The amount of people using their phones to access the internet has increased from 20% nearly a decade ago, to 73% in 2018. We now spend an average of two hours and 28 minutes a day on our phones – unsurprisingly, increasing to three hours and 14 minutes among smartphone users aged between 18 and 24.

A total 72% of adults call their smartphone the most important piece of tech for accessing the web. Seventy-one per cent claim to never switch off their phone, and 78% admit that they couldn’t live without it.

Ofcom’s Director of Market Intelligence, Ian Macrae, rightly acknowledges that people’s lives have been transformed by smartphones over the past decade.

He added: “Whether it’s working flexibly, keeping up with current affairs or shopping online, we can do more on the move than ever before. But while people appreciate their smartphone as their constant companion, some are finding themselves feeling overloaded when online, or frustrated when they’re not.”

If you need to redress the balance between tech and real life, check out these top tips shared by Inc.

There’s an app for that!

Every smartphone owner has a good collection of apps on their device, but which ones are the most popular? Ofcom figures shared by Tiger Mobile show the apps with the biggest outreach among UK adults are:

What do we use our phones for?

The most recent Communications Market Report from Ofcom has interestingly looked at the ways we use our smartphones when commuting to and from work.

The most popular online and on-demand smartphone activity among commuters aged 18+ was sending and receiving text messages/instant messages, with 43% saying they did this. Next was accessing social media sites (32%), followed by general web browsing (27%), sending and receiving emails (25%) and online shopping (24%).

Twenty-three per cent of commuters said that they use the time travelling to and from work to catch up with the news, while 22% listened to downloaded music and 21% used the time to carry out online banking tasks.

At the bottom of the list was listening to podcasts and watching streamed and downloaded TV programmes, full-length films or short video clips (all 5%), and listening to audiobooks (4%).

And finally, some smashing statistics

While smartphones have come a long way in the past few years, there remains one issue that manufacturers just can’t seem to resolve: fragile screens.

Just under one quarter (24%) of people have broken their smartphone screen in the last two years, a study from Mintel shows.

British smartphone users aged 16-24 are the most accident prone, with almost half (48%) breaking their screen over the past two years – rising to 51% among women this age. To compare, only 7% of smartphone owners aged 55 and over have dealt with a smashed screen over the same period.

In terms of location, people living in the capital (33%) and West Midlands (28%) are most likely to have fallen victim to this modern-day bugbear. This compares to less than one in five (18%) living in the South East and East of England.

As Mintel points out, foresight is a wonderful thing – and thankfully, 26% prepare for such eventualities by taking out mobile phone insurance. This figure rises to 33% among the most clumsy 16-24 age group.

Get your smartphone covered with Gadget Cover

Whenever you take your phone out and about with you (which is likely to be all the time), you’re at risk of things like theft, loss and damage. Without cover, you’d have to fork out to repair or replace your phone – with the bill potentially running into hundreds of pounds. And if you’re tied into a contract, the costs could be even higher.

Specialist mobile phone insurance will make sure you and your device are properly protected. Gadget Cover compares quotes to find you the best cover for the right price, with each policy packed with a great range of benefits as standard, including:

Start protecting your tech today by taking out mobile phone insurance with Gadget Cover. Get a quote!