There’s no doubt about it – we are a nation in love with our smartphones! With their amazing functionality they can be loaded with features and apps to turn them from a mere calling device into diaries, calendars, watches, fitness trackers, entertainment and news sources and so much more. All this while fitting snugly in our pockets or bags.

So, whenever phone behemoth Apple releases a new software update for its iPhone stable there is great interest from far and wide. And not just from iPhone owners. After all, what Apple does today Samsung and Huawei may well do tomorrow! And vice versa.

The latest update is iOS 14, perhaps the most far-reaching visual facelift in years. From a redesigned home screen and AirPods update to the all-new App Clips and an improved Siri and Apple Maps experience, there’s lots to get excited about.

Whether you’re an iPhone enthusiast or an Android loyalist you’ll need smartphone insurance to make sure your tech is safe from a wide variety of dangers.

As you would expect from Apple, downloading iOS 14 is pretty straightforward. Simply do the following:

If you can’t update wirelessly then you can update manually via a trusted computer. On a Mac with macOS Catalina 10.15, open Finder. On a Mac with macOS Mojave 10.14 or earlier, open iTunes. Connect your phone to the computer and locate your device. Click General or Settings, then click Check for Update. Choose Download and Update. If asked, enter your passcode. 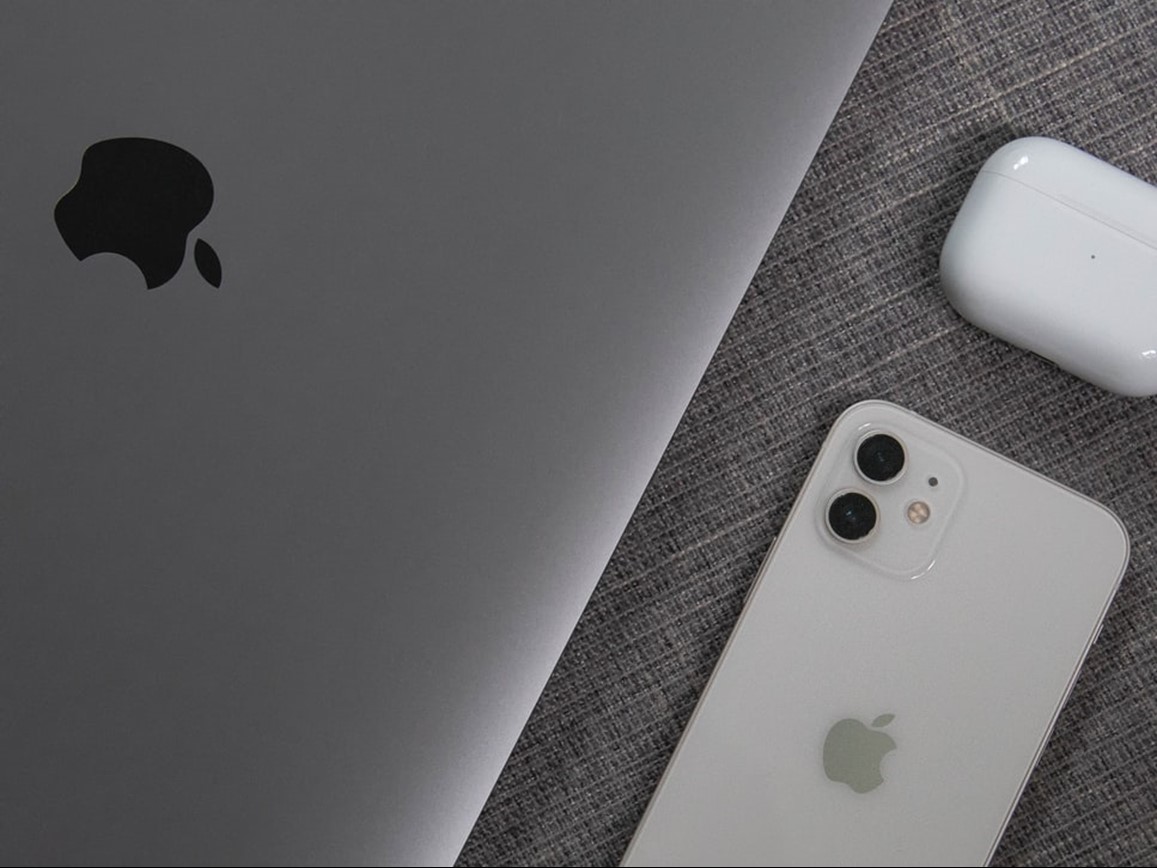 Top new features for you to explore on iOS 14

Now you’ve got iOS 14 on your iPhone, here’s a quick overview of just some of the most popular features which you should definitely explore.

There are two great changes to the home screen in addition to the fresh new look it’s been given. Instead of widgets being relegated to the Today feed, you can now add them to your home screen. To help organise your life there’s a handy Smart Stack widget that will show you widgets when it thinks you need them. For example, when you first wake up in the morning it will set your news widget and your calendar widget on your screen. Getting ready for the day has never been easier.

Another change is the App Library. Similar to the App Drawer for Android phones, it groups apps into visual folders based on category. As well as the folders there’s also a search bar at the top, so you’ll never struggle to find an app again!

Say farewell to storage warnings with the new App Clips feature. While it might sound innocuous enough App Clips are essentially mini apps which only appear whenever you need them. They're small – less than 10MB – fast, and designed to just be there for a few set tasks and then disappear from your phone, along with all that pesky data. They’re a great way for phone users to quickly access and experience what apps have to offer. So there should be no more downloading apps which you use once and then forget to delete!

This long-dreamed of feature has now arrived with iOS 14. Gone are the days when incoming calls would take over the whole screen. So, now you can ignore a caller and continue with what you were doing without having to wait for your iPhone to stop ringing or feeling guilty about hitting decline! Instead you’ll now receive a banner-style alert at the top of your screen that lets you easily silence or answer the call with a mere swipe. Finally!

A compact redesign has also been applied to the Siri feature. Before, when you called Siri it took up the entire screen. No longer! Now, when you call up the virtual assistant, by saying, “Hey Siri” or holding the Side button or Home button, you’ll just see a colourful icon at the bottom of your phone’s display.

Another handy development is you can also now send audio messages to contacts straight from Siri – not just texts. Siri can also answer with more direct ‘facts’ than it has done previously and is much better at using the web to provide you with answers. It’s still way behind Google Assistant or Alexa though!

Plenty has happened in the iOS 14 update to Apple’s Messages app. The changes are making the experience a lot more like WhatsApp, which is no bad thing and much more useful. The first highlight we would like to share is the ability to tag someone in a conversation and then create a thread within that. Simply type the @ symbol and their name in the chat and you’ll be able to get their attention on a specific issue. Really useful in dealing with large group chats.

Just like WhatsApp, you can now set an image for group chats and pin up to nine conversations to the top of messages. You can change the name and photo of your chat group, using a photo, bold text, or emoji and memoji. Particularly useful if you have family, friends or work chats you frequently return to.

Just as with every other iOS update, Apple has continued to introduce security and privacy enhancements to help make you and your data safer than ever. At the top of the list there’s a new tool built in that appears above the signal bar whenever an app snoops on your camera or microphone. There have been reports it’s already been catching out apps like Instagram and Facebook!

Next, instead of allowing apps access to your entire photo library or nothing at all you can now select specific photos or videos an app can have access to. Essentially you can create a handpicked photo library for specific apps. A bit more work for you but a worthwhile improvement to the old all-or-nothing approach.

Finally, Apple now lets you share an ‘approximate’ location with apps rather than an exact one. After all, very few apps truly need to know precisely where you are.

Despite a shaky start when Apple Maps was first introduced the tech wizards have been hard at it over the years. Indeed, Apple has announced that iOS 14 is the biggest update it's ever made to Maps! It now features better road coverage and pedestrian data, more detailed land cover, a high-resolution street view feature called Look Around, and new cycling directions.

For car drivers, Maps will alert you to speed cameras and display where they are on the map. Through a Guides feature certain selected attractions and restaurants depending on your current location will also be recommended to you.

One of the biggest steps forward, though, is the addition of cycling directions. Cyclists will now be able to look up routes before they ride. They can check elevation levels and will be directed onto cycle lanes and more bike-friendly roads. Many of these updates are still London-centric but it’s hoped further locations will follow soon.

Carrying your tech with you on your daily cycle is the perfect way to track your progress but can leave your phone open to accidental damage. As well as investing in a sturdy phone mount, make sure you have mobile phone insurance before setting off.

Bringing this ever-popular feature of the iPad to the iPhone is a welcome step for iOS 14 and makes watching videos and FaceTime calls much more pleasant. As its name suggests, PiP lets videos continue playing when you leave an app. The video window will shrink down and let you access other apps. You can also resize the video’s window, move it, or even hide it off screen if you just want to listen to the audio.

On the subject of FaceTime, a subtle development in iOS 14 is an eye contact feature. To make it appear to the person at the other end of your FaceTime call that you’re paying full attention do the following: Go to Settings > FaceTime and tap Eye Contact. Simple yet very effective!

If you’ve already got a pair of AirPods then you’re going to love this iOS 14 update. They’ll both work and sound better, and at absolutely no extra cost! For owners of AirPods Pro Apple has introduced spatial audio, effectively giving you surround sound.

A great new feature for all AirPods owners is they now automatically sync between your other Apple devices, making switching between them a doddle!

With the price of accessories nowadays it’s important they’re protected, too. Arranging mobile phone insurance through Gadget Cover will guard against them being lost, stolen or damaged at the same time as your phone.

Seizing the opportunity of iOS 14, Apple has entered the language game by making its own translation app. With the Translate app, you can translate words, phrases, images, voice or text into 11 different languages. You can also save translations for fast access, get definitions for translated words, and download languages so you can use them offline – perfect for holidaying without incurring unexpected data charges.

Remember, if you’re heading off to a foreign destination be sure to arrange mobile phone insurance to protect your device.

In a development promising to be a lot of fun, the iPhone keyboard in iOS 14 adds a cool new feature: a search bar for the emoji picker!

Rather than scrolling through pages of yellow-faced emojis or having to type a word and hope the perfect emoji comes up in the predictive text, you can simply search for what you’re looking for.

And as you would expect from Apple, it’s pretty smart, too. It doesn’t just look for a specific name, but brings up all relevant emoji. For example, a search term like ‘birthday’ brings up not only the birthday cake and birthday face, but also the balloon, present, confetti, Champagne bottle and so on.

While iOS 14 adds exceptional value to iPhones, even without such an update many other mobile phones are also incredibly valuable and sought-after. This is why it’s really important to get them protected with insurance.

From Samsung and Huawei to many other makes of smartphone, the dedicated team here at Gadget Cover can set you up with an mobile phone insurance policy that suits your device, needs and budget.

Protecting your smartphone with insurance has never been more important. Being so central to both our personal and working lives, they are at a high risk of getting damaged, lost or stolen.

That’s why policies arranged by Gadget Cover include protection for things like accidental damage, liquid damage, theft, breakdown and unauthorised usage. And for an extra premium we will even cover it against loss, too.

Choose a policy from Gadget Cover and it can be extended to your immediate family. So, if your partner loses or damages your phone you’re also covered. Saving you both from some unpleasant arguments!

Cover is also automatically extended to include use of your phone anywhere in the world, up to 180 days in any one year.

And we don’t just cover the hardware. If your gadget is accidentally lost or stolen, we will refund the cost of unauthorised transactions made using your e-Wallet facility up to a maximum of £500.

So, what are you waiting for? Get a quick quote for phone insurance today.