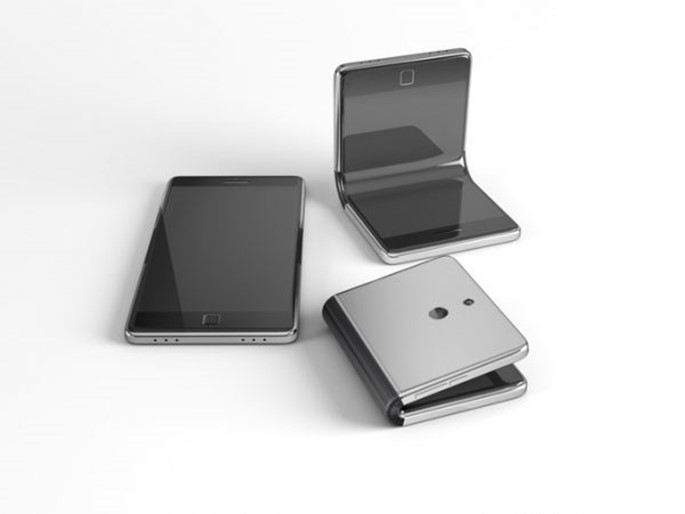 Two of the biggest new smartphone trends on show at this year’s Mobile World Congress (MWC) in Barcelona were foldable screens and 5G.

There were plenty of big-name manufacturers and some exciting product reveals.

One of the major announcements was the Huawei Mate X, the Chinese smartphone maker’s first foldable smartphone. It features a 8-inch display that wraps around the outside and folds over to become two new displays, as well as three cameras on the back and a fingerprint sensor.

It also offers 5G connectivity, which will enable download speeds about 10 times faster than 4G.

If you’re keen to get your hands on this futuristic gadget, start saving now — it will cost around £1,995 when it goes on sale in summer 2019.

The Huawei Mate X will go head-to-head with Samsung’s Galaxy Fold, unveiled a few days earlier, The Week reports. The new Samsung device comes with a 7.3-inch screen that folds over itself and will have a price tag of around £1,515.

The 5G-compatible V50 ThinQ smartphone doesn’t have a foldable screen but its Dual Screen accessory provides an extra screen to extend the display, and also doubles as a case when closed, T3 reports.

According to CNet, this should provide a similar user experience to rival models but at a more affordable price.

LG hasn’t yet announced pricing or a release date for the V50 ThinQ and Dual Screen accessory.

This is a 5G version of an already impressive phone which boasts a slide-out dual camera. Thanks to this feature, the front of the device has no notch or camera hole, and only a very slim bezel all round.

With 5G compatibility, the phone will be available in summer 2019 with an asking price of around £520 — significantly less than many other 5G phones launching in 2019.

Foldable phones are set to be “one of the next big things in the smartphone industry”, according to Andrew Cartledge, mobile expert at Mobiles.co.uk, as quoted by Gigabit magazine.

“In fact, research we carried out recently showed that one in five people (23%) said foldable screens were the smartphone development they’d most like to see next,” he said.

Will you look for a foldable screen on your next new phone?