It’s no fun being out and about and getting low on battery — but in Telford, residents and visitors can now use two free charging points that are powered by people’s footsteps.

Located in newly installed benches beside the pavement, on the walkway from Telford railway station into the town centre, the public charging points harness the energy from people walking along the special paving slabs.

The local council has also installed a solar-powered digital screen which displays sustainability messages and shows the amount of energy being generated by the pavement. 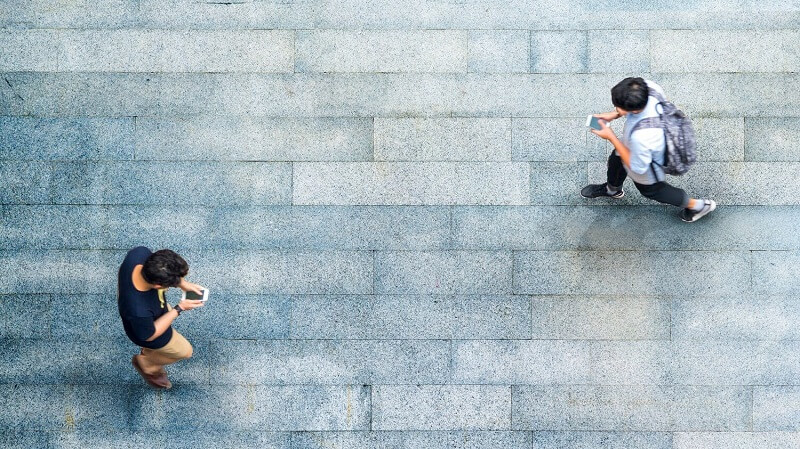 The high-tech pavement was supplied by technology firm Pavegen, which has launched similar projects around the world, from Milan to Hong Kong and Dubai.

“We have been developing this technology to allow it to withstand the harshest winters and are excited for the people of Telford to try out generating energy from themselves!” said Laurence Kemball-Cook, chief executive of Pavegen.

“We’d like people to take away the idea: ‘If my footsteps can generate electricity, just think what else I can do!’,” Healy said.

“It’s also about letting people know what we’re doing as a council to fight climate change, which we hope will inspire them to make sustainable changes in their own lives.

“Children are loving walking, running and jumping on the new pavement and seeing how much energy they’ve generated. We hope this project reinforces their sense that their actions, quite literally, have the power to change the world.”

At Gadget Cover we offer mobile phone insurance for a wide range of makes and models, protecting you against accidental damage, liquid damage, breakdown, theft and unauthorised usage. And if you select Gold cover you will also be covered for accidental loss as well as replace any accessories (up to £150) is they are lost, stolen or damaged with the phone.