Shipments of Extended Reality (XR) headsets are projected to grow by about 10 times between 2021 and 2025, from 11 million to 105 million units.

A new report from technology market research firm Counterpoint says that the adoption of Virtual Reality (VR) headsets gained pace in 2020 and 2021, thanks primarily to the popularity of the Oculus Quest 2 in the consumer segment and DPVR and Pico in the enterprise segment. 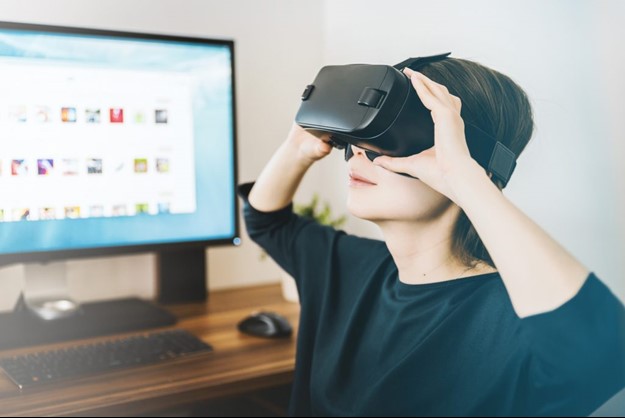 And with new product launches on the horizon — including offerings from the Oculus Quest series, Sony PlayStation VR2 and Apple’s Augmented Reality (AR) glasses — Counterpoint expects XR headset volumes to pick up significantly in 2022.

Oculus and Sony have created a strong demand for their devices and built a good user base for upgrades, while Apple has a strong history of gaining volumes in a new category, the report noted.

Commenting on the market dynamics for VR and AR headsets, senior analyst Karn Chauhan said: “VR Standalone has become the device type of choice in the gaming segment primarily due to the success of Oculus’s Quest 2. The wireless form factor is the future for XR headsets. VR Standalone devices are being favoured over VR Tethered devices by OEMs and consumers, making the latter a relatively slow-growing form factor.

“AR has been a small segment since 2016, mainly serving the enterprise segment with high-spec and high-price products. This is unlikely to change in the immediate future. However, with Apple expected to enter the AR Tethered segment, we expect it to become the fastest growing and the second biggest form factor by 2025. This will catalyse the participation of many other brands, especially smartphone OEMs.”

Metaverse is anticipated to be among the drivers of increasing XR volumes in the coming years, as XR devices are the main interface for connected virtual reality worlds, Counterpoint added.

Protect your VR equipment with VR headsets insurance from Gadget Cover. We can cover against damage, breakdown and theft as well as loss for an additional premium.