What are the most popular reasons why people use their smartphones every day?

Did you know that the average person in the UK now spends an entire day every week on their phone?

That might seem like a lot already, but get this: according to another Ofcom report cited by the Telegraph, a fifth of 16-24 year olds spend a whopping seven hours every day online. That’s the equivalent of over two full, 24-hour days every week.

As expected, there’s a big digital divide between generations. Just 1% of over 65s and 6% of 55-64 year olds say that they spend more than 50 hours a week online, whether that’s on their phone, computer, laptop or tablet. This compares to 18% of people aged between 16 and 25 – the equivalent of over 1.1 million young people.

The same Ofcom report found that the average phone user checks their phone every 12 minutes – whether it’s to read emails, reply to texts, show a colleague yet another funny cat video, or scroll through Facebook!

The fact smartphone usage is increasing is pretty inevitable. After all, our devices are becoming more and more intelligent and improving all the time. Remember the days when we used to have to take a digital camera out with us as well as our phones? How impractical!

With phones becoming more high tech, and therefore more expensive to buy, it’s really important that you take out quality smartphone insurance. It’ll cover you against costs associated with accidentally damaging your phone (e.g. smashing the screen) or losing it. You could also be covered against phone theft.

Gadget Cover compares policies from leading insurers, helping you to find the best policy for your needs and budget.

A study carried out by Mobiles.co.uk found that the intended purpose of phones – to make and receive calls – is falling out of favour. We’re now far more likely to communicate with friends and family via text or email, or by messaging them over social media.

Polling 2,017 smartphone owners in the UK, Mobiles.co.uk found that 27% hadn’t made a phone call in more than a week, and 5% admitted to never making or accepting a call. Over six in ten (63%) respondents said they’d only answer the phone if they know the caller, and a third said they’d always reject a call if they weren’t expecting it.

The message? If you want to get hold of someone fast, the best thing to do is drop them a text or send them an email.

What do we use our phones for the most?

So, if we’re not using our mobile phones to call people, just what are we doing with them? The study unearthed the top 10 daily uses for smartphones:

As you can see, phone calls didn’t even make the top ten. It actually came in at number 11, with only 41% of people regularly using the feature. 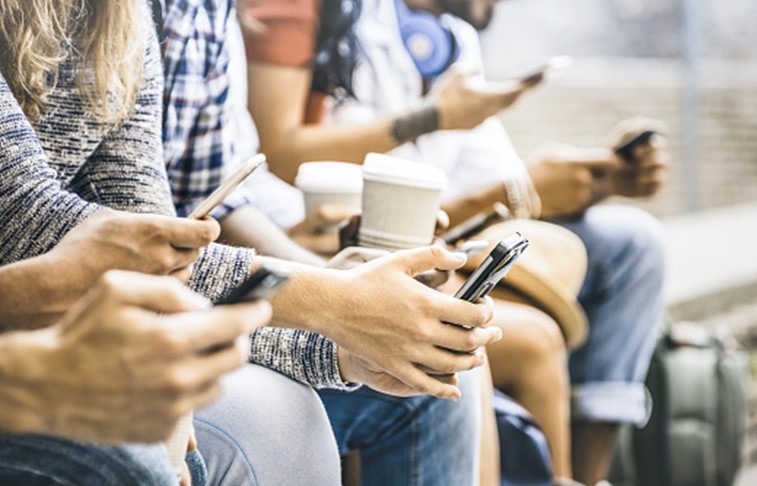 Stranger uses for a smartphone

In the study, a number of respondents admitted to using their smartphones for stranger purposes (note: we don’t recommend trying some of these at home):

There’s life in the old phone yet!

If you’ve just bought a new phone or are thinking about getting one, you might be wondering what to do with your old device. Rather than putting it in a drawer and forgetting about it, why not turn it into something cool? PCMag offers up some tips:

Whether you own an Apple, Samsung, Huawei or other model, make sure it’s protected with quality smartphone insurance.

Gadget Cover compares quotes from leading smartphone insurance providers, so that you don’t have to! That way, you can make sure you end up with a policy packed with all the features you need, at a price that won’t break the bank. Our policies cover:

Use Gadget Cover and you’ll also enjoy additional benefits, including:

Start protecting your tech today by taking out quality smartphone insurance with Gadget Cover. Get a quote!

What’s the difference between a hard reset and a soft reset?

How to avoid eye strain when using your iPhone

What is the Samsung Galaxy S21 Ultra?

iPhone not turning on? Try this!