What is the Google Pixel 6?

If you’re looking for an affordable flagship phone that will get your friends talking then Google’s recently unveiled Pixel 6 might be the one for you. While it won’t yet replace Apple and Samsung at the top of the tech tree, Google has definitely produced something bigger, better and smarter than ever before. As statements of intent go, it’s certainly put those tech giant rivals on notice. Google means business! Read our guide to find out more about this intriguing device.

The Pixel 6 and its bigger brother the Pixel 6 Pro are both great phones, but they’re not immune to damage, theft, breakdown or loss. So, remember to always make sure you have the right mobile phone insurance in place, before taking your new phone out to flex. Give our talented team a call and get your perfect Pixel covered. It’s so quick and easy with Gadget Cover. 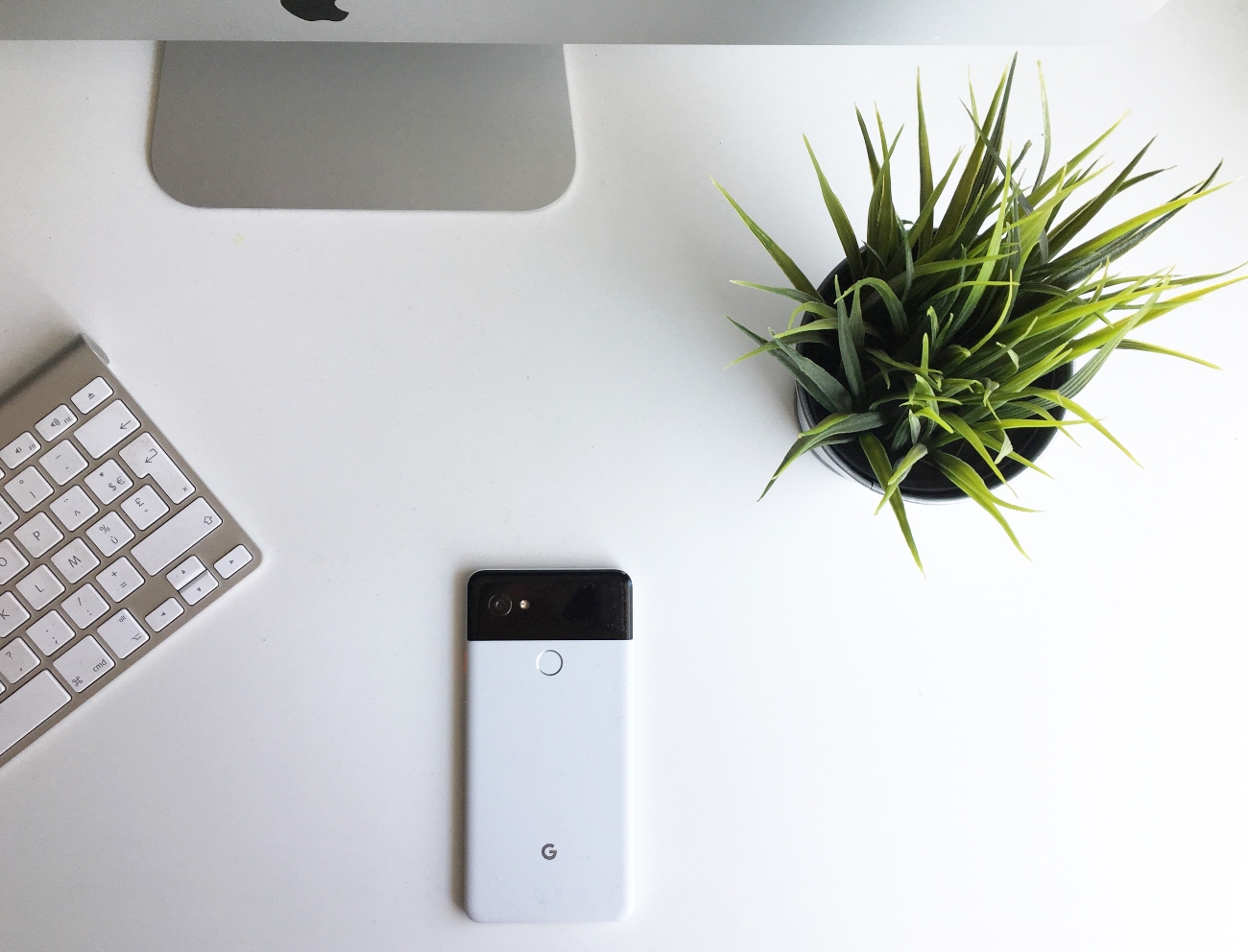 Google Pixel 6 – at a glance

Having been revealed months before the official launch, most people had probably got used to the radical redesign Google performed on the Pixel 6. When compared to its more generic-looking predecessor, the Pixel 6 design has certainly got people talking.

It’s on the back of the Pixel 6 where the most notable design flourish is found. The back has a two-tone colour, split by a horizontal black camera bar spanning the entire width of the phone. Like any bold design, some love this distinctive look while others hate it.

In terms of materials, the Pixel 6 has a matte aluminium finish that feels great in hand with a frame made out of 100% recycled aluminium to boost your phone’s eco-credentials. For extra durability, the front is built from super-tough Corning Gorilla Glass Victus, boasting up to 2x better scratch resistance than previous Pixels.

One area that’s always eagerly discussed by design enthusiasts is what colours a new phone is available in. When it comes to the Pixel 6, you can choose from Sorta Seafoam, Kinda Coral and Stormy Black.

Something that’s worth pointing out is that the substantial camera bar does make the phone feel a little top heavy when you’re carrying it around. So, you might want to be careful when pulling it out of your pocket or bag to take a quick snap. You don’t want to drop it!

If you want to provide extra protection for your Pixel 6 then you’ll not only need mobile phone insurance from Gadget Cover. You’ll also need a decent screen protector and suitable case. With such an unusual camera bump then you might want to opt for the official Pixel 6 Case.

Made with translucent material that’s built to protect and to show off, it's been thoughtfully designed with over 30% post-consumer recycled material. A sustainable addition to your phone. The case comes in a range of colours including Cotton Candy, Light Rain and Stormy Sky – all perfect to complement your new phone's unique design. 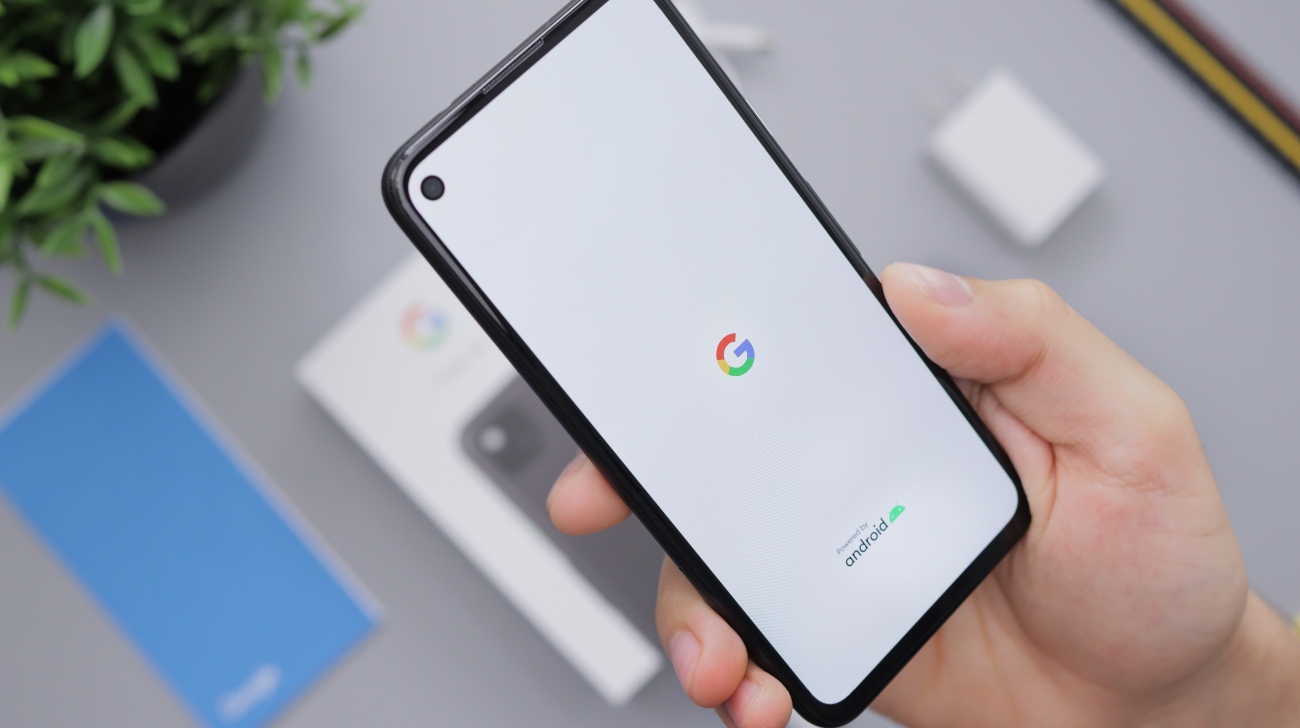 With the exception of its Pixel 6 Pro sibling, the Pixel 6’s flat 6.4-inch OLED display is the biggest screen yet on a Pixel. Comparing favourably with the 6.1-inch iPhone 12 and 6.2-inch Samsung Galaxy S21. While its FHD+ resolution equates to 441 pixels per inch, and is on a par with even pricier phones.

Indeed, such is the quality of the display that in side-by-side comparisons performed by What HiFi magazine, reviewers couldn’t see much difference at all in detail watching videos on the Pixel 6 Pro.

And let’s not forget the faster refresh rate, compared to its predecessor. With a 90Hz screen, navigating the phone and browsing websites is far smoother than before. And while the Pixel 6 Pro boasts a 120Hz refresh rate, the Pixel 6 price is much lower than many of its rivals. For most users 90Hz is probably sufficient, and preferable to the rather static browsing on a 60Hz refresh rate screen.

For those interested in tech specs and what really makes phones tick then the big news has to be the debut of Google's new custom-made chip, the Tensor. Google claims the Pixel 6 is up to 80% faster than the Pixel 5 and is a worthy rival to chips from Qualcomm and Samsung. According to Google as well as loading apps faster and more responsive gaming, the new chip also saves power so your battery lasts longer.

It also works alongside Google’s new Titan M2 security chip. Taking hardware security to the next level, this next-generation chip ensures your personal data and messages remain strictly private. For more tips on keeping your phone and its data safe read our recent article.

Having Google's own chip on board lets Pixel 6 users access a whole host of AI-enhanced software that’s bound to make your friends jealous. One of our favourites is the anti-photobombing tool Magic Eraser. This long-promised Photoshop-style software lets you remove strangers and unwanted objects from your photos with just a few taps. Whether you took the photo last week or last year you can now ensure the people and places you love remain the real stars of the show.

If you love to travel or at least talk to friends from abroad, the Pixel 6 also allows offline translation in an incredible 55 languages. Not only can you get your chats translated in real time, but you can also listen to podcasts with translated captions, and use your camera to read signs. All without eating into your data allowance!

When travelling the world, you’ll want to ensure you’ve got the right mobile phone insurance to cover your trip. One of the benefits of policies arranged through Gadget Cover is they can be extended to include use of your gadget anywhere in the world, up to 180 days in any one year.

As you would expect, the Pixel 6 ships with the latest Android 12 updates, which includes a vast array of customisation options and refinements. These include the new Material You colour palette coordination tool, which syncs up widgets and icons to match a chosen colour theme. Or At a Glance which shows you the apps and info you need, just when you need it. So, no more searching for that boarding pass just before your flight!

Google also promises to provide at least three years’ worth of Android updates and security fixes. That’s followed by an additional two years of updates depending on hardware capabilities and needs.

With cameras being one of the highlights of the Pixel 5 range, it was interesting to see what Google would have in store for us when it came to the Pixel 6.

Like its predecessor, the Pixel 6 has two rear cameras but these have been upgraded with higher-megapixel cameras and better software.

Unfortunately, it doesn’t have the 4x optical-zoom telephoto lens offered by the Pixel 6 Pro. Although the Pixel 6’s ‘Super Res Zoom’ does deliver a decent 7x digital zoom, this obviously isn’t as good as optical.

The back camera array is housed in that controversial new camera bar. In terms of front cameras, the Pixel 6 makes do with a decent 8MP selfie snapper that’s more than capable of producing detailed shots with lots of drama. It’s found in a punch-hole at the top of the front screen. It has an 84-degree field of view and f/2.0 aperture.

There are so many features in the phone that you’ll have hours of fun discovering them and learning how to be a better snapper. Portraits on Pixel uses AI tools to accurately represent the nuances of different skin tones. So, if you take a photo of a group of friends, all with different skin tones, the tool will tweak settings to each individual person's skin tone. Ensuring both a beautiful and authentic image.

Frequent Faces learns the people you photograph the most and chooses photos where they look their best. Face Unblur helps you capture your favourite faces without blur while Portrait Mode lets you add in an artful bokeh-like blur to the background.

Shooting video has never been a particularly strong point of the Pixel range. But as the tech heads at Wired magazine have proved, you can worry no longer. The Pixel 6 and Pixel 6 Pro are capable of 4K 60fps, providing clips that are super smooth and steady. 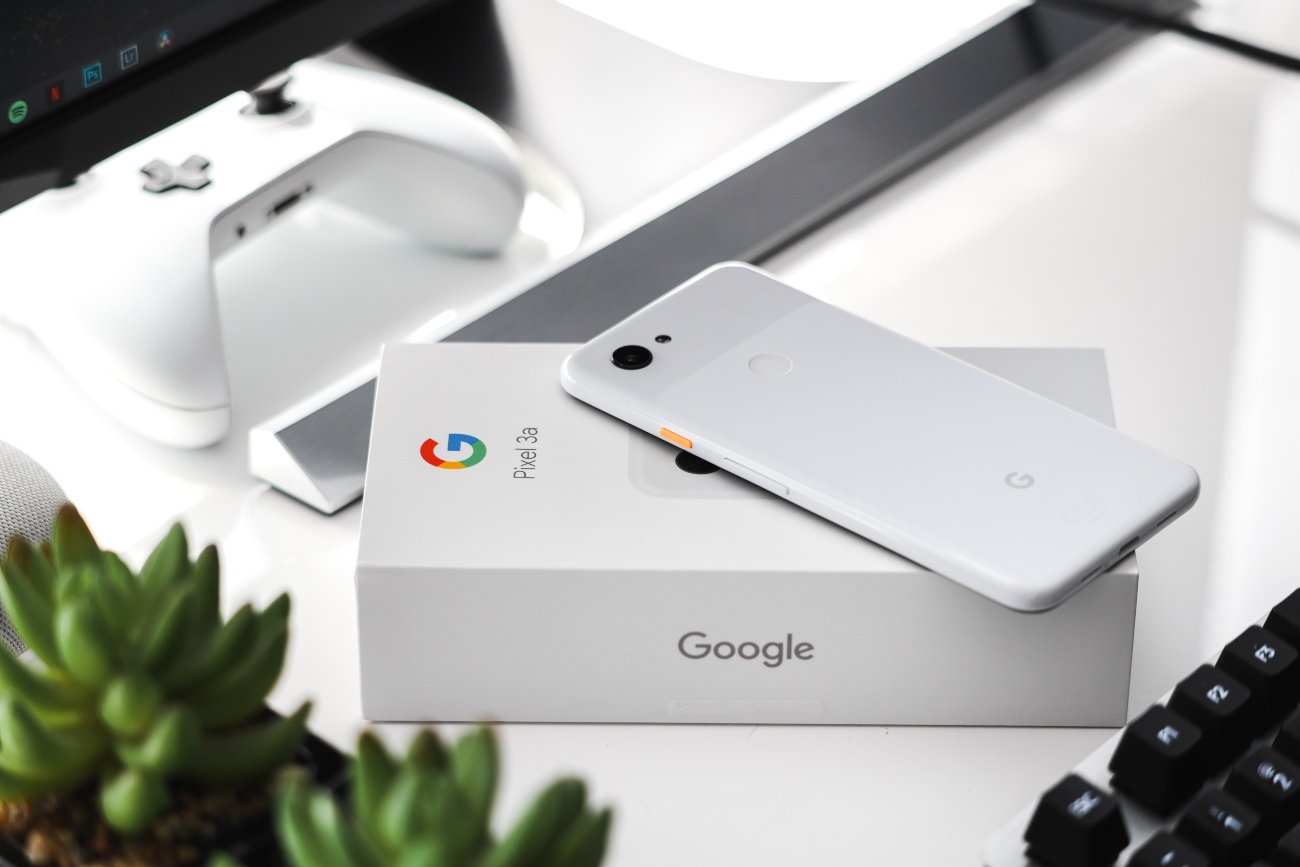 In these power-hungry times, batteries are an important differentiator when choosing mobile phones. Fortunately for Google, the Pixel 6 rocks an all-day 4614mAh battery that should be enough from most users’ needs.

But Google is more than aware that might not always be enough. So they’ve built in plenty of ways to stretch out the battery a bit longer. The Pixel 6 features Extreme Battery Saver mode, which enables the battery to last to up to 48 hours. Meanwhile, the Adaptive Battery feature makes sure your favourite apps are always powered up. The Pixel 6 also has Battery Share so you can charge other devices like headphones wirelessly.

The Pixel 6 also supports fast charging up to 30W and includes a USB-C to USB-C charger cable in the box. Google claims it charges 50% in about 30 minutes.

There’s also a second-generation Google Pixel Stand available to wirelessly charge your device. It’s said to be twice as powerful as the previous version and costs from £69. A useful feature is that it charges upright. So, you can stay productive while it’s charging.

The Google Pixel 6 may not be the most powerful phone available, but its new Tensor chip means its camera capabilities are up there with the best of them. While it falls down in some respects, it’s got a great 6.4-inch display, an eye-catching design, and a seriously tempting price that can undercut many rivals.

So, do you think the Google Pixel 6 is right for you? Whatever you decide, one decision that’s simple is the need to get insurance arranged as soon as possible.

Damage, loss or theft of your device are annoying particularly if you’ve just bought the latest must-have phone. That’s why it’s so important to protect your device immediately with mobile phone insurance.

And if other family members want to put the Pixel 6 through its paces then we also offer family cover. This means they’ll be insured when they borrow your device.

Get a mobile phone insurance quote from Gadget Cover today.