Which are the best-selling mobile phones in the world? 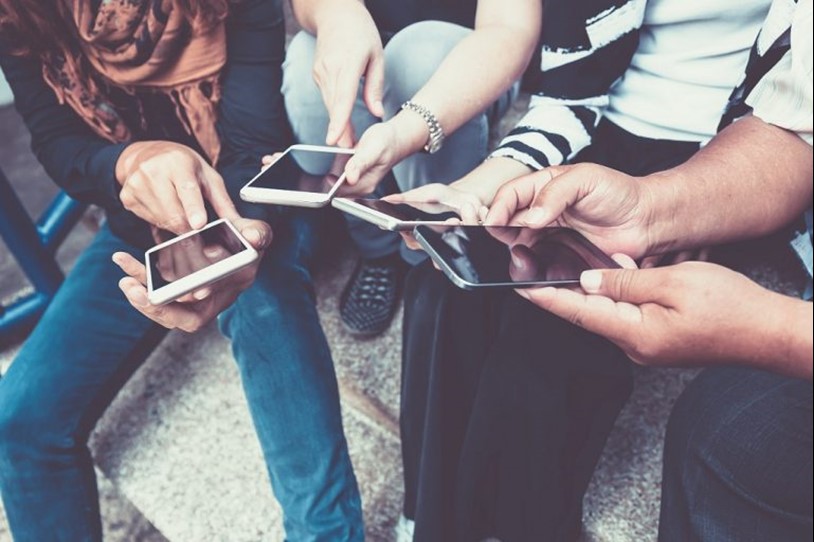 Smartphones have been on a constant growth trajectory for so long that we’ve come to expect the market for them to perpetually expand. But, just as desktop PCs eventually reached a saturation point, where almost every home that could afford a computer had a decent one, smartphone sales have hit a level where demand has started falling.

However, there’s still huge competition between smartphone brands to earn the title of the most popular mobile handsets on the market.

Selecting which model you want can be tricky, but knowing which phones are coming out on top just might sway you.

Let’s take a look at the bestselling mobile phones in the world and what each of these adds to the mix.

The number of mobile phone users in the world is expected to pass the five billion mark this year. In 2016, an estimated 62.9 percent of the population worldwide already owned a mobile phone.

By 2014, around 38 percent of all mobile users were smartphone users. By 2018, this number was expected to reach over 50 percent.

If we look at global sales figures for smartphones, the top five models ranked like this last year;

In the fourth quarter of 2018, Apple sold 74.83m smartphones worldwide, ahead of the 73.03m phones sold by Samsung, according to a report by research firm Gartner.

Nevertheless, overall sales stalled in the last three months of 2018, totaling 408.4 million units — growth of just 0.1 percent over the fourth quarter of 2017.

We need to bear in mind that both companies’ sales are an aggregate of the various models in their multiple ranges (high-end, mid-range and budget).

Recently, it has been reported that Apple’s iPhone sales have fallen 17% in the first three months of 2019. This seems to be a sign of the times in terms of the company’s long-term strategy.

Apple is repositioning itself as a services and software company as well as the manufacturer of hardware. It’s beefing up its services segment, which includes products like Apple Pay, AppleCare and Apple Music.

It has also introduced a new gaming portal and even an Apple credit card. “The demand for smartphones worldwide has hit a peak,” says Tim Bajarin of Creative Strategies, a San Francisco tech analysis company.

Samsung led the smartphone market by volume with a market share of 20% twelve months ago even though it registered an annual decline of 11% due to weak sales of its flagship Galaxy S9 series smartphones.

The overall message for top-sellers is the slowdown in developed markets like China, The US and Western Europe, where replacement cycles are lengthening. People are simply keeping their handsets and delaying upgrades or new phone purchases for longer.

As for markets like African countries or India, these companies know that they cannot expect massive sales of their high-end smartphones. At present, upgrading is simply not a priority for vast numbers of people.

Competition has never been stiffer.

Apple has never faced such fierce competition before.  A multitude of rivals from around the globe are all vying for a slice of the lucrative premium smartphone cake.

These phones are starting to match and even exceed Apple’s iPhone on hardware quality. They are arguably more capable, often cheaper and, perhaps crucially for China, made by local corporations.

The iPhone X broke the mould in 2017 but 2018’s iPhone XS and XS Max, while extremely good, were only iterations of essentially the same model even with the rather cheeky price raise to a wallet-burning £1,449 in the UK.

Are we changing our habits when buying smartphones? 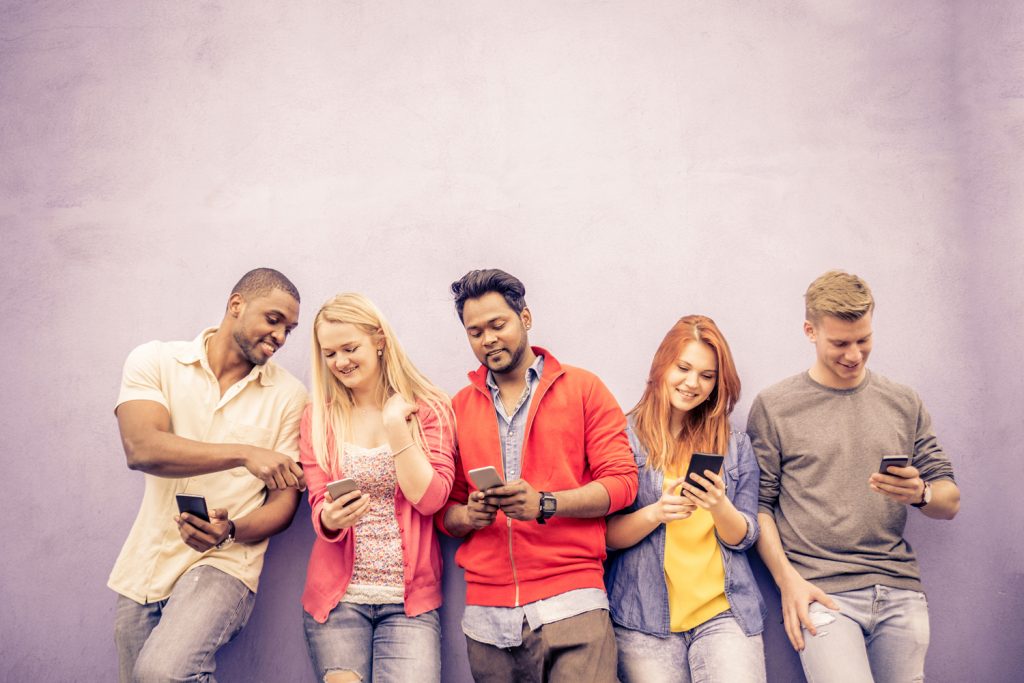 Why companies are worried about people hanging onto their phones

The cost of phones in the top-end market dominated by Apple’s iPhone and the Samsung Galaxy S series is expected to continue to rise. If the thought of paying £1,000 for a phone makes you feel a little queasy, there is stomach-settling hope arriving.

With a new super-premium category, we are likely to see an expansion of more competitively priced devices that offer top performance.  The Chinese company OnePlus has proved that the ‘slightly more’ niche exists with top-end phones costing under £500 in the UK.

A recent survey by CCS Insight among a statistically representative sample of UK consumers indicated that 36% of people will hold onto their smartphone longer than the previous device they had.

So, phone companies are in a bit of a catch-22 situation; the more expensive a phone is, the longer someone might hold onto it, which in turn forces prices up as manufacturers struggle to maintain profits and satisfy shareholders.

Brands in the mid-tier segment are now launching multiple variants of flagship smartphone ranges with slightly lower specifications but not lower enough to put people off buying them.  The Samsung Galaxy range has done this in 2019 (the mid-range Galaxy A70), as has the Google pixel (the Pixel 3A and 3A XL).

The mantra for the big three seems to be ‘If you can’t beat them, join them’ certainly the case when it comes to price. “This also helps drive sales by increasing the portfolio breadth as well increased margins by selling devices with a higher price point”, remarks Shrobhit Shivastava at Counterpoint tech Research.

It’s unimaginable to picture the upcoming generation without smartphones. The sociological categorisations below have a bearing on the future of smartphones in our developed markets.

Firstly, why does Apple still sell so many phones?

There are more than 400 million iPhones in use worldwide. “Smartphones are the most important products in people’s lives, which means that the willingness to pay for the ‘best’ is higher than it is for just about anything else and most iPhone users upgrade to another iPhone.
Overall, Apple has entered the “affordable luxury” sector – taking its place alongside other recession-proof items like single-malt whiskey and smoothies (apparently). In the end, it’s not about the price; it’s how that product makes the owner feel.

Another approach is to use Alina Khan’s self-made model to identify buyers by their personality profiles;

What happens next to smartphones?

Given that as consumers, in general, are far more tech-savvy and discerning when it comes to purchasing smartphones and the like, the baseline benchmark needs to get higher.

When it comes to innovation and improvement, smartphones are essentially all screen on the front and a slab of glass/plastic/’glasstic’ on the back, so where do they go next?

5G: This is the most important factor, a real game-changer. Fifth-generation wireless (5G) is the latest in cellular technology, engineered to increase both speed and responsiveness of wireless networks.

It’s hyped as being able to download a 15-minute video in one second, potentially making home broadband redundant.

Very few companies have the infrastructure capable of rolling this out (Huawei being one of them – hence the political wrangling with the West in Spring 2019).

Foldable devices: At present, Samsung, Huawei, and others are working on these with greater or lesser success (Samsung’s effort has been recalled due to product faults – the screen cracks when it is unfolded). 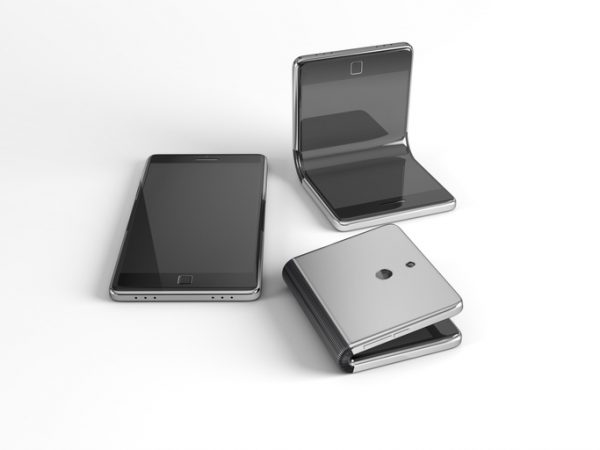 Every option for hardware differentiation and leadership is being explored, and perhaps that’s a good thing if we want devices that are at least more interesting than the ones we have today.

It’s fascinating to observe how the share of the smartphone market held by each company and the geographies dominated by various brands keep shifting and changing. Competition will intensify in the coming years because any market is only a finite pie.

5 billion people have a mobile phone and between 3.5 billion and 4 billion have a smartphone. “The mobile market is reaching saturation,” writes Ben Evans, a respected tech blogger, “and so is the smartphone market. It’s just the shift of smartphones to boring maturity, as we look for what’s next.”

One thing is for sure. If your phone breaks, stops working, gets lost, is stolen (or dropped down the toilet), it’s a catastrophe – minor or major depending on the user.

Solid mobile phone insurance cover is not only wise, but essential considering the amount of money we’re prepared to spend on these devices. So Visit our Gadget insurance page and get a great quote.