Which are the most popular mobile phone handsets? 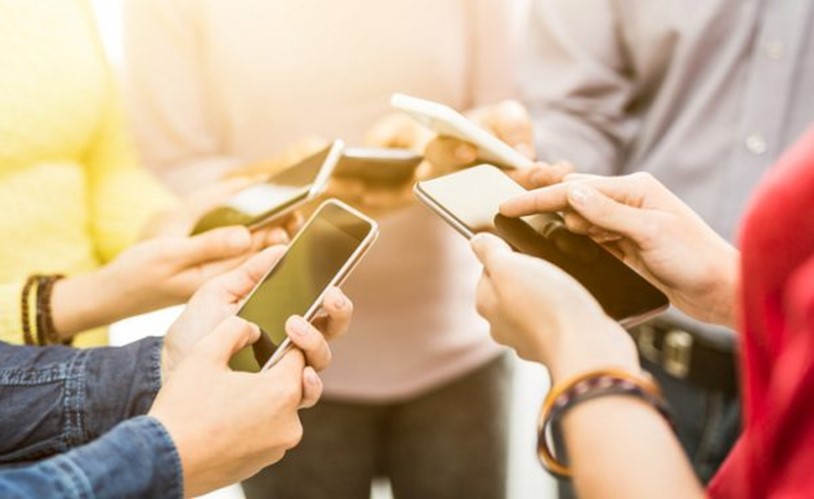 With so many makes and models on the market, choosing the right handset can be a challenge. Where do you start? The simple solution might be to consider the most popular handsets currently available, and suss out whether they’re suited to your needs.

What is the most popular phone brand?

Our choice of smartphone is almost an extension of who we are as people. We’re pretty attached to our devices and this is reflected in the volume of handset ownership in the UK. Statista research cited by Tiger Mobile estimates that 94% of adults own a smartphone.

Two corporate titans, Apple and Samsung, account for a massive 80% of the UK mobile handset market, so it’s hardly surprising they dominate best-seller lists. Of the two, who’s sold the most phones? Well, in 2019, the top 12 positions are populated by nine iPhones and three Samsung models, all previous versions of their flagship products. Sony has the next highest share of the market, at around 3%.

As to which is better – Apple or Samsung – there are so many factors in play that it’s hard to give a definitive answer. Both companies produce top-notch smartphones with groundbreaking features, have premium pricing and quasi-religious bands of advocates.

On the subject of premium pricing, if you’re thinking of buying a high-spec device, taking out mobile phone insurance is really important. It offers protection in the event your gadget gets lost, damaged or stolen.

Now, here’s some information that’ll help you sift through the specs to work out which handset is best for you…

Other established companies like Google and Huawei are putting serious money and muscle into their offers for the high-end mobile phone market, given the amount of consumer demand and disposable income to show off the ‘best’ model available.

Alongside Huawei, other Chinese companies are penetrating the UK market by offering handsets that match the big brands for specs at considerably lower prices. So, popularity isn’t just about volume nowadays – price and features are just as important.

Two more factors are influential. Firstly, whether people opt for contract or sim-free/pay-as-you-go handsets, the latter meaning you need to fork out for the actual price of the device – a hefty purchase equivalent to buying a good laptop.

Secondly, the popularity of a particular smartphone brand or model is often determined by how aggressively it’s marketed. Apple, Samsung and Google are miles ahead of the competition in this respect, but a different promotional landscape is emerging in the UK as new competitors throw their hat in the ring.

What influences us when we choose a new mobile handset?

When buying a new smartphone, we’re faced with a range of factors to bear in mind. Ultimately, it depends on what kind of user we are – i.e. what we use the smartphone for and how heavy that usage is. Here’s a breakdown of the eight most significant factors determining the popularity of mobile devices nowadays:

People often drop and damage their smartphones (which is why phone insurance is a good idea). The ruggedness of the casing and the quality of the material is therefore sure to influence any purchasing decision. All the top-end specs in the world won’t help to sell a ‘cheap ‘n’ nasty’-looking gadget.

To what extent is it important to get admiring glances for the design and stylishness of your phone’s appearance? Some may say ‘a phone is a phone,’ while others want the sleek, elegant and streamlined look which makes a statement about their taste and status. How good the phone feels to hold and how easy it is to store are also tangible factors when deciding what to buy.

This is an increasingly critical factor for phone users. Our expectations are growing regarding shorter charge times and longer battery life. Heavy usage from power-hungry apps means the competition to produce ever-higher battery performance is getting fiercer. Reviewers highlight these developments in relation to wearable technology in general, not just mobile handsets.

Loading multiple apps at once (or app-switching) is becoming a basic requirement for the casual user flipping between email, social media, phone and texting.

Expectations are rising about how good our smartphone screens should be, especially with the exponential increase in streaming HD video and mobile gaming. As a basic rule of thumb, colour quality and brightness matter more than resolution.

This is becoming a clincher for many buyers. We want our phones to take fantastic photos and crystal-clear video in any light condition, so when assessing the quality of a mobile phone, users will pick up on the quality of camera specs very quickly. Specialist reviews will sort out the wheat from the chaff.

We have an increasingly sensual relationship with our devices nowadays, so the use of touch feedback for sensations like taps, swipes, scrolls, vibration, and pressing and releasing are literally a ‘feel good’ factor.  Apple’s Taptic Engine is the state-of-the-art system, but Android devices are catching up. If you want a deeper dive into this fascinating area of technological development, the Smithsonian museum’s site looks into the future.

There are basically just two: Apple’s iOS for iPhones and Android for everything else. iOS is easier to use, but Android offers a wider choice. If it’s a toss-up between the two operating systems, choose iOS for something easy to use which gets you the newest apps first and has more frequent software updates. Then again, you can choose Android for more handset choices and more affordable options. A comparative guide gives more in-depth analysis.

Having looked at key features, let’s see what the experts say about specific models (and there are a lot of experts out there, with opinions for all tastes). A trawl through several pages dedicated to up-to-date handset reviews reveals a few surprises. Of course, Apple and Samsung are prominent, but the pundits are spreading their nets in the search for the next standout handset.

Everyone has their ‘go-to’ sites for reviews and below is a list of some of the most trusted and authoritative: 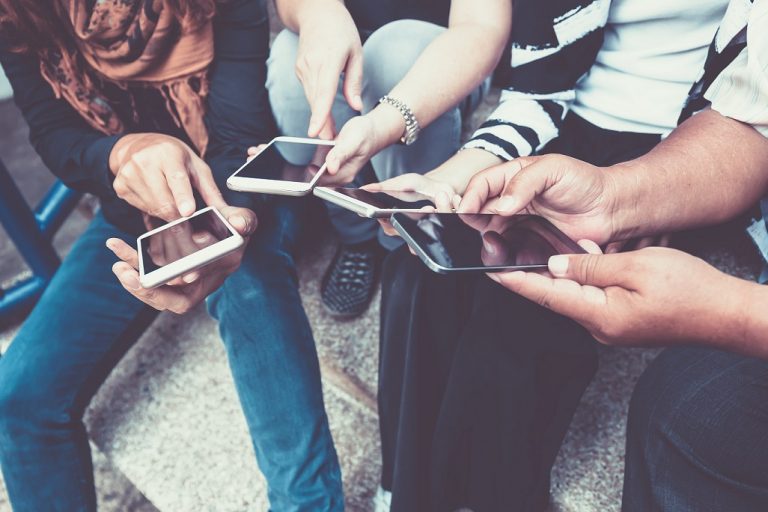 iPhone XS (and XS Max)
Right now, the iPhones 7, 6S, SE, 6 and 8 fill the first five places in the rankings by ownership. What about the next generation models? In fact, the best iPhone is not the biggest or most expensive. The iPhone XS has a good-sized 5.8in screen, slim case and a highly-rated performance in relation to similar handsets. Apple’s Face ID is the best face recognition system on the market, the dual-camera system on the back is excellent, as is the performance of the A12 Bionic processor and the class-leading gesture navigation system of iOS, which has replaced the no-longer-cool home button.
Nevertheless, the price tag is hefty (around £1,000) and a battery life of about a day of medium usage is nothing to shout about. Additionally, the lack of an included fast charger is still an Apple bugbear. You still have to spend about three hours charging or pay for a separate fast charger. Overall, the consensus seems to be that the iPhone XS is for those who want state-of-the-art iPhone hardware within the same build as 2017’s iPhone X, while the larger iPhone XS Max boosts the display size to a sizeable 6.5-inch panel.

Samsung Galaxy S10 and Galaxy S10 Plus
The Samsung Galaxy S10 Plus and its smaller version, the S10, are both beautiful in their design, with curved glass backs and screens that practically fill the entire front of the phone. The regular Galaxy S10 has a 6.1-inch display, with the larger model going to 6.4-inches. Inside both versions, there’s an Exynos 9820 processor, paired with 8GB RAM and 128GB of expandable storage, with the S10 Plus ramping these specs up to 12GB RAM and 1TB.

Both phones have three cameras on the back: a regular 12-megapixel camera, an ultra-wide version and a telephoto camera for lossless zooming, which makes taking a variety of high-quality photos relatively easy (although there are others on the market with better camera performance, as we’ll see later). They are excellent smartphones, but the consensus seems to be that battery life could be better. The charge just about gets you through a day with moderate usage, but little more.

The latest upgrade on Google’s Pixel 3 sees a new glass-backed design which allows for wireless charging, while the OLED display on the front is perfect for watching HDR content. The Pixel 3 only has a single camera on the back but it offers zoom and portrait modes which match rival dual or triple-camera systems. Google’s Night Sight is a stand-out feature too, producing photos in very low light conditions.

It’s a Google gadget, so unsurprisingly, the software experience is the best on any Android smartphone. Google features are released first on the Pixel 3 and the software is smoother and more polished than any other Android, from operation to animation. The Pixel smartphones also receive both security and feature updates before any other Android phones, guaranteed until at least October 2021.
Huawei P30 Pro
This handset has been described in recent reviews as “a brilliant combination of performance, battery life, design and a game-changing camera.” The new Leica quad camera system is capable of up to 5x hybrid zoom and a wide-angle zoom. These specs makes the P30 pro the very best all-round camera on the market. Each of the three main camera modules offers a different attribute, while its low-light shots and zoom features are regarded as the best on the market in 2019.

Many of the handsets we’ve looked at so far are pricey investments, but getting a mortgage to buy a gadget is no longer necessary in 2019! Below is a round-up of the best new, cheaper entrants on the market.

Honor is actually a sub-brand of Huawei, so it isn’t surprising that its flagship model, the Honor View 20, is extremely stylish with a one-two punch pinhole camera on the front and a unique design holographic V effect on the glass rear.  With a powerful Kirin 980 processor and 6/8GB RAM, the specs certainly bear serious comparison with much more expensive handsets (including Huawei’s own Mate 20 Pro). For the first time, Honor deserves to be alongside the major brands when it comes to camera quality. The AI Ultra Clarity mode make the results notably good.

OnePlus, a Shenzhen-based company, offers its high-end model at half the price of an iPhone XS but with an equivalent set of specs. It sets out its stall with an expansive 6.41-inch AMOLED screen (with an in-display fingerprint sensor), a Snapdragon 845 processor, up to 8GB of RAM and a powerful 3700mAh battery. The base price is £499, making this phone is eminently affordable for those on a budget.

Another young Chinese company founded in 2010, Xiaomi expands on the features offered by its previous model with a refined design and a triple-lens rear camera which ranks close to the best on the market. Overall, the camera specs give you practically the same level of versatility as the Samsung Galaxy S10.

Oppo is yet another Chinese manufacturer and its RX17 Pro is pitched at the high end, with eye-catching designs, a 6.4-inch display,  6GB of Ram, 128GB internal storage and a fast Snapdragon 710 processor. Unlike any other phone, the RX17 Pro has two batteries (1,850mAh). The full charge performance is impressive; when Which consumer magazine carried out its rigorous tests, a full charge took only 41 minutes. Oppo’s flagship product looks especially affordable when lined up next to top-end smartphones from Apple, Huawei and Samsung.