Why do phone screens always break? 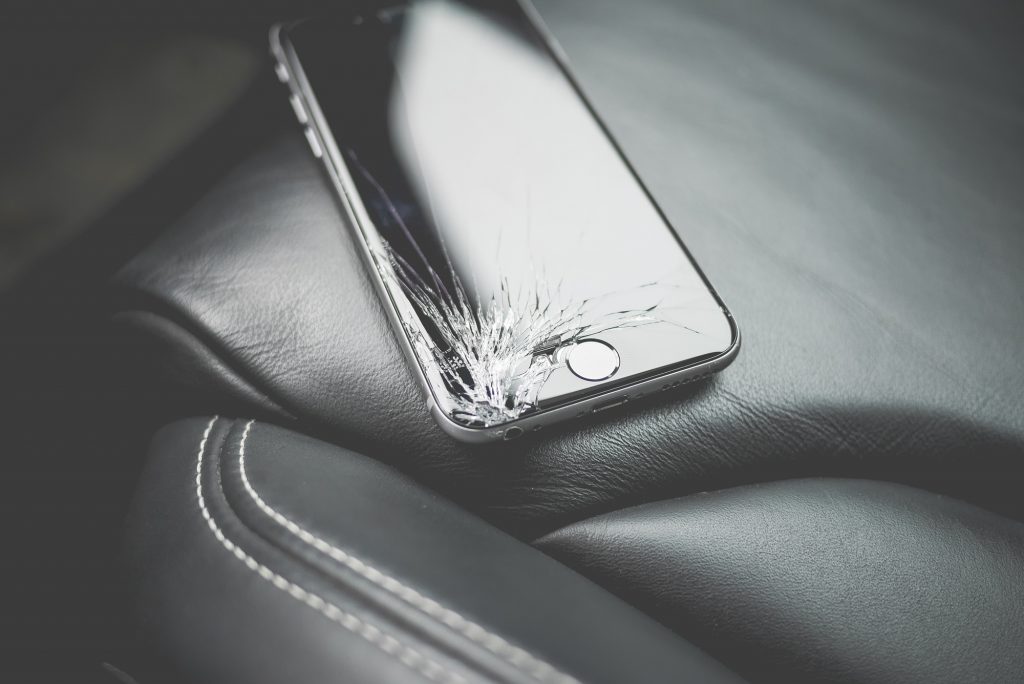 It’s a situation many of us are all too familiar with: we accidentally drop our smartphone, it lands on the floor screen down and we slowly turn it around with bated breath – only for it to reveal a huge crack down the middle of the screen. Or worse, a web of tiny lines and cracks that make it virtually impossible to make out what’s behind them.

Unfortunately, it doesn’t matter how cautious you are with your gadget, accidents can and do happen, so taking out mobile phone insurance is a must. Gadget Cover policies can protect your smartphone from things like accidental damage, liquid damage and theft, and you can pay for additional protection against loss.

A 2018 study from Mintel found that almost a quarter (24%) of smartphone owners in the UK have broken their mobile phone screen in the past two years.

The most accident-prone demographic were smartphone users aged between 16 and 24, with 48% smashing their phone screens in the last two years.

Over half (51%) of women in this age group reported suffering this modern-day bugbear. To compare, just 7% of over-55s reported breaking their phone screen in the past two years.

When it comes to location, smartphone users living in London seem to be the clumsiest, with 33% having smashed their screens in the same period of time.

The percentage stood at just 19% among people living in the South East/East of England.

To prepare for such a scenario, 57% of smartphone owners said that they have held onto their old phone to use as backup.

Over a quarter (26%) claimed that they took out insurance for their phone – though that still means three quarters of smartphone owners are unprotected.

This is primarily due to increased usage and the fact that most young consumers have their phones with them at all times.”

Broken phone screens are costing Brits, big time. A poll of 2,000 mobile phone owners carried out by Mous and cited by the Independent found that 53% have paid £30 or more to fix their phone in the past year.

If we apply that to the approximate 42.7 million smartphone users in the UK, that amounts to more than £680 million every single year.

The cost to fix a broken screen depends on many factors, including the make and model of the phone, the extent of the damage and where you choose to get it replaced. To give you an idea, Timpson’s standard costsfor screen repairs range from £39.95 for an iPhone 5 to £269.95 for a Samsung S9 Plus.

If you need to repair your smartphone screen, don’t always go for the cheapest place, as it might not offer the best level of service. Do your research and ask your friends and family if they have any recommendations.

It may be best to go directly to the manufacturer, seeing as they know their devices best, but this is unlikely to be the cheapest option. Some manufacturers will void the warranty if you choose to go to a third-party repair shop, so bear this in mind, too.

Remember to check if you’re covered under your mobile phone insurance policy. You might have to pay your policy excess, but it’s likely to work out cheaper than the cost of a repair bill if you didn’t have cover.

It’s not a good idea to attempt the repairs yourself, as you could end up causing even more damage to the device. 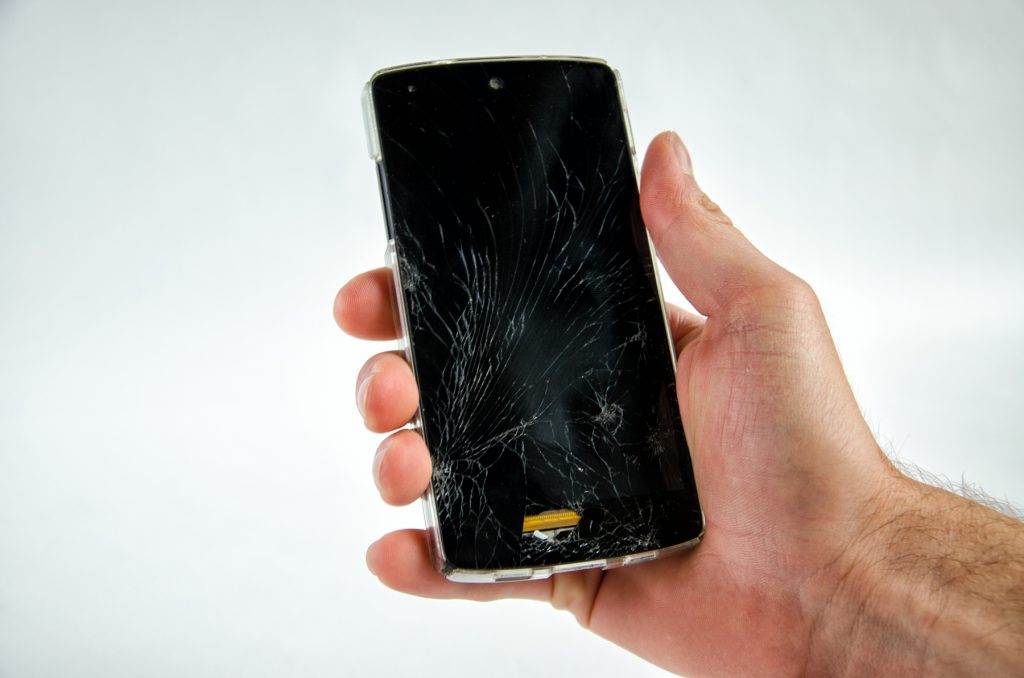 Why do screens break so easily?

The sheer number of cracked screens leaves us all wondering, why do they break so easily? Digital Trends tries to get to the bottom of things, asking an expert if we will ever get to a stage where the glass in our smartphones is completely unbreakable.

The issue is that smartphone screens are getting bigger while frames are getting smaller, meaning that glass damage is becoming a growing problem.

Manufacturers are responding to consumer demand by developing thinner smartphones, but their very design makes them more susceptible to screen damage.

“As good as glass is, it does still break,” said expert John Bayne of Corning’s Gorilla Glass. “Glass breaks when two things happen, and this is consistent for any glass in the world throughout the history of time: There’s a flaw that’s introduced and that flaw is under tension – that’s how glass breaks.”

Even if you drop your smartphone and it doesn’t crack, you might have introduced a so-called ‘flaw’ that leads to a break later on.

Even carrying your phone in the same pocket as your keys could lead to unseen damage that weakens the glass.

So, when you drop your phone later down the line, it seeks out those flaws and leads to cracked or shattered glass.

What are manufacturers doing about it?

Ultimately, glass is the best type of material to be used for smartphones, but the downside is that it’s susceptible to breaking.

Manufacturers are making an effort to design more durable smartphones.

Take a look at the iPhone XR, for instance: Apple says it features the most durable front glass ever in a smartphone, along with precision-machined, aerospace-grade aluminium bands.

Samsung also claims its new S10+ is crafted from flawless glass and comes with a screen protector to safeguard against ‘life’s little accidents.’

Hopefully, advances in technology will mean that mobiles become more durable, so that cases of cracked and shattered screens become less common.

In the meantime, you want to be sure your gadget is covered against – as Samsung puts it – ‘life’s little accidents’. There are lots of benefits to choosing a policy from Gadget Cover: you’ll get your first month of cover free, you have unlimited claims, and there’s a low excess fee to pay.

Start protecting your tech today – get a quote!