From e-banking and e-tickets to social media and health trackers, our phones are woven into the fabric of our lives. This can be liberating but it comes with its own risks – such as exposure to hackers or data thieves.

Protecting your tech with specialist insurance is a great starting point but what else can you do to shield yourself from harm?

Forewarned is forearmed in the battle against the scourge of the 21st century information superhighway.

So, if you’re worried you may have been hacked, we’ve identified the seven signs to indicate your smartphone might have been compromised.

We’ve also put together some handy tips on where hackers are most likely to target you and how to get rid of them in the unfortunate event they do.

Where is your phone most likely to get hacked?

From dodgy snoopers to targeted data hacks there are many opportunistic people searching for ways to hack the phones of the unsuspecting. Some aren’t even particularly complicated; they just need a bit of malicious know-how.

Using stolen personal information (or even information unwisely shared online), hackers can succeed in transferring your phone number to their own device or Sim card.

This enables them to take over your accounts from social media to cryptocurrency.

There are many different apps out there allowing hackers to collect your data. From tracking your location using GPS to listening in on your communications through your phone’s microphone, spy apps are pretty easy to get hold of.

Some can even be used by a person without advanced IT knowledge. While many are marketed at concerned parents wanting to keep an eye on their kids, they can actually be used by anyone.

That said, they are usually only used by someone known to you as to install such an app they need direct access to your device.

Unsecured networks are beloved by hackers. Any reasonably tech-savvy person can get the necessary software to snoop on your surfing.

Perhaps more worryingly someone could set up a fake Wi-Fi network to redirect you to malicious websites or capture useful login details for identity thieves.

Phishing continues to be lucrative for criminals and particularly through our phones where we tend to be less wary of messages asking us to ‘click to see this hilarious cat video’!

Whether through a direct text, Facebook or email message, hackers will send you malicious links that install malware and snatch your data if you click on them.

You could download malware from suspicious sites while downloading apps or by clicking on malicious pop-ups or links. Even if the app isn’t malicious, if its encryption is weak then it’s vulnerable to someone looking to exploit a weakness and get access to your phone.

Even if you don’t get hacked, when you’re out and about it’s easy for there to be mishaps. Be sure to get the very best mobile phone or iPhone insurance before you leave home.

How can you tell if a mobile phone has been hacked?

If you’ve ever wondered whether your precious phone has been hacked then here are seven signs to look out for:

Whether it’s outgoing calls or texts you didn’t send, apps you didn’t download or purchases you didn’t make, be on the lookout for strange activity on your phone.

Indeed, some malware likes to use your phone to make premium-rate calls. The proceeds will end up lining the criminal’s pocket while you’re landed with a nasty surprise on your phone bill.

We should be used to great performance from modern high tech gadgets. But as devices become older then they can start to slow down. However, this isn’t always down to age.

Malware and other hacking tools working in the background use more resources and battery power and can reduce performance significantly.

They can even make your device become hotter than usual. So, if you find your phone freezing or apps repeatedly crashing or not behaving as they should, then there could be something unpleasant on your phone.

Just as with performance, battery life can get worse with age. A smartphone that’s been infected with malware can end up with a significantly reduced battery life.

This is because of the power demands it makes on your phone while scanning your device and transmitting the information back to its master. 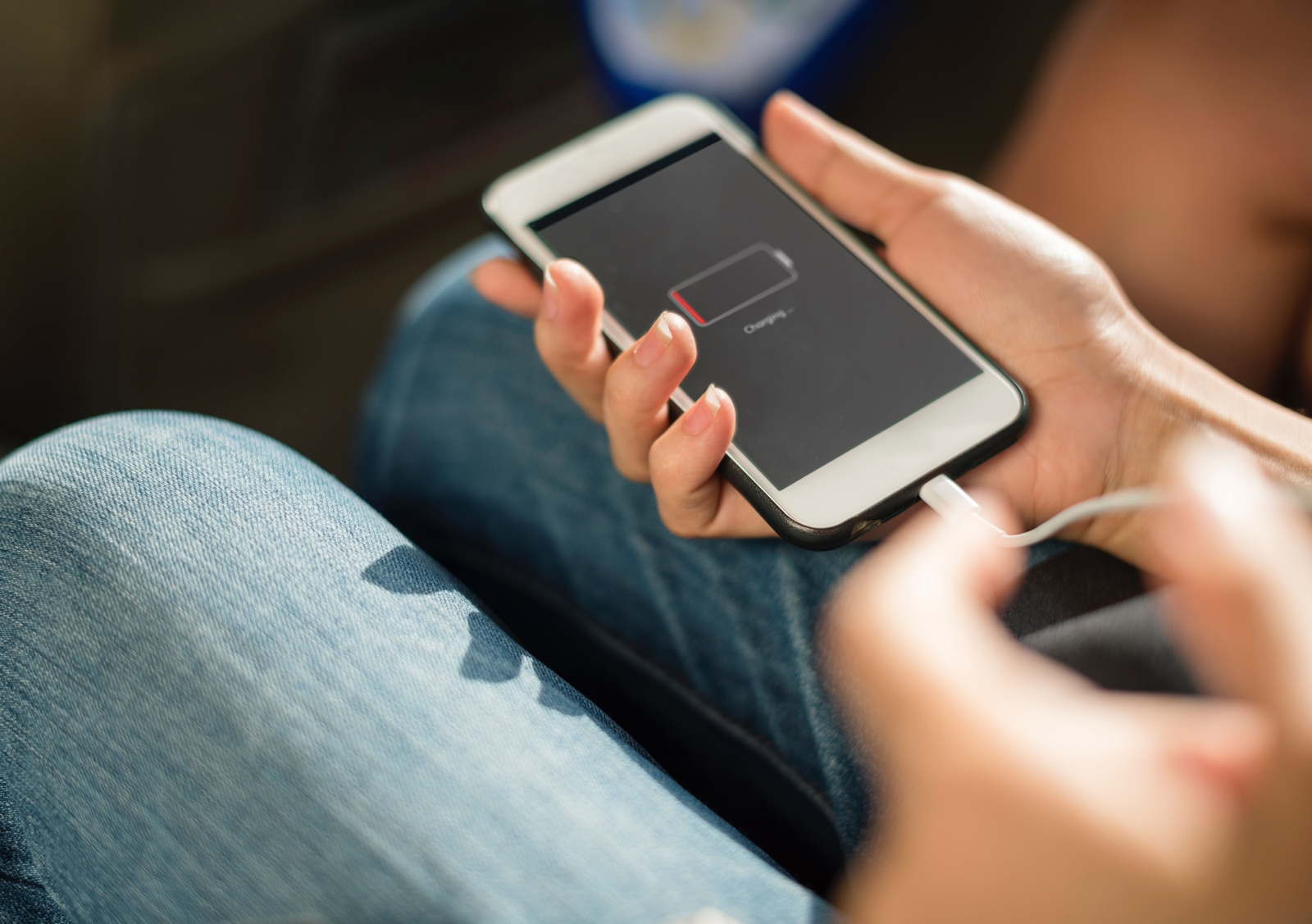 Keeping an eye on your data use at the end of each month is a good way to keep your phone security under close observation.

Watch out for spikes in usage without any changes on your part. Malicious programmes might be eating-up your data allowance in the background as they record your activity.

Pop-ups are a common unwanted consequence of modern phone use. However, if you notice lots of pop-ups appearing on your screen it could indicate you’ve been infected with adware.

Adware is used by hackers to force your device to view specific web pages in order to drive their revenue through clicks. Even if you aren’t infected with adware the pop-ups can easily be exercises in phishing.

They’ll repeatedly try to trick you into providing them with personal information or downloading yet more malware.

There are many ways for hackers to gain access to your accounts. If they access your phone then they could get access to all your accounts; from social media to lifestyle or even email.

If this has happened, you’ll soon start to see unusual activity. Resetting passwords, emails being sent or read without your knowledge or mysterious new account sign-ups are all warning lights you’ve been hacked.

This particular form of hacking is popular with identity fraudsters who can use vulnerable  accounts to set up other accounts, and even credit cards!

Even without your phone however a hacked iCloud or Google account will give them access to a vast amount of information backed up from your phone.

Personal photos and videos, contacts, current location, messages, call logs and, in the case of the iCloud Keychain, saved passwords.

Online criminals have developed a particularly nasty line in digital hostage taking – stealing precious photos and other data and forcing victims to pay a hefty ransom in order to get them back.

As an additional concern, a hacked Google account means a vulnerable Gmail account, the primary email for many.

Having access to such a primary email can soon lead to hacking of all the accounts that email is linked to – from your SnapChat account to your mobile phone account, preparing the way for a depth of identity theft that’ll cause untold harm to your life and credit.

Your phone’s camera isn’t just great for videoing your cat’s latest viral shenanigans or recording what you had for lunch – it’s also a popular target for hackers, particularly with the increasing popularity of video calling amongst phone users.

Signs that someone else is using it remotely includes the appearance of photos and videos in your gallery you have no recollection of taking.

Always be on the look-out for the flash lighting up when you’re not using your phone. Also, the camera and flash need a lot of processing and battery power. Consequently you might notice it getting very hot even when you don’t use it if someone else is controlling it remotely.

Whether you’ve managed to pick up a budget smartphone with a great camera or a bargain such as a new iPhone SE, you’ll still want to get a mobile phone or iPhone insurance policy to protect your investment.

What to do if your phone has been hacked

If you notice any of these signs and think your phone might have been hacked then here’s what to do.

Change your passwords as soon as possible. In order to avoid creating an easily hacked password, Google suggests the following:

You could also download a security app. Running anti-malware software will help you hunt down the problem. You want to know what applications are on your phone and what they are doing.

That said, be certain the anti-malware software is from a reputable source! While iPhones are less prone to hacks than Android phones they are not totally immune so still be careful.

Also try to remove suspicious apps. If something doesn’t seem right then just delete the app. Even if your security software has not highlighted it.

Tell friends and contacts that you might have been the victim of hackers. By warning people to ignore any suspicious messages, you can stop the malware from spreading even further.

If you do turn it on, make sure you’ve made the settings as secure as possible.

Only use sites and apps you trust. If you don’t want to be hacked again then you need to reconsider how you’re using your phone. There’s plenty you can do to protect yourself and your phone.

You could also perform a factory reset on your phone. Sometimes the results of being hacked leaves you feeling like it's almost impossible to use your device.

A great tip when things have become really bad is to use the factory reset feature of your phone. By starting again you can resolve a whole host of problems.

However, be warned this is a desperate solution. And if you don’t do it properly you could lose all your data and even damage your treasured phone.

Contact your insurance provider. iPhone insurance through Gadget Cover can protect you from a whole host of problems. For example, unauthorised calls and data usage from a lost or stolen device can be covered up to £2,500.

Time for a deep clean?

Strange activity from your phone isn’t just a sign you’ve been hacked.

It could mean your phone is so overloaded with data and apps it’s no longer performing at its best.

So how do you go about deep-cleaning your phone? 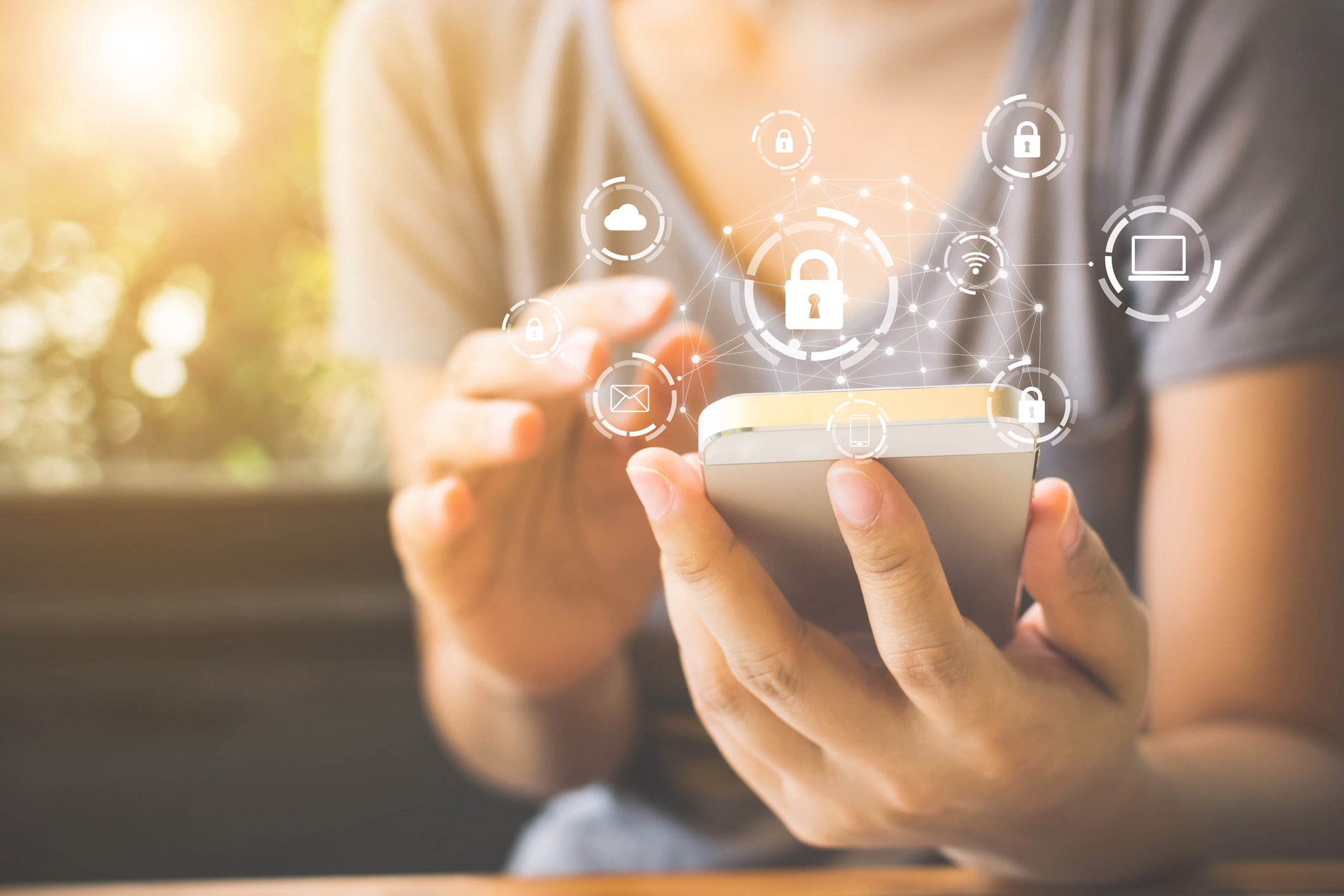 For iPhone owners, the dedicated team at Gadget Cover are always searching to find you an iPhone insurance policy that covers any model or requirements.

Any wise Apple enthusiast will know it’s vital to protect these sought-after devices from the risk of being damaged, lost or stolen. Depending on our gadgetry for so much means we’re increasingly vulnerable to such problems.

That’s why policies arranged through Gadget Cover can include protection from accidental damage, liquid damage, theft, breakdown and unauthorised usage.

For an extra premium your policy can also cover your iPhone against loss.

Cover is also automatically extended to include use of your iPhone anywhere in the world, up to 180 days in any one year.

Policies can also replace any of your accessories (up to £150) if they are lost, stolen or damaged at the same time as the iPhone.

Get a quick quote for iPhone insurance today.