8 things we love about the iPhone 11

The Apple iPhone 11 (also known as the XI) was one of the most highly anticipated mobile releases of 2019. It marked the 13th generation lower-priced iPhone, its predecessor being the iPhone XR, with a higher-spec iPhone 11 Pro released alongside it. 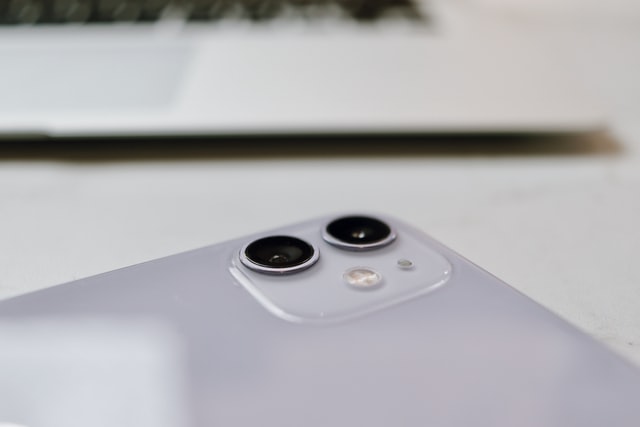 Good news if you’re someone who’s looking to upgrade their smartphone to the iPhone 11 or 11 Pro: the price of the handset could soon drop. Why? Well, as the Express explains, there are rumours circulating that Apple could be planning to release two low-cost devices in the near future, which could push down the price of its existing models, including the iPhone 11 and 11 Pro.

One of the rumours is that Apple is releasing an updated version of its extremely popular (and considerably cheaper) iPhone SE. In fact, two devices are rumoured to be launching in March 2020  – one featuring a 5.5-inch LCD and the other getting a larger 6.1-inch screen.

But, because these devices are expected to be cheaper, they are likely to be lower spec than the iPhone 11. So, if you really want to own one of the best performing smartphones currently on the market, you’re better off investing in an iPhone 11 now than waiting until March.

Whichever device you end up purchasing, you need to make sure it’s covered with insurance. This is especially important if you invest in a phone as expensive as the iPhone 11, which currently has a price tag of over £700.

Gadget Cover can set you up with an iPhone insurance policy for a competitive price. It will cover things like accidental damage and liquid damage, with protection against loss offered as an optional extra. Other policy benefits include things like worldwide cover, family cover and protection for your iPhone accessories.

We’re sure people who already own the iPhone 11 will agree that there’s a lot to love about the device.

Bigger batteries and cool new colour options are just some of well-known, celebrated features of the iPhone 11 and Pro. But there are many other features (some of them lesser known or even hidden) that we can’t get enough of. It was a hard task, but we managed to narrow it down to our top eight – here they are:

Capturing a subject talking in a busy and/or loud environment is a tricky task on many smartphones – but not on the iPhone 11. Both versions of the phone boast an in-built feature that essentially lets users ‘focus’ their device’s microphone, resulting in clearer, crisper audio. As AppleToolBox writes, this feature was first introduced on Samsung’s higher spec devices, but is now on Apple’s latest devices as well.

The feature is actually called Audio Zoom. When you zoom in to a subject, the phone focuses the microphones at the same time, blurring out the surrounding noise. It doesn’t just work for people talking, but also things like objects (i.e. a machine) making noise.

If you haven’t guessed already, ‘Slofie’ is a slow-motion selfie. The name might not be particularly imaginative, but it’s certainly a cool feature on the iPhone 11. As Macworld explains, the device’s 12Mp TrueDepth, front-facing camera allows users to snap moving HD images at 120fps, which can then be slowed down for ‘super-smooth slow-motion vignettes.’

Rumour has it that Apple is trying to trademark the term ‘Slofie’ so that none of its main competitors start using it.

No matter how careful you are with your tech, sometimes the screens break or crack, with iPhones having a bit of a reputation for doing this. Hence why taking out iPhone insurance to cover against this mishap is a must.

While the aftermarket display notification won’t magically stop a screen from breaking, it does alert users about dodgy display repairs made to second-hand devices. These third-party repairs usually end up affecting touch and display performance, plus it could impact a user’s ability to claim on their insurance policy.

Seeing if a device has had a repair made to it is simple: just go to Settings > General > About. A simple task that could save you a lot of hassle in the long run.

On the topic of broken screens, Apple claimed that its iPhone 11 and 11 Pro feature their ‘toughest ever’ glass – and it might just be right. CNET carried out drop tests on both versions and it turned out that both phones were a lot tougher than initially thought.

In fact, both devices survived a number of ‘drops’ onto solid concrete from different heights. It was only on the third drop, from eight feet, and final drop from 11 feet, that there started to be any significant damage on either of the devices. The Pro only suffered some damaged pixels after four drops, while the 11’s rear camera stopped working after the fourth drop.

What this means is that the iPhone 11 and 11 Pro could make the ideal handset if you’re someone who’s prone to breaking their phone. It will at least give you peace of mind that if you were to drop it, hopefully you’ll pick it up and find it unscathed (the first few times, anyway!).

It’s worth pointing out, though, that you should still protect your iPhone with a decent case – even if the screen on the 11 and 11 Pro is the toughest yet. There are tonnes of options on the market, but you could stick with an Apple branded case. 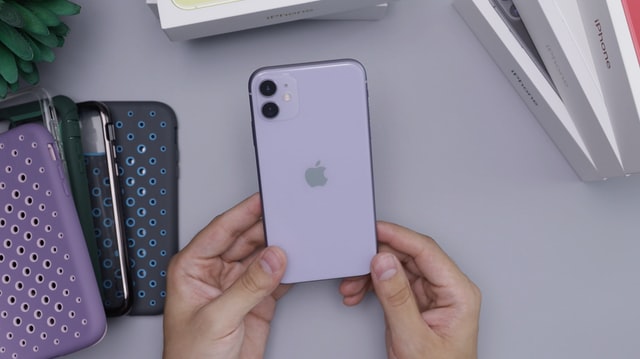 Choose from a range of colours and materials, including silicone, leather and polycarbonate/TPU. The basic covers come in at £45 to £55, or you can upgrade to a smart case which will guarantee you even longer battery life (up to 50% longer when the case is fully charged). It’s also compatible with Qi-certified chargers, meaning you can charge your case and your phone at the same time.

After-dark snaps have never looked so good! iPhone 11 and 11 Pro owners simply can’t get enough of the camera’s new Night Mode feature. It works automatically (you’ll see a moon icon on your screen) but can also be switched on manually in dull weather conditions.

The feature takes advantage of the device’s wider-angle camera and large sensors, which let more light into each shot, resulting in brighter images in low light. Users also get tips on how long they need to hold their phone for the perfect night photo, as well as a preview of what it will look like. Sure, you need a steady hand and a little patience, but it’s worth it for that perfect night-time selfie!

While Night Mode on the iPhone 11 and 11 Pro is generating a lot of hype, another camera feature that’s proving just as handy for users is its steadiness detection. Essentially, iPhone 11s know how a user is holding it.

The 11 and 11 Pro can detect whether you’re holding the device steady or not – aka, they know if you’ve mounted it on a tripod, or if you’re leaning it against a wall for that perfect shot. Once it’s made the accurate detection, it offers you extra long exposure options, allowing you to set the timer up to 10 seconds. This feature works hand in hand with Night Mode, but also complements a wide range of other photographic techniques.

A feature that hasn’t got the ‘buzz’ it deserves is the iPhone’s Ultra-Wideband (UWB) tech. As AppleToolBox notes, this tech is essentially a geolocating system for small environments – for instance, ultra-precise location data in a shopping centre or your home.

The devices have a UWB chip that’s only used for its new AirDrop feature that lets you prioritise recipients you’re pointing at. However, UWB can be used in a wide range of other applications, including super-precise indoor navigation and improved location abilities for the tech giant’s rumoured Bluetooth tracking device. Its biggest features are still to come, so watch this space!

The iPhone 11 and 11 Pro have significantly upgraded displays compared to their predecessors. They’ve got better brightness, but also introduce actual and true support for HDR and Dolby Vision. But what does ‘actual’ and ‘true’ support really mean?

Well, the 11’s predecessors – such as the iPhone XS – supported HDR content, but the device was unable to play the content back in all its glory. But both the iPhone 11 and 11 Pro are able to switch to HDR10 or Dolby Vision colour profiles when the appropriate videos are played back.

Other features we love – quick tips and hints

These are just eight of the many features we love about the iPhone 11 and 11 Pro, and we’re certain you’ll love them too if you buy the device.

But, there are many other features and benefits we simply couldn’t go without mentioning! So, inspired by a Pocket-Lint blog, here are some other features and some handy hints you’re bound to find useful (note: some of these also feature on older iPhone devices).

One of the first things you need to think about after purchasing your new iPhone is taking out cover for it.

While phone shops might offer you insurance at the time of purchase, it may not offer you the greatest level of protection or the best deal. We recommend getting a quote with Gadget Cover instead – we’ll ask you some questions about your device before finding a policy to suit, and we’ll strive to be as competitive as possible with pricing.

Get a quote today!