How to buy a mobile phone 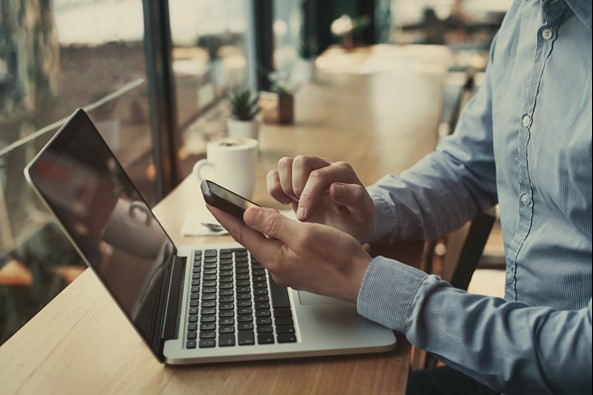 Buying a new mobile phone is an exciting prospect. You’ll be looking for a decent camera, plenty of storage and processing power to keep you entertained and informed. Not to mention good battery life so you won’t be forever searching for your charger.

However, with so many new features and specs to catch the eye, choosing the right mobile phone for you can feel daunting. That’s why we’ve put together this handy guide to help you make the right choice. After all, with prices always on the rise, it’s more important than ever you spend your money wisely on a device that’s right for you.

When you’ve made your purchase, our dedicated team of insurance specialists can then help you find the very best mobile phone insurance or iPhone insurance to protect your gadget.

How much do you need to spend?

The fact is you can spend anything from around £150 for a budget smartphone to over £1,000 for a top-of-the-range model. So, working out what budget you have to play with and what features are most important to your lifestyle are key decisions to make early in your research.

Happily, the days when you had to fork out a hefty wedge of cash to get a decent smartphone are well and truly gone. If you’re on a budget and just want a phone for calls and texts, a bit of light web-browsing and regular social media updates, then you can easily pick a solid performer up for around £150. While this won’t get you the latest offerings from Apple or Samsung, there are some great phones from Honor or Xiaomi that are worth a look.

But if you simply must get an Apple device then older models like the iPhone 6 are now within the budget range. But these still need to be protected by iPhone insurance if you want them to last for the long term.

While the budget end of the market is booming, there’s also a growing number of extremely capable mid-range phones. Just a few years ago many of these would have been considered a premium proposition. So, if you’re looking for a better camera or you’re a keen mobile gamer, then one of these might hit the sweet spot for you. Expect to pay between £200 and £400 on tempting options like the Google Pixel 3A and the Samsung Galaxy A71.

While the luxurious realm of premium phones might seem beyond the reach of many people, if you absolutely must have the best of the best then you’ll be looking at a serious investment in a so-called flagship phone. With truly top-end camera capabilities and all the latest bells and whistles you’ll be looking to spend over £800. Current highlights include the Huawei P40 Pro, Galaxy S20 Plus and iPhone 12 Pro Max.

Of course, many of these premium handsets can come as part of a contract, which you pay for monthly, spreading the cost throughout the year.

With such hefty price tags these premium phones are a popular target for thieves. Don’t leave home without arranging mobile or iPhone insurance to cover you in case of theft.

The big decision – iOS or Android?

After deciding on your budget, the next decision is which operating system you’re going to choose: iOS or Android? While many phone buyers will instinctively know which one they’ll prefer (perhaps because of the system they use at work), it’s useful to think about how they measure up. It’s the operating system that will determine how your phone interface will look, what apps you can run and how easy it is to use.

If you’ve ever used an Apple product then you’ve used iOS. With regular updates, great security and privacy features, a recognisable layout and intuitive navigation, it’s simple and easy to learn for both young and old. iOS provides access to the Apple App store that contains almost 2 million vetted apps for every possible purpose. It also means that if you own any other Apple device (such as an Apple Watch) your iPhone will work with it seamlessly.

Developed as part of an open-source project headed by Google, the Android OS is used by most of the other big mobile phone manufacturers such as Samsung and Huawei. How Android looks and behaves depends on the manufacturer and it also allows a great deal of personalisation by the user. It gives you access to around 3 million apps in the Google Play store, and links to other Android devices.

There is truly a bewildering array of features to get even the most technophobic of users excited. However, there’s no use shelling out your hard-earned cash for top-of-the-range specifications if you’ll never use them. So, here are some of the main features you might need to get a handle on.

Size really does matter when it comes to screens. We rely on modern mobile phones so much that you need to be comfortable using them. Phones with smaller screens (say between 4 and 5 inches) can be easier to handle when you’re browsing on the go and slip easily into a pocket or bag. However, if you think you’ll be watching videos, playing games or working on documents from your mobile, then bigger might be better.

Do you run multiple apps simultaneously? Do you watch a lot of video or play online games? If so, then your heavy online usage will drain your battery faster. If this sounds like you then go for a phone with a long-lasting battery.

5G is the next generation of mobile network, succeeding 4G. Promising faster speeds, instant streaming and lower buffering speeds than its predecessor. However, if you want to take advantage of these benefits then you’ll need a 5G-ready phone.

If you love shooting videos for your YouTube channel then you’ll want high quality footage. 4K video is the new benchmark in video recording that you’ll want in your smartphone. Remember though, these videos will take up more storage space than standard ones.

With multiple cameras a feature of many phones now, look out for higher pixels, HD (high definition) mode and image stabilisation.

From the curved screens and edgeless displays beloved of Samsung Galaxy phones to the simply astonishing 120Hz, QHD+, HDR10+ screen of the OnePlus 8 Pro, manufacturers are busy trying to outdo each other on the quality of their displays.

Security and privacy are increasingly important to consumers and so fingerprint readers have become more common among phones. While fingerprint technology does much to keep access to your phone secure, criminals are always looking for ways in. So, stay aware!

With iPhone insurance from Gadget Cover, if your phone is accidentally lost or stolen, we will refund the cost of unauthorised transactions made using your e-Wallet facility up to a maximum of £500.

Even with the growth in cloud-based storage, the number of apps, music files and photos we store on our phones means that storage capacity is a vital consideration. If you use your phone for sending messages and emails, browsing the internet and taking the occasional photo then 32GB should be plenty. However, many phones now offer 64GB, 256GB, and even 512GB and will comfortably hold a good collection of music, photos and games.

Our phones come in for a good deal of punishment in their lifetimes and need the best protection against potential damage from water and dust. Many top-of-the-range smartphones are rated IP68 – the first number refers to dust resistance and the second to water.

If you have iPhone insurance from Gadget Cover then your phone is also covered against liquid damage. So, if your gadget has been damaged due to splashes or full immersion, we’ll repair it or replace it.

With our business and personal lives so reliant on mobile phones, choosing the right network is the next thing to consider. Some are leading the way with amazing 5G coverage offering unrivalled speeds in various cities and towns across the UK while others have focused on coverage in Europe. Useful perks like priority tickets or entertainment subscriptions are also worth considering when joining a new network.

Take a look at Ofcom’s coverage checker to see which networks cover the areas where you live, work, and hang out.

Remember, if you’re already taking out a broadband package with one of the big providers like BT, EE, Sky, or Virgin Media then it’s worth speaking to them, too. As an existing customer, they might be able to offer you an even better deal on a mobile phone.

There are two main ways to buy a new mobile phone. The first, and perhaps most popular option, is to spread the cost over one or two years with a contract. This is a great way to get a high-end phone when money is tight. However, they can end up more expensive in the long run.

The alternative is to buy a SIM-free phone. While you have to pay a lot up-front it can work out cheaper and gives you the best flexibility when it comes to deals on calls, text and data.

Consumer champion Which? has a handy phone contract calculator to help you decide the best way to buy.

Where is the best place to buy a mobile phone?

There are so many great places to buy a mobile phone that there’s no straight answer to this question. From the networks themselves, to high street shops and online retailers, you are really spoilt for choice. However, buying a mobile phone can be a big investment, so make doubly sure you're handing your money over to a trusted seller. Always check their returns policy and pay attention to customer feedback and reviews.

To give you a good idea of the deals currently on offer take a look at the following websites:

Carphone Warehouse – With the widest range of handsets on the most UK networks, Carphone Warehouse is the place most people first think of when looking for a mobile. You can trade in your old phone when you upgrade and there’s a price promise to beat its high street competitors.

Mobile Phones Direct – Offering affordable deals on hundreds of phones from a range of different brands including Apple, Samsung, Huawei and Google. You can choose from three network options – Vodafone, O2 or Three.

Argos – The high street stalwart sells a mixture of SIM-free and Pay As You Go mobile phones. A good place to look for the lowest prices on the latest handsets.

When you get a new phone, there are a lot of other extras you’ll want to snap up at the same time.

With iPhone insurance from Gadget Cover we’ll replace any accessories (up to £150) if they are lost, stolen or damaged at the same time as your gadget.

Whether or not you buy an iPhone, Apple is considered to make some of the best devices in the world. That’s why the team at Gadget Cover are always searching for the very best iPhone insurance policies suitable for your device, requirements and budget.

Our policies include protection against accidental damage, liquid damage, theft, breakdown and unauthorised usage as standard. And for an extra premium, your iPhone will be covered against loss, too.

Additional benefits include family cover to extend protection to your immediate family and Worldwide cover to include use of your iPhone anywhere in the world. So, whether you’re away on holiday or business, you’re covered!

Protect your mobile with iPhone insurance from Gadget Cover today.