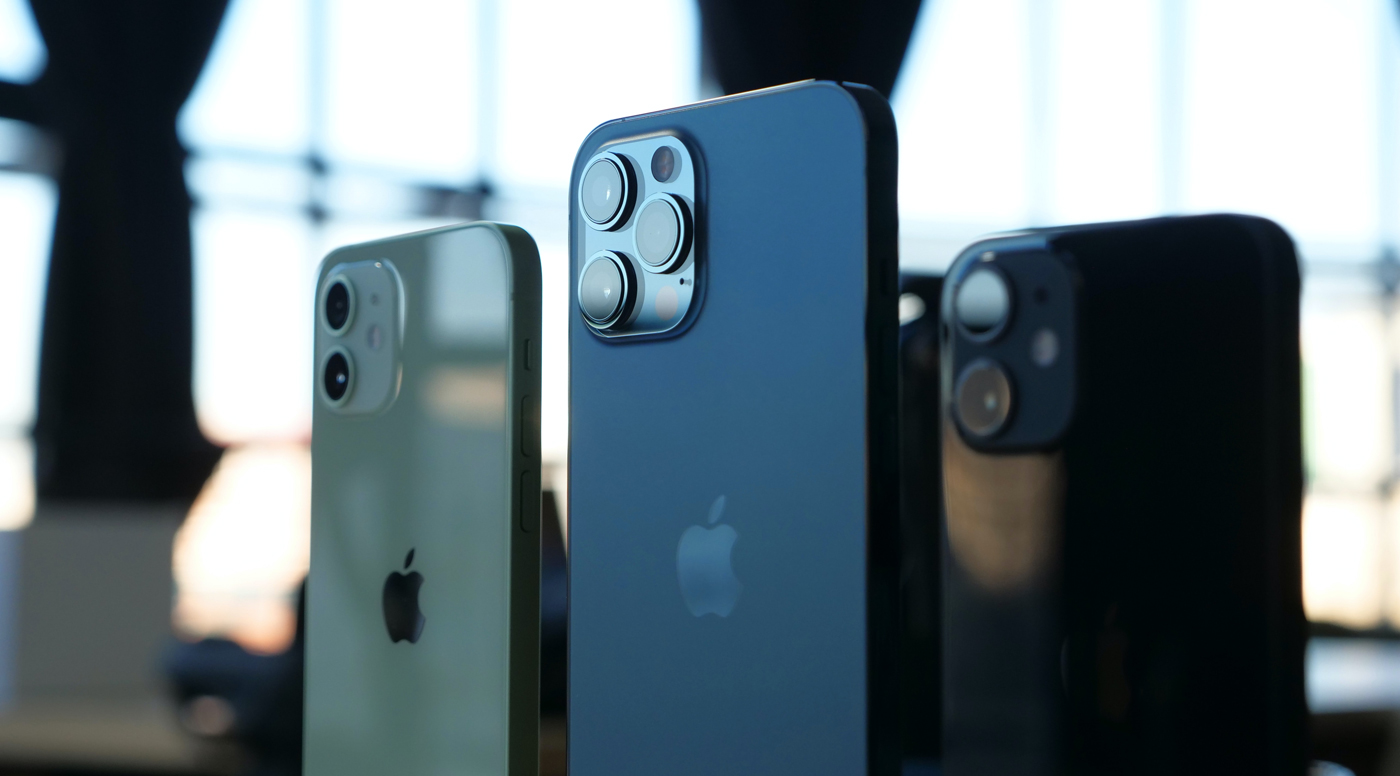 While it might only seem a few months since the arrival of the iPhone 12 family on the UK shores, if you’re a true Apple aficionado you’ll no doubt already be thinking of the next big release.

While the iPhone 12 mini, iPhone 12, iPhone 12 Pro and iPhone 12 Pro Max were all a big hit with tech geeks, every rumour since about their possible successors has been eagerly devoured by fans and commentators.

That’s why we’ve decided to bring all the iPhone 13 rumours together into one place to give you an idea of what to expect.

Remember, though, these are still only gossip and rumours, things can change rapidly in this industry. So, don’t come crying to us if a hoped-for feature doesn’t make it to the shelves!

But whether you cross your fingers and hope for a particular upgrade, if you do buy the latest iPhone don’t forget to invest in some insurance for your iPhone while you’re at it.

At Gadget Cover we make arranging iPhone insurance easy. Just give us a call and protect your treasured tech from breakdown, damage, theft and even loss.

Introducing the new iPhone 13. Or is it iPhone 12s?

Okay, it might not be something that gets real techies excited but the name of the next Apple iPhone release certainly seems to be very much up in the air.

Early gossip about the 2021 release referred to the phone as the iPhone 13, but that has since been replaced by a different name, the iPhone 12s. So, which is it likely to be?

Apple naming conventions over the years haven’t always been straightforward and it looks like 2021 will be no different.

If the 2021 Apple iPhone ends up offering some improvement but keeping the same basic design as the iPhone 12 then the iPhone 12s looks like it will be the winner.

Coupled with this is the fact that the number 13 is seen as unlucky in certain parts of the world, so it might be that Apple wants to skip this entirely when it comes to the next iPhone. And after a year like 2020, could we blame them for being a bit superstitious? 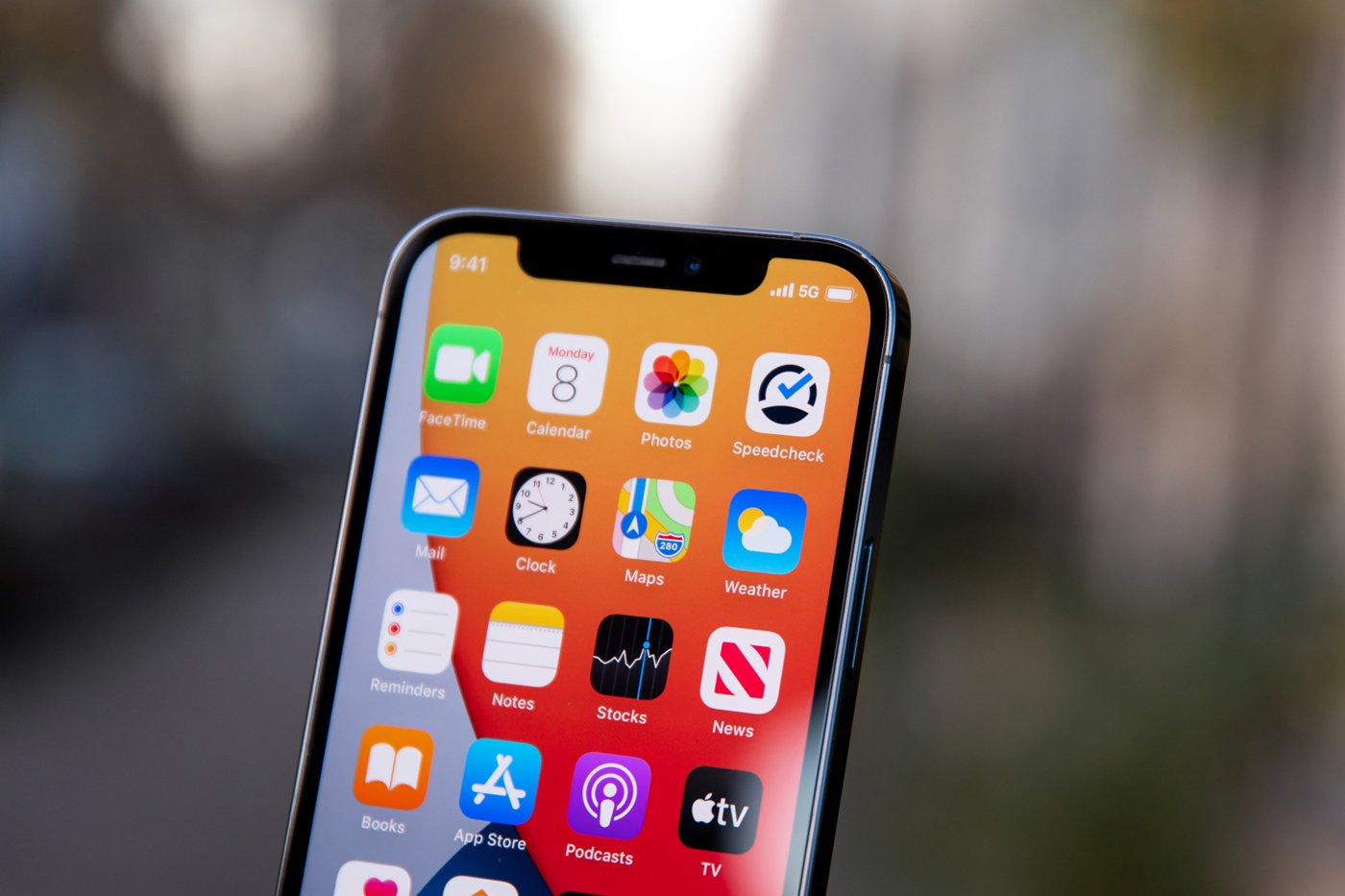 Due to production delays caused by the COVID-19 pandemic, the iPhone 12's 2020 release date moved around a fair bit last year.

It’s possible that Apple could stick with October or revert back to September, but it’s safe to assume the iPhone 13 will appear at some point in the autumn of 2021. Although, as last year proved, sometimes even the best laid plans don’t work out.

Pricing is always a sensitive issue when it comes to smartphones, but it seems like the iPhone 13 will be priced in a similar way to previous product releases.

Consumers should look forward to the arrival of another four members to the iPhone family.

Prior to 2020, Apple usually focused on three launch models. However, last year the mini model was introduced as the fourth handset in the iPhone 12 family.

Commentators think this will continue in 2021 (maybe at the expense of a new iPhone SE). But if any model does get dropped it would probably be the mini, as the iPhone 12 mini reportedly didn't sell as well as hoped.

The iPhone 12 series saw plenty for design enthusiasts to get worked up about, mainly due to the flat edges and blockier build inspired by the iPhone 4 and iPhone 5.

Because of that, it’s unlikely we’ll see big changes to the overall design and look of the iPhone 13. But that doesn’t mean we won’t see some seriously significant tweaking!

To start off with, the long-awaited disappearance of the notch might finally be on the horizon! Okay, maybe not disappearance (yet), but potentially a reduction.

Long seen by design buffs as something of a blot on the iPhone’s supposedly all-screen design, the notch has been unchanged since its first appearance on the iPhone X in 2017. Could 2021 see a change? iPhone users who put a premium on screen real estate will be hoping so.

Another more controversial change could be a move towards a port-free iPhone. Since the brave decision to do away with the headphone port in the iPhone 7, Apple watchers have wondered how long it is before we get rid of all those pesky ports that disrupt the aesthetic purity of the iPhone.

Indeed, Apple’s decision to bring magnetic MagSafe charging to the iPhone 12 can be seen as the first step toward that reality. Could at least one of the iPhone 13 models take the next step by doing away with ports altogether?

Last but by no means least, in view of the issues with facial recognition during the COVID-19 pandemic, the iPhone 13 may add Touch ID to the iPhone’s biometric systems.

While Apple has brought Touch ID to the iPad Air through the power button, the iPhone 13 rumours suggest that Apple may instead use an under-display fingerprint scanner.

There is some debate between whether this could be via optical technology or ultrasonic technology. 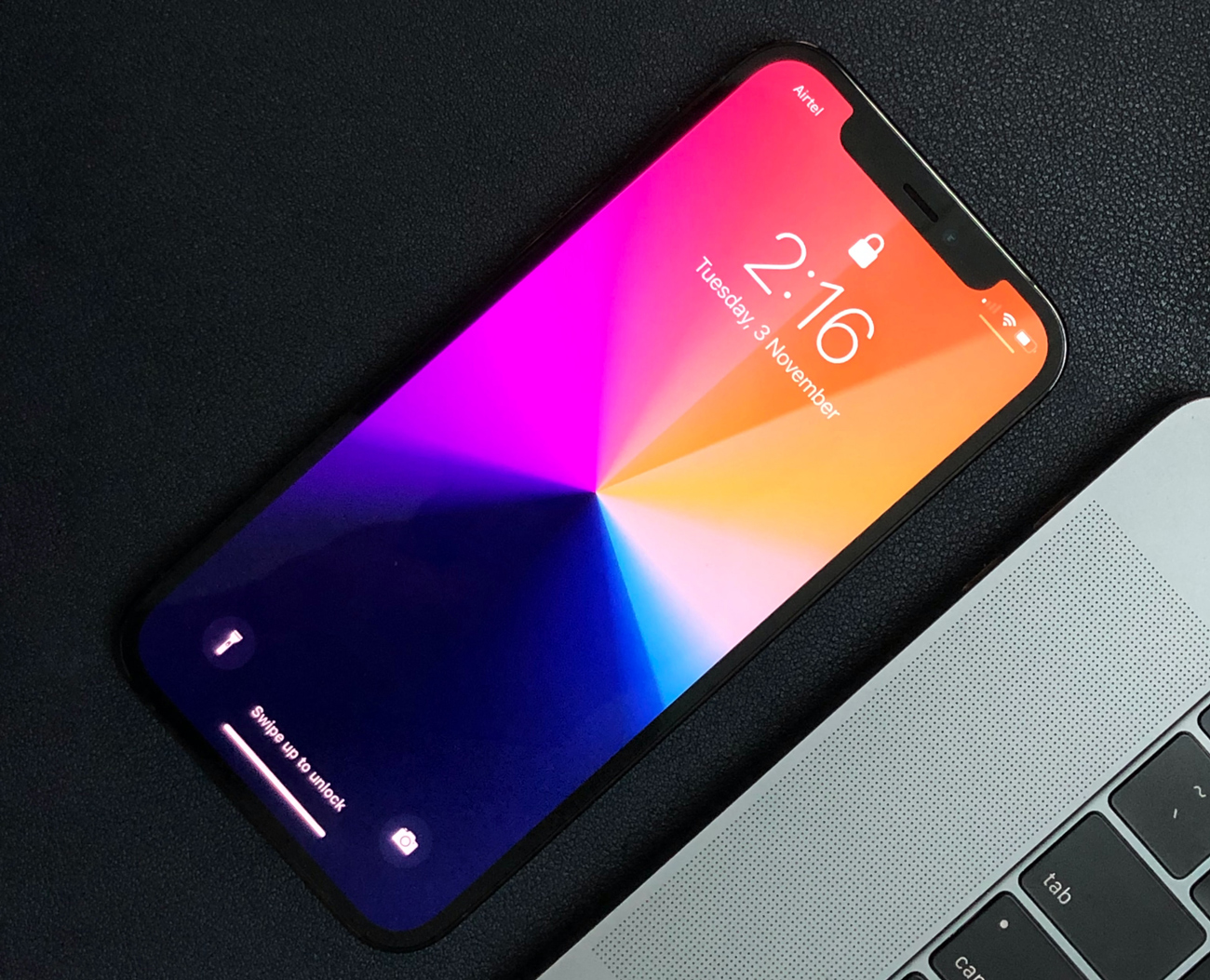 No new iPhone arrival would be complete without many rumours swirling about the various new features and technical specifications we could look forward to. Here are just some of them!

At the top of the list for hope-its-true rumours has to be the arrival of the iPad Pro's super-slick 120hz ProMotion refresh rate to the iPhone range.

Rumours have been circulating for years and in 2020 it looked like this display change might arrive in some high-end iPhone 12 models. Alas due to concerns over battery life this was one rumour that failed to materialise.

For 2021 it seems that the two Pro models will use OLED displays with low-power LTPO backpane technology.

LPTO allows for better battery life and could pave the way for the super-smooth scrolling and animations that a 120hz refresh rate allows.

Animators, video editors and anyone looking for precision in motion will welcome such a brilliant feature. Fingers crossed.

Another display related rumour is the suggestion that Apple might add an always-on screen to the feature list of the iPhone 13.

Owners of high-end Android smartphones have been using always-on displays for a while now, but it finally looks as though the iPhone is catching up.

The handy feature keeps your screen on in a low power state, and shows you information like time, date, battery life and notifications. A huge convenience to the modern smartphone user.

Battery life is one thing that all smartphone users will always want more of. An interesting rumour has it that the next generation of iPhones might be the first to switch to so-called 'soft board' battery technology.

With fewer layers than existing batteries soft board batteries are thinner. This means Apple is capable of squeezing more battery into the same space or making devices even thinner.

Another year, another advance in chip technology. In a bid to maintain its performance edge over Android rivals like Samsung, Apple invests huge amounts of money into its chip-making. So, this year it’s highly likely that the iPhone 13 will make use of a new Apple A15 chip.

The A15 chip is reportedly using TSMC’s second-generation 5nm+ process to improve on both performance and efficiency as compared to the iPhone 12. With performance boosts like these, Apple will hope to continue the tradition of having the most powerful mobile chip in the game.

Recent reports have suggested that Apple could be preparing to launch an incredible 1TB storage variant of the iPhone 13 Pro.

While the iPhone XS in 2018 was the first iPhone to feature 512GB of storage, that has not been surpassed in either the iPhone 11 or iPhone 12 models.

Could 2021 be the year that an iPhone smashes this storage milestone? If so, how could that affect the price of the iPhone 13? And could this see an increase on the 128GB minimum storage for a Pro device? 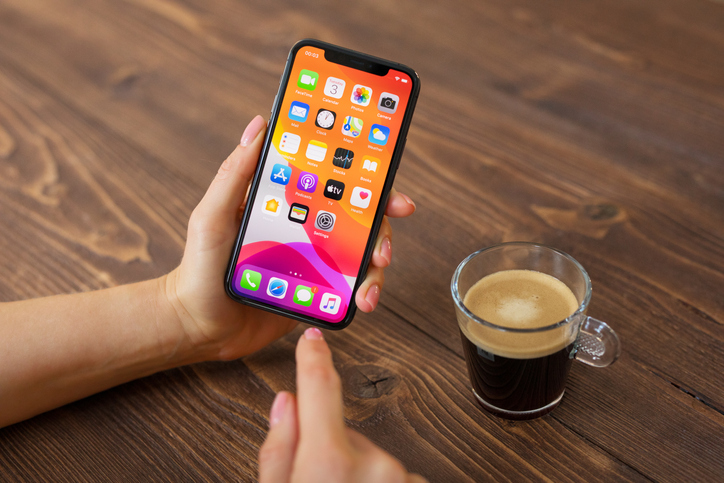 iPhone 13 models are also rumoured to support Wi-Fi 6E connectivity for an even faster data link to the web and cloud. This is a step up in performance from the Wi-Fi 6 standard in the current generation of iPhones.

A big draw for iPhone users is the feeling you’re always at the cutting edge of developments in camera phone technology. And while the iPhone 12 didn’t get quite as big a camera upgrade as its predecessor iPhone 11 series, the iPhone 13 looks set to introduce some game-changing advances when it hits the market.

To start off with, the larger sensors and the sensor-shift tech on the iPhone 12 Pro Max should now be rolled out to the whole iPhone 13 range. Bringing high-end photography to even the lower-end of the range – a whole family of ‘photographer’s iPhones’.

It’s also been suggested that all four iPhone 13 models will get an ultrawide camera with an f/1.8 aperture. However, that has been disputed, with some commentators saying only the iPhone 13 Pro models will get the wider aperture.

This should boost low light performance though so great news if you like snapping selfies at night.

One of our favourite rumours is the suggestion the iPhone 13 will feature a folding 'periscope' lens, which could mean digital zoom capabilities of up to 50x!

Blowing even the iPhone 12 Pro Max out of the water. However, don’t get your hopes up, this rumour sounds like one for future years.

Adding such a scanner to the back camera array for depth-sensing features should help make for faster autofocus in low light, and may play a role in future augmented reality tech.

If even half these rumours prove to be true, the iPhone 13 launch looks set to set the smartphone world alight. However, no matter what incredible features these new iPhones have, they will still be vulnerable to the usual risks.

Whether from theft, breakdown, loss or damage, make sure your beloved iPhone is covered by iPhone insurance.

Whether or not you wait for the iPhone 13 to hit the shops, you’ll always get an exceptional device for your money from Apple.

That’s why the team at Gadget Cover are so dedicated to setting you up with an iPhone insurance policy to suit your device, requirements and budget.

Rather than worrying about costly slip ups, you’ll be able to concentrate on getting the most out of these phenomenal gadgets.

Our policies include protection for things like accidental damage, liquid damage, theft, breakdown and unauthorised usage. And for an extra premium your iPhone will be covered against loss, too.

And when the new iPhone does arrive, if you’re lucky enough to bag one, no doubt other members of your family will want to have a go. Our gadget cover is automatically extended to them as well.

Call our team of insurance specialists and protect your tech with iPhone insurance from Gadget Cover – you might be surprised at how much you could save.

Get a quick quote today.

What are water and dust ratings?

5 of the best new folding phones

What is a VPN?