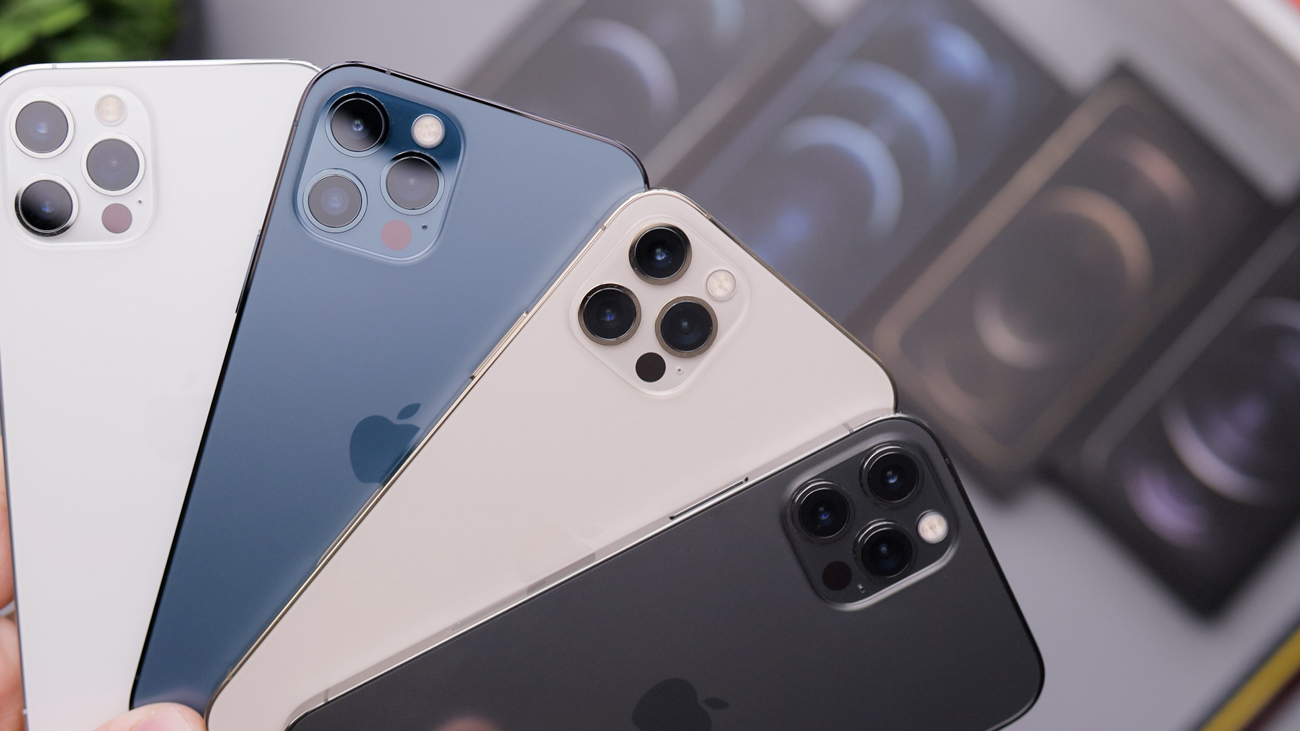 As the makers of some of the best-selling smartphones in the world any new product launch from Apple is eagerly awaited among tech geeks. With every rumour and every leaked image pored over by fans, it’s no surprise the arrival of the new iPhone 12 in October 2020 was greeted with much fanfare.

However, as with every previous launch this has put phone buyers into a quandary – which phone to buy? Do you go with the iPhone 11, an excellent phone but at a cheaper price, or the latest iPhone 12, the one with all the latest technological tweaks but more expensive? The team at Gadget Cover has put together this guide to help you answer this tricky conundrum.

While some decisions are harder than others, when it comes to insurance for iPhones we make it easy. If you want to protect your treasured tech from breakdown, damage, theft and even loss then contact Gadget Cover to get the best deal.

At first sight on a display stand, you might think there isn’t much to choose between the outgoing iPhone 11 and the brand-new iPhone 12.

However, don’t be fooled by initial impressions. Those in the know believe that the iPhone 12 actually represents one of the most dramatic iPhone updates in years!

So, what's there for Apple to boast about? And if you’re looking for a new phone is it worth the price tag? Here we look at some of the most crucial developments in Apple’s new flagship phone and how they compare to its previous best-in-class.

Greater range of models and sizes

The 6.1-inch iPhone 12 itself is also thinner, smaller and lighter than the standard iPhone 11 it replaces. Meanwhile the entry-level 5.4-inch iPhone 12 Mini is an all-new size and is the smallest iPhone the tech giant has introduced since the iPhone SE in 2016. 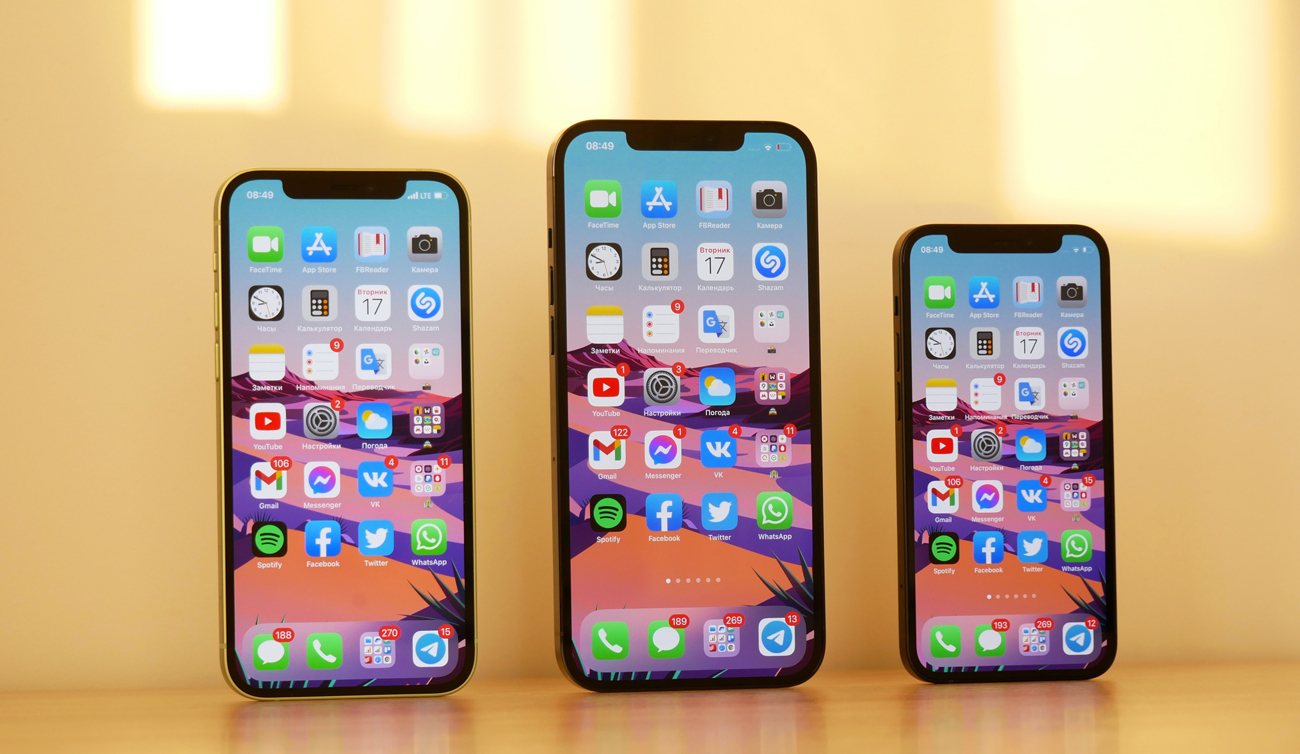 With Apple, price is always going to be a factor when weighing up options. As a newer, more advanced phone, the iPhone 12 is obviously going to be more expensive than the iPhone 11. It currently starts at £799, while the iPhone 11 costs £599.

To the untrained eye, both handsets look similar from the front, but Apple has in fact overhauled the iPhone 12's design this year.

Something that will not be lost on the design aficionados who follow Apple’s every move. The rounded edges of the iPhone 11 and previous models have been replaced by smooth, flat aluminium, and it feels more compact, too.

In terms of colourways there isn’t much to choose between the two ranges. The iPhone 12 and iPhone 12 Mini come in five colours: black, white, red, green and blue. While the iPhone 12 Pro and Pro Max come in four: graphite, silver, gold and Pacific blue. The iPhone 11 came in six: purple, yellow, green, black, white and red.

While the iPhone 12's body is more compact thanks to its thinner borders there hasn’t been a loss in screen size. Indeed, it’s in terms of the display that there have been perhaps the biggest developments.

Pixel density has also jumped from 326ppi to 460ppi and resolution from 1792x828 to 2532x1170. For anyone who uses their iPhone to watch the latest TV series or new movie release this is all welcome news.

If you fancy making your own videos, then the iPhone 12 also supports HDR in the Dolby Vision, HDR10 and HLG formats up to 30fps (though the iPhone 12 Pro and iPhone Pro Max can reach 60fps).

With all those flashy developments keeping your screen safe from damage is clearly a priority for any careful owner. To help with this Apple has introduced a new Ceramic Shield cover that replaces the standard glass.

According to Apple the shield is infused with nano-ceramic crystals that make it tougher than any smartphone glass. Indeed, the company says it's four times more likely than the iPhone 11's screen to survive a fall without cracking.

While we don’t recommend putting that to the test, having iPhone insurance from Gadget Cover means that unlike other insurers you’ll be covered against even minor screen cracks.

For those who spend time near water, Apple has also upped the waterproofing on the new model.

Whatever the iPhone 12’s waterproofing powers, iPhone insurance with Gadget Cover also protects your gadget from damage due to splashes or even full immersion. 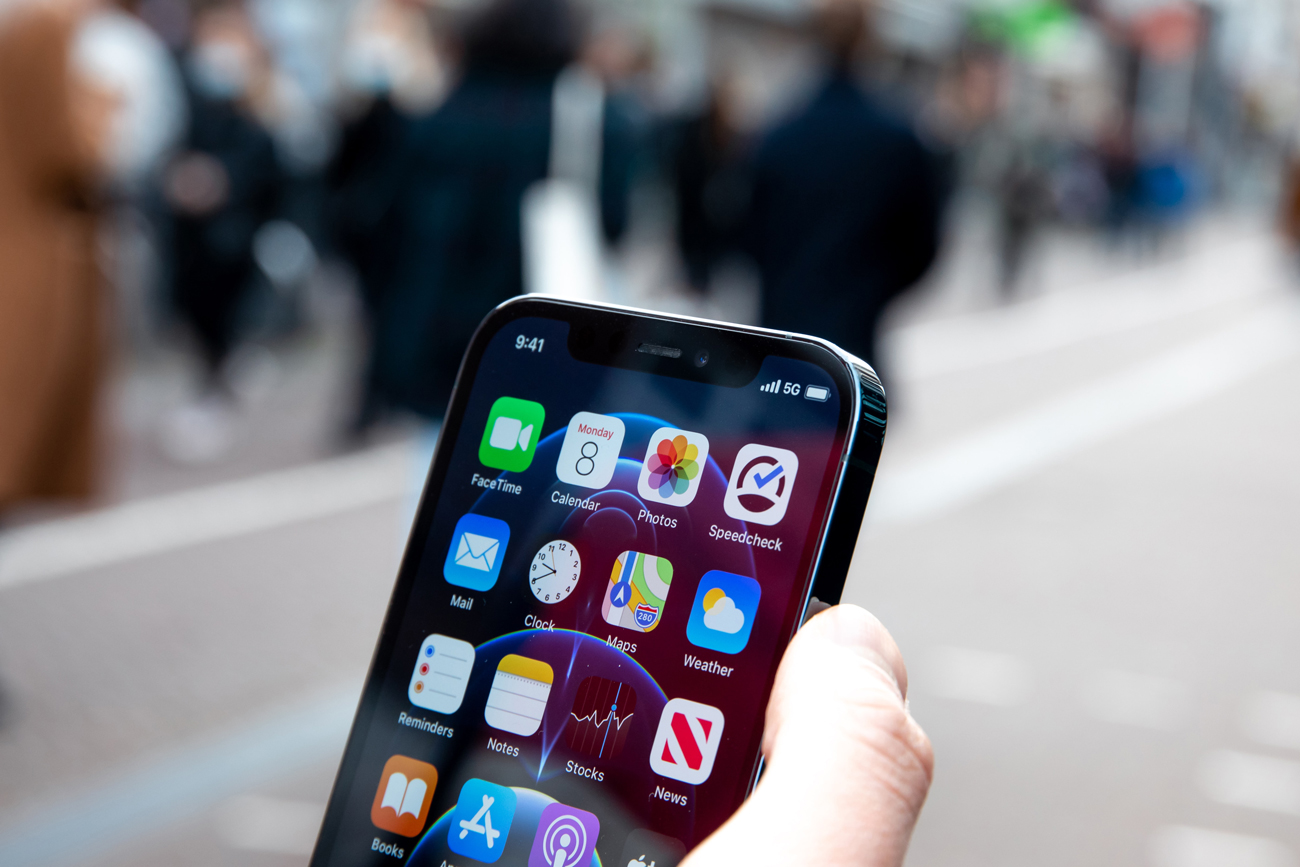 While the iPhone 11 only supported 4G the whole iPhone 12 range now employs super-fast 5G connectivity for the first time.

So, if you’ve got an appropriate contract and coverage then you’ll get a much faster data connection than any previous iPhone owners. In perfect conditions, Apple claims that the iPhone 12 with 5G could see download speeds of up to 4Gbps!

However, with 5G still being patchy across the UK real-life download speeds will probably be much lower. But even at slower speeds it’ll still be much faster than 4G and can only get better as 5G coverage expands across the country.

It is worth checking the coverage in your area with your network provider before making the substantial investment.

Despite the iPhone 11’s A13 Bionic chip still outperforming any Android phone’s processor, Apple has outdone itself with an even more powerful chip for the iPhone 12!

The BBC has reported that the A14 Bionic is the first smartphone chip built on revolutionary 5nm process technology. The "five nanometre process" involved refers to the fact that the chip's transistors have been shrunk down allowing billions more to be packed in – 40 per cent more than the A13.

This means owners will be able to do things like edit 4K video, enhance high-resolution photos and play graphically intensive video games more smoothly than was possible before while using less battery power. Increased performance and improved energy efficiency – what a combination!

Apple hasn’t ignored the requirements of shutterbugs with some significant developments for the iPhone 12. There’s a f/2.4 aperture Ultra Wide lens alongside a Wide lens that has been upgraded to a f/1.6 aperture (compared to the iPhone 11's f/1.8 aperture).

The change in aperture means the camera can draw in more light, producing better results in low-light situations.

In addition, Apple's Night Mode, which is specifically designed for night time photography, can now be used with all of the phone's cameras – a bonus for those who like taking selfies as the sun goes down.

But if you’re really after camera developments then you won’t be surprised to hear you need to look at the iPhone 12 Pro and iPhone 12 Pro Max. These both have a triple-lens setup with a new LiDAR scanner on the back. 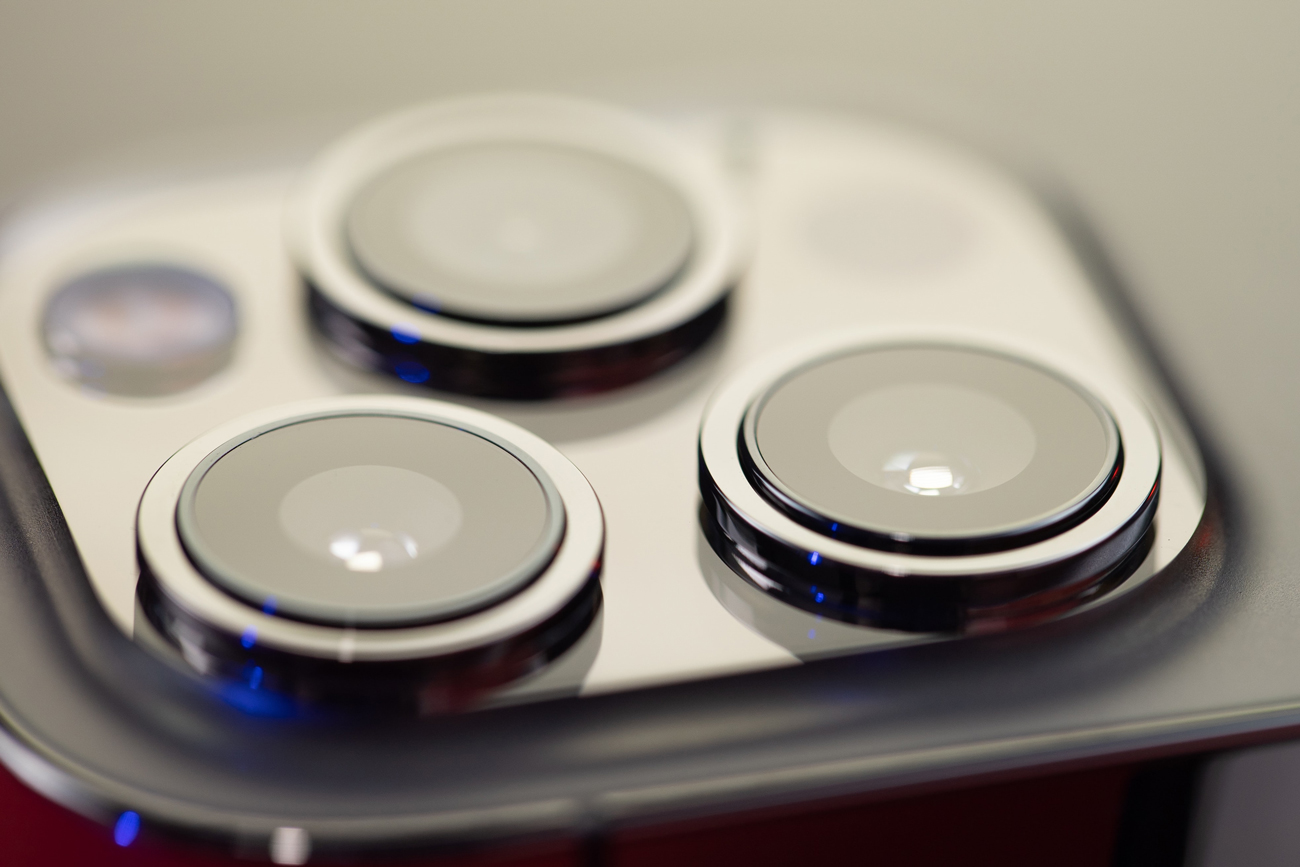 Apple isn’t going to be grabbing the headlines in its development to the battery of the iPhone 12 as compared to the iPhone 11.

Indeed, both the iPhone 12 and the iPhone 12 Pro pack smaller batteries than the iPhone 11. However, Apple claims these new phones last longer on a charge owing to the less power-hungry OLED screens and the more efficient A14 processor.

On the subject of charging, there is interesting news when it comes to the extras packed with the new iPhones. To reduce waste and help the environment, Apple no longer includes a charger or EarPods in the iPhone 12 box. Instead all iPhone 12 models now ship with just a USB-C to Lightning cable by default.

However, Apple has made it easier in some respects to recharge your iPhone by the addition of MagSafe. Previously seen on Apple's MacBook power cables, this magnetic technology means you didn’t need to plug in like traditional charging ports. On the iPhone 12 it also opens the door to all sorts of new chargers and accessories.

Wireless chargers will now just 'snap' into place on the back of the phone much like a wireless charging coil. There’s no worrying about correct positioning, just place it down and off you go. It also means you can eventually charge all your Apple devices on one wireless charger.

Apple’s idea is that soon you’ll be able to attach plenty of MagSafe accessories in this way, including cases, new camera lenses, and even a wallet attachment.

But if the latest accessories are your thing then make sure you have iPhone insurance in place to cover such items if they’re lost, damaged or stolen at the same time as your gadget.

Like previous iPhone launches the question remains whether to upgrade or not. If you already have an iPhone 11 then it’s probably not worth it until 5G coverage in the UK becomes less patchy.

While it’s faster, tougher, with a stunning new design and display and tempting MagSafe accessories overall the phone isn't hugely different from its predecessor.

However, if you’re in the market for a new iPhone then choosing between the two is a tougher choice. While there is a £200 difference in price if you can afford the iPhone 12, then you're clearly getting the better phone in many ways.

If money is a bit tighter, the iPhone 11 will still deliver in spades. Although at only £100 more you could consider the iPhone 12 Mini if the 5.4-inch screen isn't too small.

Whichever iPhone you go for you’ll get an exceptional device for your money. That’s why the dedicated team at Gadget Cover will always set you up with an iPhone insurance policy to suit your device, requirements and budget.

So, you can concentrate getting to know these incredible gadgets without worrying about costly slip ups.

Our policies include protection for things like accidental damage, liquid damage, theft, breakdown and unauthorised usage, and for an extra premium your iPhone will be covered against loss, too.

If someone else in the family is desperate to show off this sought-after piece of tech then our cover will automatically be extended to them as well.

If you travel for business or pleasure then cover is also automatically extended to include use of your iPhone anywhere in the world, up to 180 days in any one year.

So, if you’re looking at a new iPhone then don’t delay looking for insurance. Call our team of insurance specialists and protect your tech with iPhone insurance from Gadget Cover.

Get a quick quote today.