What is the iPhone SE? 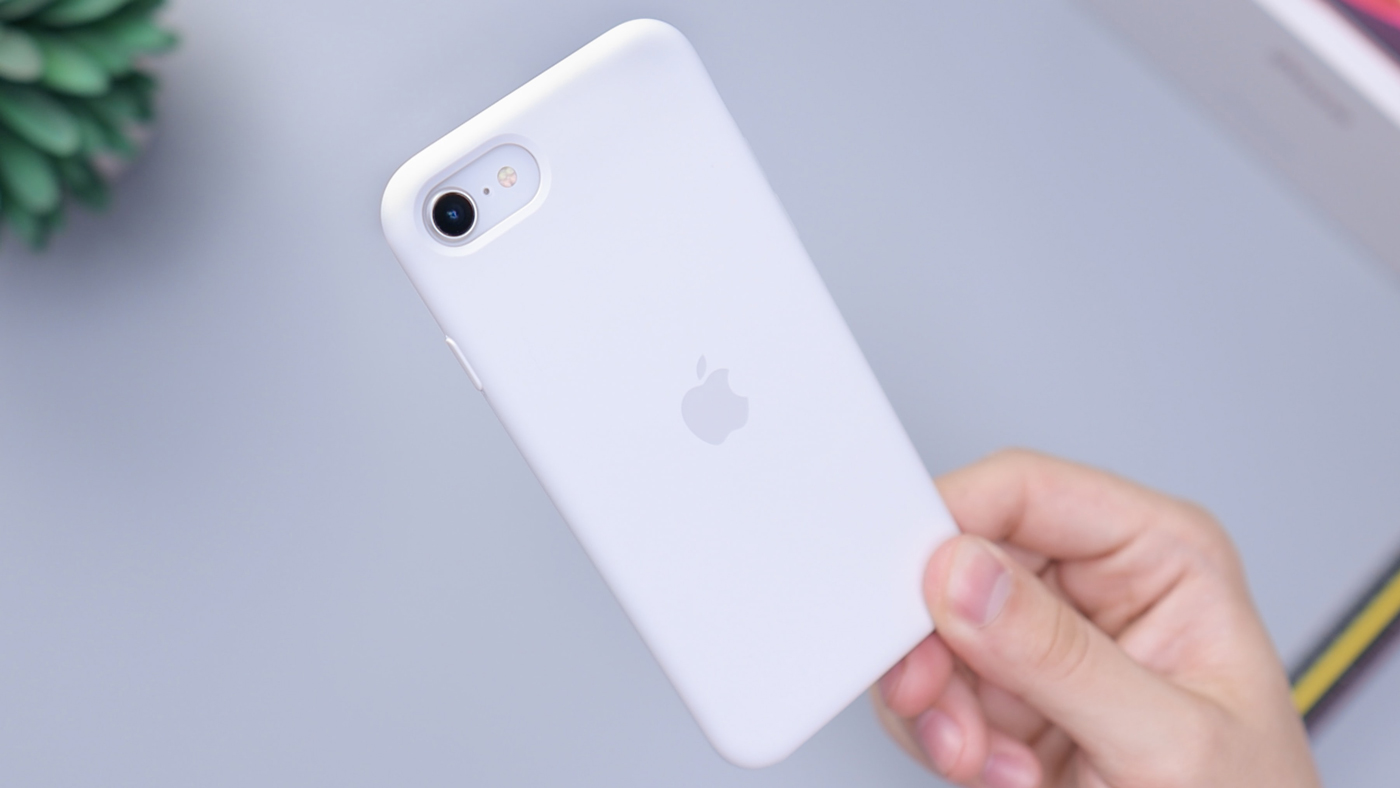 There is no doubt that smartphones are one of – if not the ­– most popular type of technology here in the UK, but also around the world.

It’s clear why: out of all the types of tech, smartphones are capable of performing the widest variety of functions.

They are phones first and foremost, of course, but they can be loaded with features and apps that turn them into our diaries, calendars, clocks, fitness trackers, news sources and so much more.

All this while fitting nicely in our pockets or bags.

According to statistics shared by Finder, 79% of UK adults own a smartphone. And could you guess how long the average Brit spends on their phone every day?

Apparently it’s two hours and 34 minutes, with one in five of those minutes spent on social media – which won’t come as a surprise to many people!

A phone for everyone

This is why you’ll see manufacturers releasing lots of different styles and types of phones, typically at various price points, at any one time.

Ultimately, it is their way of making sure that their devices appeal to as many consumers as possible.

Tech giant Apple is one of these manufacturers. Its iPhones are one of the best-selling smartphones models ever to be sold.

But they have a notoriously high price tag (albeit market-leading features to match). So imagine if you could get all the good bits of the iPhone but for less cash… well, now you can! 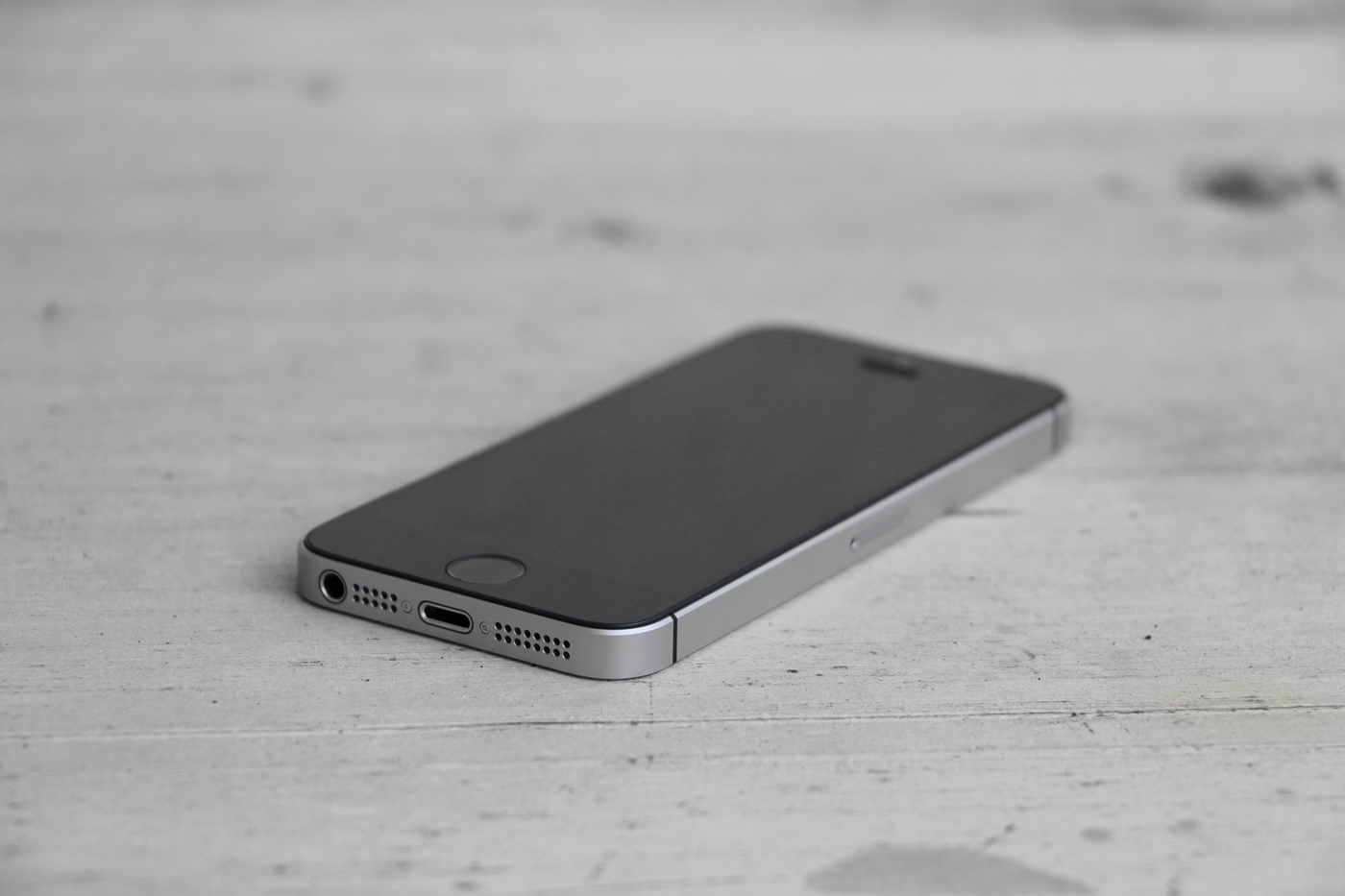 Apple picked this year to launch the second generation iPhone SE – or the iPhone SE 2020. The first generation of the SE was released back in 2016, only to be re-released one year later with bigger storage capacities.

Rumours of a follow-up SE had been circulating ever since 2017, just one year after the first one was released.

Then, on 15th April 2020, Apple published a press release on its website revealing that a new SE would soon be on the market.

The company advertised it as “a powerful new smartphone in a popular design.” It was released worldwide on 24th April.

How does the new iPhone SE measure up?

So, the all-important question is: what is the latest generation of SE actually like? For the answer, we can turn to trusted tech website TechRadar, which hails it as ‘one of the best iPhones Apple has ever made.’ Not bad for a budget smartphone.

Let’s take a look at its main features and how they fare:

The new SE is exactly the same as the 2017 iPhone 8 in terms of its design and display.

Mimicking this earlier device meant that Apple could keep production costs as low as possible and pass these savings on to the consumer.

So, this means that you can expect a 4.7-inch screen with bezels above and below for its design.

Which, TechRadar admits, does feel somewhat dated, but some people will appreciate the familiarity (and of course, the price tag).

One thing lacking with this latest device is the 3.5mm headphone jack.

While few new handsets are released with the port nowadays, people upgrading to the SE from an older iPhone (which is likely to have the jack) could miss this feature.

This leaves people with two choices: purchase a pair of Apple’s EarPods or spend £9 on an adapter for their favourite wired headphones.

The display on the SE 2020 certainly doesn’t match that of its more expensive counterparts (many of which now feature OLED), nevertheless it’s great quality bearing in mind the price (which we will get to later).

The display could be a little brighter, however – this is an issue linked with many of the older devices. 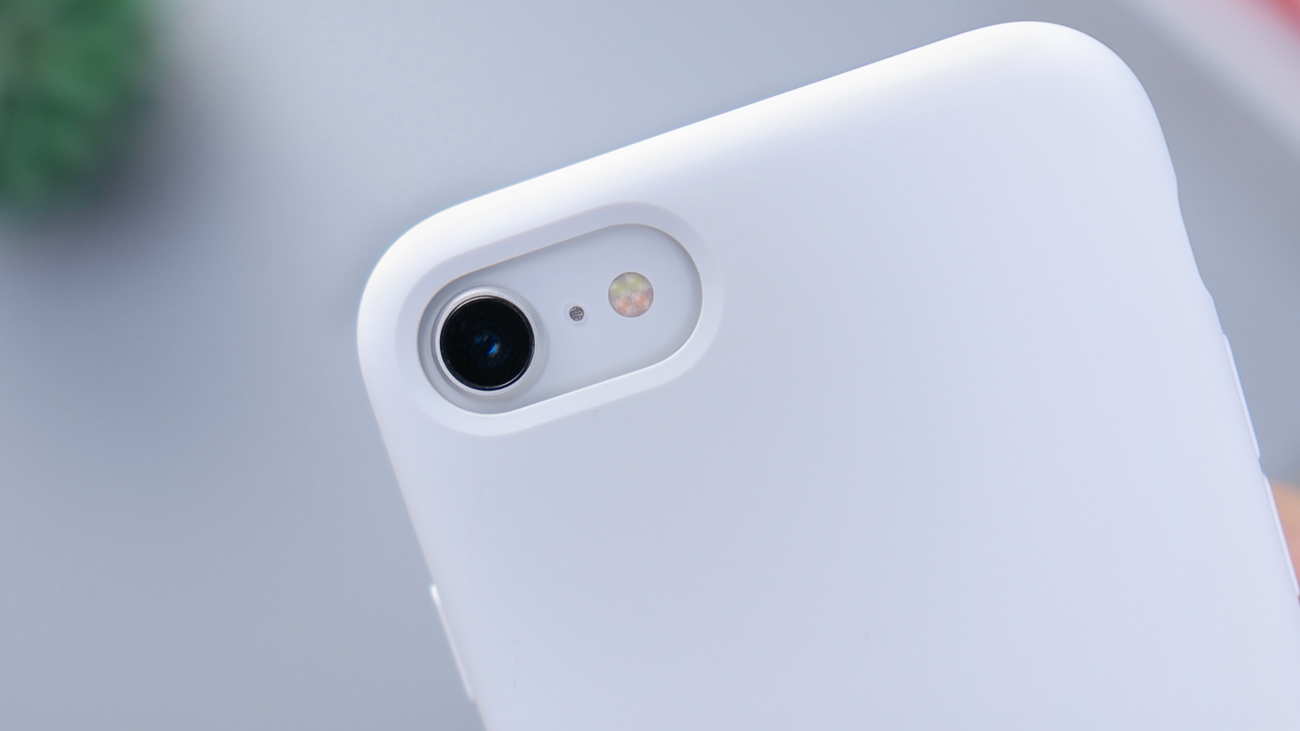 Because the SE incorporates some ‘old’ hardware, Apple took a risk with the SE’s camera and used image processing powered by the A13 Bionic chipset.

It’s a risk that paid off. The camera on the SE is comparable to that of the iPhone 11 Pro Max when it comes to general picture-taking, and only begins to struggle where there is a lack of necessary hardware.

Indeed, the SE fared extremely well when TechRadar compared it to the higher end iPhone 11 Pro Max, XS Max and 8 Plus.

In terms of hardware, the camera on the SE boasts the same megapixel count and lens set as the iPhone 8: it’s got a 12MP camera, six-element lens and sapphire glass cover for hardiness.

Apple has retained the same hardware specs for the normal wide-angle lens on iPhones since the 8, but has significantly improved image quality.

Incorporating the same A13 Bionic chipset, which has an enhanced image signal processor, makes a huge difference.

Comparing pictures from the SE to the iPhone 8 Plus and you can see greater sharpness, more true colour reproduction and overall a better image regardless of whether the conditions are darker or brighter.

Apple has added some smarter capabilities to the SE’s 7MP front-facing camera, such as the ability to take portrait mode images. You can’t take ‘slofies’ – that’s slow-motion selfies – but this isn’t a feature most will miss.

Image quality on the front-facing camera is decent, with images coming out clean and sharp even in low lighting.

Portrait mode on both cameras does leave a little to be desired though, with the background sometimes becoming distorted.

When it comes to video, the power of the SE is just as good as other Apple devices, allowing owners to capture 4k video at up to 60 frames per second (fps). However, you should only really use 60 fps in decent lighting.

Apple never reveals the spec for its SE batteries. But working on the assumption that it is similar to the iPhone 8, it is likely to be fitted with something comparable to its 1,821 mAh power pack.

However, should this be the case then it causes a potential problem, because the iPhone 8 was known for its less-than-admirable battery life.

It lasts around one day in standard use, needing a boost towards the end of the night.

The new SE’s battery should last longer given its more efficient engine, along with iOS 13.4 able to better manage power consumption.

But the manufacturer itself said the battery “lasts about the same as iPhone 8”, which is a bit of a surprise.

In tests by TechRadar experts, low-usage days of the SE meant there was around 30% battery left in the evenings, with little drain on the battery overnight.

It’ll drop by around 5% at night depending on whether you have Bluetooth devices connected and what those devices are.

Overall, though, the battery is perhaps one of the biggest downfalls to this device, with not much confidence that it comfortably lasts the entire day.

Users might not feel this as much if they are upgrading from the older SE or older iPhone model however, as these are similar in terms of battery performance.

One thing people can do is to purchase a fast charger.

A charger with 18Wpower delivery or USB-C PD (like the ones that come with the iPhone 11 Pro and can be bought for £29) will rapidly boost the iPhone SE. Meaning, it can charge it to more than 50% in just 30-ish minutes.

Overall charging speed is approximately one hour and 50 minutes for a complete full battery, but the charger that comes with the device will be much slower.

You can also purchase a wireless charger, seeing as the SE is Qi-charging enabled. Pick up a couple of cheap charging pads and battery life will never be a problem again.

Is the SE the right device for you? 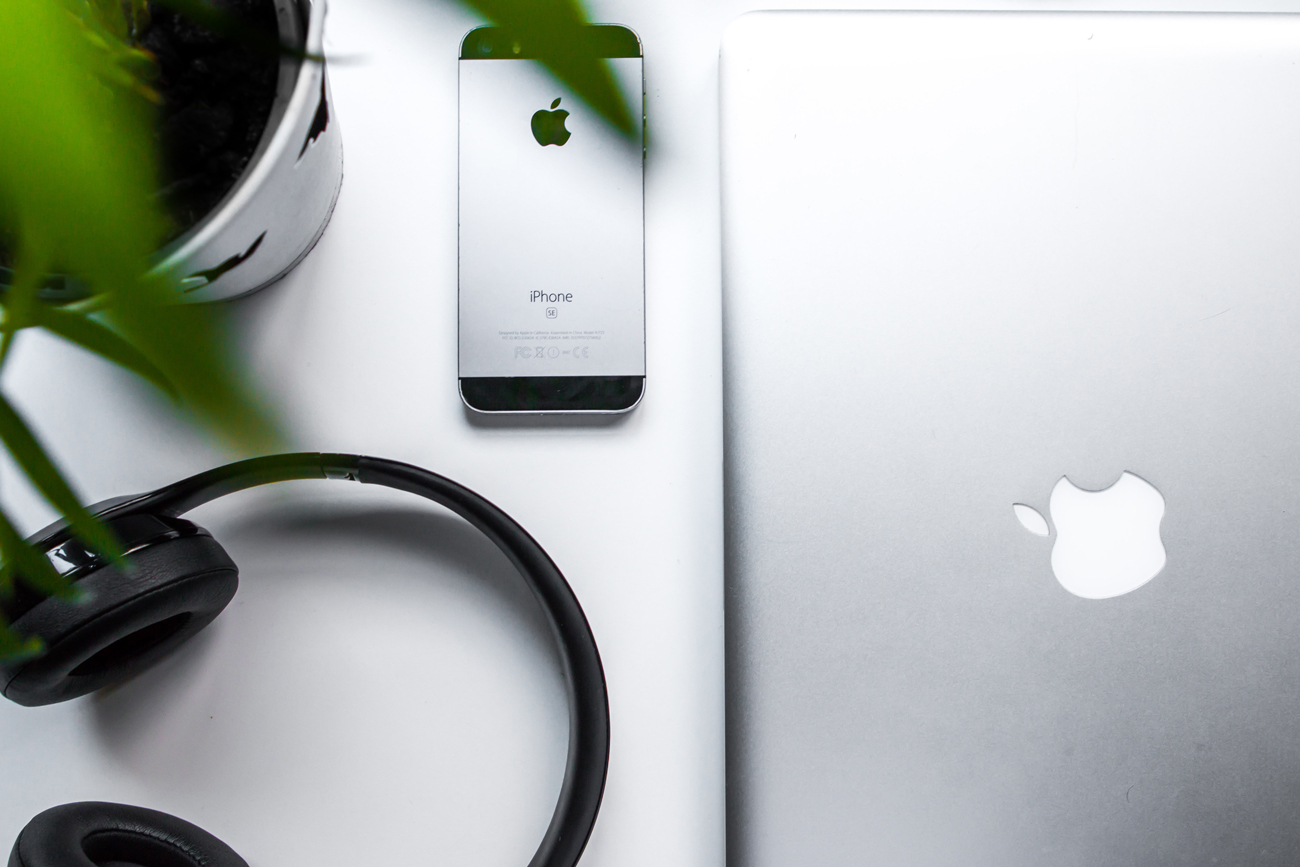 Read all of the above and still not sure whether the latest iPhone SE is the right handset for you? This might help with your final decision.

The SE could be for you if…

It’s the cheapest device but also comes with a decent camera, Touch ID, and a powerful engine that makes it incredibly responsive.

At almost half the price of an iPhone 11, many people would argue that it’s an absolute steal.

You appreciate a lightweight device

If weight is a big deciding factor for you, then you won’t be let down by the SE.

As well as being light it’s also easier to hold in the hand than many other models available on the market at the moment.

Just make sure you have the right iPhone insurance in place in case you have any mishaps.

You want a device to last you a few years

Purchase the SE and you will likely receive upgrades and security features for the next three to four years.

This should appeal to users who aren’t necessarily that fussed about having all the latest features on their device.

Battery life is a big feature for you

In an ideal world Apple would have made improvements for the battery of the SE, but it’s similar to that of the 8 – which has a notoriously short battery life.

Having to constantly reach for the charger might be frustrating if you use your phone a lot during the day.

You want the very best photos from an iPhone

The SE camera is decent, but it’s not top of the range. It falls short in some areas, such as exposure levels and depth of field.

That said, you’re still getting a lot of bang for your buck and it will be a major improvement if you’re upgrading from an older phone. 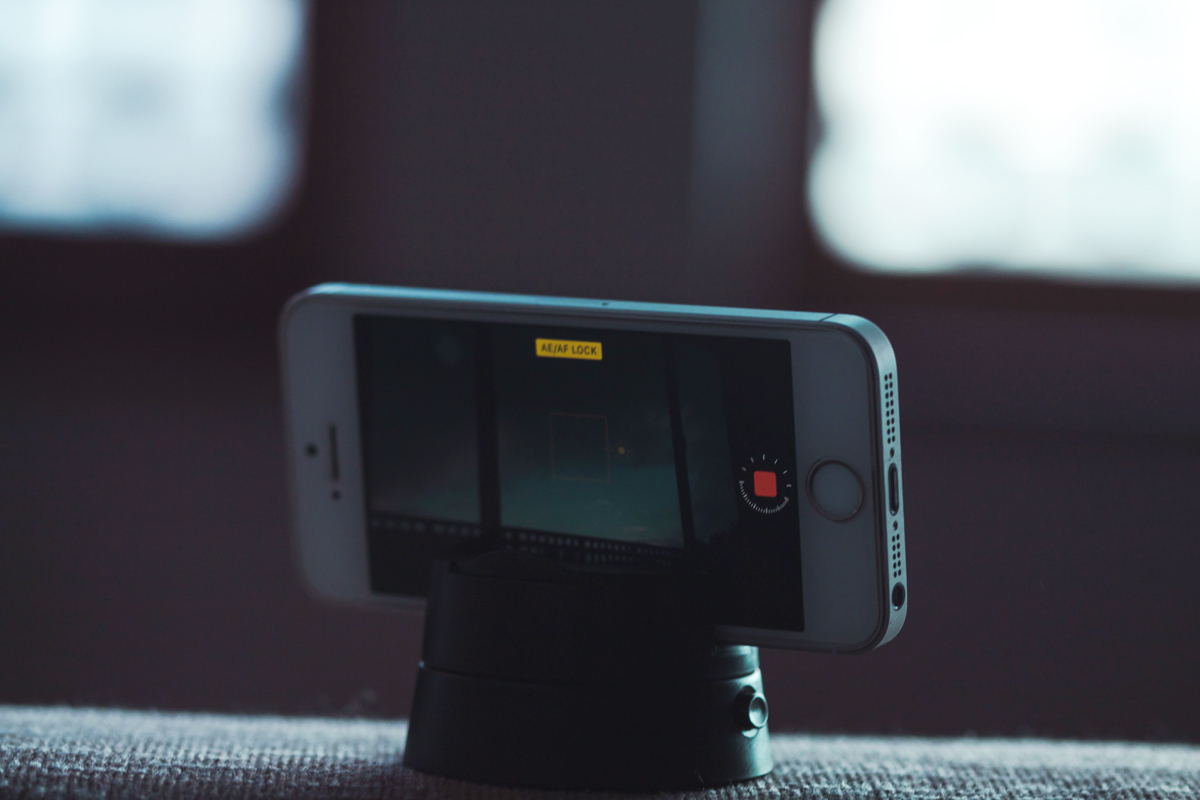 The SE’s screen is dated because it’s the same one used on the iPhone 8.

This means that it’s not excellent in bright light, plus it doesn’t have the sharpness of some of the latest screens on the market. However, the speakers are good.

How much does it cost?

As we mentioned, the iPhone SE was released back in April so it’s now possible to bag yourself this brilliant yet budget device.

It’s on sale throughout the UK as well as the US, Australia and numerous other countries.

The price for the handset starts at £419.

For the 256GB option you’re looking at £569, which is still incredibly cheap for an Apple device but you’ll still want to get iPhone insurance to protect your investment.

While the SE offers exceptional value for money, you’ll still be parting with hundreds of pounds to be its proud owner (either as a lump sum or across the term of the contract).

This is why it’s really important to get it protected with insurance for mobile phones.

Even if you don’t end up with an SE but own another iPhone, the team here at Gadget Cover can set you up with an iPhone insurance that suits your device and requirements, for a price that won’t break the bank.

Protecting your smartphone with insurance is important because phones are at a high risk of getting damaged, lost or stolen, seeing as we carry them with us all of the time.

It’s always better to be safe than sorry by taking out cover. The cost is certainly worth the peace of mind.

Policies arranged by Gadget Cover include protection for things like accidental damage, liquid damage, theft, breakdown and unauthorised usage. And for an extra premium we will cover it against loss, too.

Choose Gadget Cover and it will automatically be extended to your immediate family. We will also replace any of your iPhone accessories (up to £150) if they are lost, stolen or damaged at the same time as your smartphone.

Cover is also automatically extended to include use of your phone anywhere in the world, up to 180 days in any one year.

So, what are you waiting for? Protect you tech with insurance from Gadget Cover.