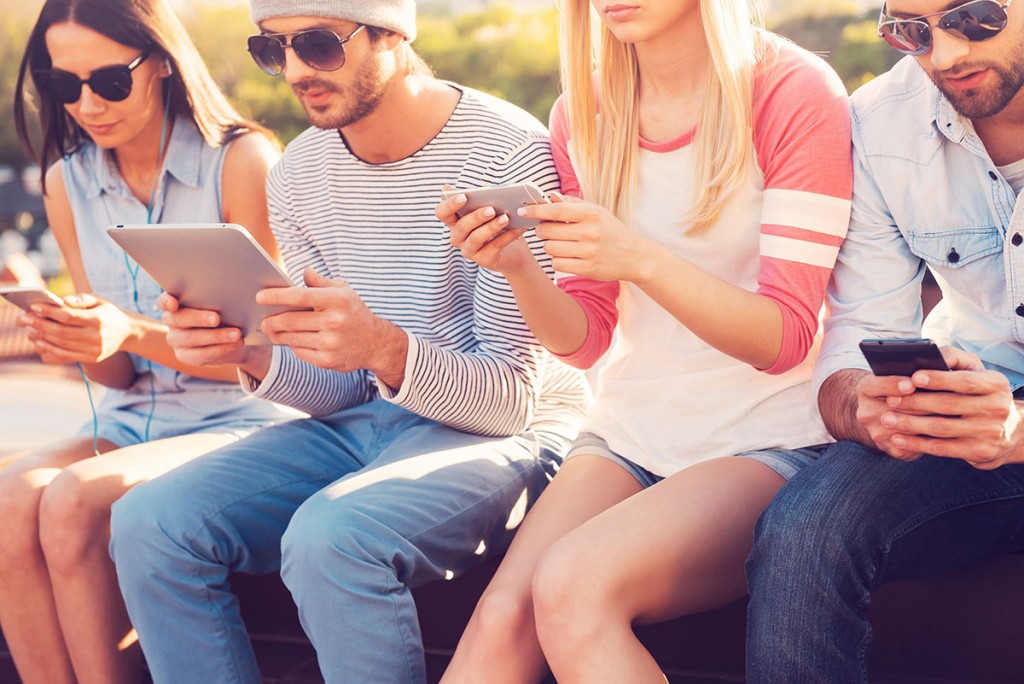 Our phones have become an almost essential part of daily life. Living in this hyperconnected world, we’ve become addicted to checking our phones, tablets, smartwatches and updating our devices at the earliest possible opportunity.

There’s a mind-boggling array of phones available right now, ranging in cost from £15 to over £1,000. We won’t be going as low as £15, but here’s a guide to the best smartphones available to cover the budgets and needs of all buyers and owners looking to upgrade.

Of course you’ll want to get some insurance in place to protect your new purchase, and we’ll talk about that a little later, too. But to begin with, let’s answer some questions to help you decide which phone you should buy in 2019.

What are you going to use your smartphone for?

Not all user profiles are the same. We use our phones for lots of different things – gaming, calls, teleconferences, texting, taking pictures, making videos and lots more.

Strangely enough, if we look at the most popular phones at present, in terms of ownership and usage, none of the newest flagship devices appear in the top five.

It was an all-Apple affair in the UK for Q4 2018, but the Samsung Galaxy S8 shot up to third place in the first three months of 2019. The iPhone 7 is still the most popular smartphone, despite losing 2.31% of its market share since 2018:

… and the following two positions as well (iPhone 6 and iPhone X). 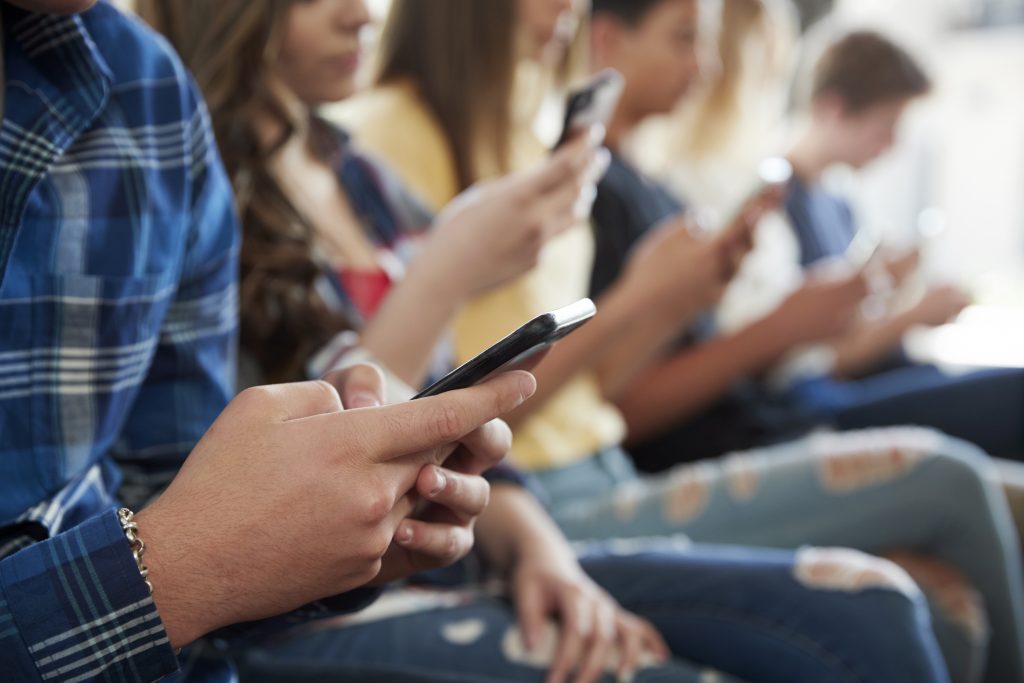 To 5G or not 5G? That is the question

The roll-out of 5G continues apace in the UK and phone shop staff get very excited when they explain to you how fast it is. However, despite the fact that it’s finally arrived, the limited number of 5G-enabled phones available are extremely expensive, as are their monthly contracts. In fact, certain models are only available with one provider (with exclusivity). If you do a lot of online gaming or streaming content, then, of course, it’s worth it but it might be a thought to wait until coverage is more widespread than at present (in major cities only) and when there’s a greater choice of 5G-enabled devices to choose from. As a price indicator to buy outright, spot the affordable option!

How much do I want to spend?

There is no doubt that Apple forged the path for the rest to follow, but the smartphone market has changed beyond recognition in the last few years. Until five years ago, when it came to top-end phones, it was pretty much a two-horse race, with Apple and Samsung vying for the top position.

Now, certain reviewers take a pretty clear-eyed view of the relationship between price and quality when it comes to choosing a smartphone.

There are a couple of other factors to bear in mind:

When thinking about the price, it’s also important to consider your lifestyle and what you’ll be using your phone for.

iPhones have always been on the pricier scale of the device spectrum due to their high quality and excellent usability but it’s worth thinking about how much advantage you can really get from that phone’s features (as well as what kind of coverage or iPhone insurance you’d need to protect it).

If you think there’s another brand out there that can meet (and even exceed) all your needs, that could end up being a better investment.

The stars of the show

Several flagship models have been launched in the last few months and the top-end devices are jostling for bragging rights as to who’s best.

There can never be a definitive list, but by aggregating respected and trusted sources like tech reviews, tech influencers like Marques Brownlee and simply by looking at the specs, we can draw some conclusions about the most cutting-edge smartphone devices on sale at present.

It’s hard to separate these two as they both boast truly spectacular qualities. Huawei’s P30 Pro (£899) uses its camera as the main draw.

The Galaxy 10 and 10 Plus (£799 – £999) beat it on overall design (re-designed this year) and screen display quality with HDR support, great brightness and proprietary AMOLED display technology. The three cameras offer slightly lower specs to those of the P30 Pro, but they are still highly versatile.

The Android operating system is a Google creation, so it isn’t surprising that the Pixel 3 (and its larger sister, the Pixel 3 XL gets the best performance of any phone in terms of user interface, machine-learning and other software rather than the hardware specs. Where it does have an edge over the P30 pro is the camera.

The Pixel 3 (£739) offers super-low light with the Night Sight feature, a Super Res Zoom and a very widescreen front camera for selfies. It also has an attractive design. Storage, RAM and battery charge are all a little conservative, but the camera is the draw here.

The iPhone XR (£749 – £899) is a 2018 model but still gets close to the top of the class. The camera is outstanding, with a 12 megapixel f/1.8 wide angle lens and smart HD recording. Apple’s A12 Bionic processor is one of the most powerful around and with lots of colours to choose from, good battery life and wireless charging, it’s a sweet Apple!

The iPhone XS (£999) is an excellent all-rounder, with the usual fast processor, camera quality, wireless charging and software support and updates. But, price is always mentioned: “If you want an Apple smartphone, the iPhone XS is the best, but it costs a pretty penny,” says the Guardian.

OnePlus 7 Pro (£699) is another Chinese entrant to the high-end market, and they have pulled out all the stops to place this handset near the very top of the list.

The OnePlus 7 Pro has excellent screen quality, with a 6.7-inch Fluid AMOLED display, which refreshes at 90 frames per minute. That’s notable, because the large majority of smartphone screens refresh at 60fpm, so, as one reviewer says, “once you’ve gazed at this screen, it’s hard to go back to anything else.”

It challenges the iPhone XS for processing speed, a big battery and something called ‘Warp Charging’, which sounds like the capacity to teleport but simply means you can go from 0 to 100% charge in 80 minutes. 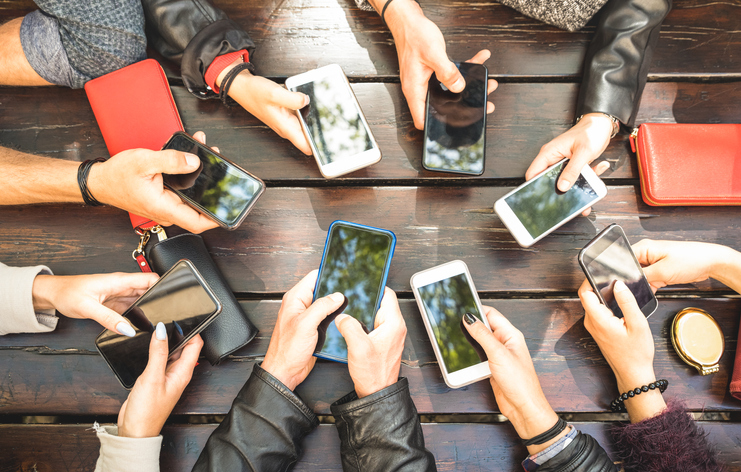 The iPhone XS (and XS Max, £1,099) continues the tradition of the best of Apple design, performance and features. Technically, they are certainly the best iPhones, but their high price tags do influence their position on the list of the very best phones.

The iPhone plus points

Many feel that, in general, iPhones have better apps and a better user experience than the Android equivalents. Apple also offers better support than Android’s multiple manufacturers if something goes wrong.

Another key factor is that with iPhones you get the latest software updates direct from Apple as soon as they are released.

Features are outstanding, including powerful processors and excellent cameras which produce good results in low light. The phones also work seamlessly in the Apple ecosystem with products like the iMac, iPad and MacBook.

Just remember, if you’re interested in any of these newer iPhone models it’s also worth taking a look at how they can be protected with iPhone insurance given how valuable they are.

The best previous and less frequently mentioned models in 2019

These phones tend to be pitched at people who want a well-known brand name but don’t want to pay for a premium phone. Sometimes, it can seem as if every release of increasingly sophisticated models by the big companies nullifies the value and quality of their previous models.

But this certainly isn’t the case, and the amount of offers available on previous models of flagship phones is a testament to that fact. This list mixes previous years’ flagship models (now lower in price) and the latest models from companies producing hi-spec handsets whose commercial profile isn’t as high as it once was.

Nokia 7 Plus (£349) – Attempting to return to former glory, but a lot has changed since then! Reviewed here.

Sony Xperia 1 (£849) – another brand that’s unfashionable, but reviews are positive.

The top-notch smartphone devices have never been as expensive as in 2019, but as top-end quality increases, so does the range of reasonably-priced smartphones. It’s possible to buy a mobile phone on a budget of under £200 and still get a cell phone capable of doing everything you need.

The best budget phones are also more attractive price-wise in the long-run – you might prefer to buy these smartphones outright and then pay only for your minutes, texts and data.

Chinese phones are well-known for offering amazing specs for the money and for undercutting their European rivals. In the majority of cases, you can find a phone with a mid-range specification at a very reasonable price.

The Xiaomi Redmi Note 7 has a strong 4000 mAh battery, dual-SIM functionality and microSD storage expansion. For such a cheap phone, the other specs are very impressive – 48MP + 5MP AI dual rear camera, 6.3-inch display and a pretty powerful Qualcomm Snapdragon 660 processor. Given the very affordable price, the lack of an in-display fingerprint sensor, wireless charging and waterproofing is not surprising and certainly not a game-changer. At the price, an extremely good budget option.

This is a case of the same company under two brand names capturing a larger share of the budget market. The 10 Lite is one of the best-quality budget smartphones you can buy, with the best battery life of a phone at this price, a large screen and dual cameras.

The cameras do suffer in low light and it’s very clearly a plastic casing but overall performance is excellent. It ranks with the Moto G range as the best-value budget-priced smartphone on the market.

In terms of specs, the two phones are practically the same, offering a 6.2-inch screen, a Kirin 710 processor, a 3400mAh battery and the same storage and RAM: 64GB and 3GB respectively.

With a near-pure (not tweaked) Android interface, the G7 Power is a decent alternative to the Huawei and Honor offerings around this price, and its large battery means it can hold a charge on average use over two days.

Herein lies a problem. A few weeks ago, the US government placed Huawei on its blacklist of companies banned from accessing products and services provided by American companies.

As a US company, Google has revoked Huawei’s Android licence in compliance with the US Commerce Department’s orders. Chrome, Gmail, Google Maps, Google Play Store, Google Assistant, and YouTube will be made unavailable. What’s the impact for Huawei’s UK users? They may well not receive any further major Android updates, and neither is it clear whether Huawei and Honor owners will be able to access the regular updates to Google apps from now on.

Ultimately, it’s up to the buyer to decide whether it’s worth investing in Huawei (and sub-brand) models. It’s a pity because, as we’ve seen, their name crops up regularly on the lists of best smartphones in 2019.

Protect your smartphone with iPhone insurance

Whatever smartphone device you choose, buying outright or with a monthly contract, it is a very valuable piece of technology, not only in monetary terms but also keeping you online in this interconnected world.