What’s the difference between the iPhone XS and XR?

If we asked you to name some of the biggest smartphone manufacturers in the world, chances are your first answer will be ‘Apple’ – or your second, at least.

Apple is a giant in its game. It’s one of the richest and most influential tech companies in the world, renowned not just for its smartphones, computers, laptops, tablets and watches, most bearing the infamous ‘i’ in their names.

The company has grown exponentially in the past decade or so. Figures show that its revenue grew from $8 billion in 2004 to over $265 billion in 2018. Apple’s so-called brand value now stands $300 billion, and in 2018 a whopping 217.72 million of its flagship iPhones were sold to consumers around the world.

There seems to be a real commitment from Apple to keep pushing forward with its offering. It was recently announced, for instance, that the company is launching its own streaming service to rival the likes of Netflix. Apple TV+ will feature original and exclusive shows and films spanning all genres, accessible via the Apple TV app.

If your contract is up or you’ve simply decided to treat yourself to a new smartphone, there are two Apple contenders currently on the market: the iPhone XR and iPhone XS.

Both phones are packed with an impressive line up of features, but you may be wondering: what’s the difference between the two? If you’re going to be locked into a contract for the next two years, you want to make sure you pick the perfect phone; one that’s got all the features that matter most to you. You want it to tick all your must-haves, and a good few nice-to-haves, too!

So, we thought it would be useful to break down and compare the main features of both phones, to help you make the right decision.

As Trusted Reviews explains, the XR is being marketed as the ‘more affordable’ XS, with the latter replacing the iPhone X from 2018. There’s also an XS Max, offering a slightly higher spec than the XS, and naturally, that means a higher price tag. The prices are as follows:

Suffice to say, none of the new iPhones are cheap so you’ll want to protect your device with quality iPhone insurance. But it does mean that if you’re on a bit of a budget and don’t mind not having the best-of-the-best in your pocket, the XR may be a good option.

Bear in mind that you can also get money off if you trade in your old phone. For instance, at the time of writing, you could receive up to £500 for trading in an iPhone X and up to £370 for iPhone 8 Plus, or up to £45 for 5 series iPhones.

All three phones have near edge-to-edge displays. The XR boasts a 6.1-inch display, while the XS is almost identical to the iPhone X with its 5.8-inch screen. Then there’s the XS Max, which is essentially the next generation of Plus model with a mighty 6.5-inch display – making it a great choice if you regularly use your phone for watching films, catching up on shows or playing games.

The XR may have a bigger display, but as Forbes outlines, everything else about the screen is inferior to the XS. The XS has an OLED screen, while the XR has a downgraded LCD. According to Apple, the XS delivers the most accurate colour in the industry, HDR and true blacks.

The XS and XR look almost identical in their design (bar the actual sizes), but dig a little deeper and there are some noticeable differences.

The XR is around 5% bigger than the XS, but it’s also 10% heavier and thicker due to the less flexible LED display. Apple says that both the XS and XR feature the most durable glass ever used in smartphones. But, as we all know, accidents do happen so it’s best to protect your device with quality iphone insurance.

The XS boasts precision-machined, surgical-grade stainless steel bands, compared with aluminium bands for the XR, which does give it more shine and a slightly more premium feel. The materials used mean that the XS and XS Max are water-resistant to a depth of two metres for up to 30 minutes, while the XR can only be taken to depths of one metre. This is unlikely to be a deal-breaker for anyone, but is good to know nonetheless.

If you’re set on adding a splash of colour to your next smartphone, the XR actually has more options – choose from blue, white, black, yellow, coral or red. The XS and XS Max come in silver, space grey or gold.

Remarkably, Forbes writes, the XR runs the same leading chipset as the XS – which is a Six-Core CPU, Four-Core GPU, M12 motion coprocessor.

What’s different is that the XS has 4GB of RAM while the XR has 3GB. This means that the XS will be slightly better equipped to multitask, as it’ll be able to hold more apps in memory without having to reload. The extra RAM is also needed for the XS’s dual camera (which we’ll get to in a moment).

There’s also a unique feature for both phones: they have small power reserves which enable NFC transactions even when the phones have run out of battery. The A12 ‘Bionic Chip,’ integrated in all the new models, brings a 50% boost to graphics performance and power efficiency when idle, along with a 15% increase in peak CPU performance.

Maybe more a plus for Apple than the consumer, the iPhones now provide support for 600 MHz 4G bands – utilised by carriers to cover areas that previously had no signal. iPhones didn’t have this capability until now, meaning their devices could become accessible to hundreds of thousands of new customers. 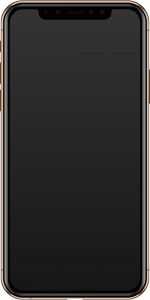 It’s clear a lot of thought and effort went into the cameras on these new models, with each one getting some type of upgrade from its predecessor.

The XR and both XS models now also support Apple’s ‘Smart HDR’ image processing. This allows for multiple photos (taken at varying exposures) to be combined; so says Forbes, this tackles iPhones’ historical weakness with dynamic range. This image processing technique is not unlike that used in the Google Pixel 2 – which still offers the best camera on a phone in the market.

The main rear cameras on all new phones also feature a bigger 1.4µm pixel size. This allows it to take in more light and will improve low light photography. You’ll also find improved selfie cameras with quicker sensors, as well as the ability to take pictures in Portrait mode with a number of depth effects.

Battery life: XR is the best ever

Now, here’s where the XR finally defeats the XS. Apple claims it has the longest battery life ever in an iPhone. This is because the lower resolution is more demanding and the bigger size has allowed Apple to fit in a bigger battery.

The XR can actually outlast the XS in most areas (internet use, video playback, talk time, etc.) by as much as a quarter. This will no doubt be a major selling point for a lot of people, however what the XR lacks is ‘quicker’ wireless charging.

We’ve just set out the differences between the XR and XS, but there are many features uniting the phones that you’ll want to know about. Here’s a quick rundown of what they are: 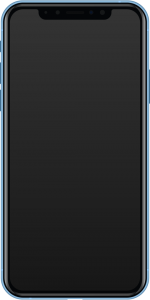 There’s no denying that the XR, XS and XS Max are some of the best smartphones currently on the market. But when comparing any two models, you have to measure up the features against the cost of the device. And if we do that with the XR and XS, then the XR trumps its contender.

Forbes concludes that as well as being more affordable (almost £250 cheaper for the 64GB version at the time of writing), the XR is also more practical, owing to its longer battery life. Also, the range of colour options make it more eye-catching… and fun!

Of course, if you’re really into your phones and yearn for an extremely high-spec device, then the XS might be better for you – if you’re willing to pay for the privilege. But for the average phone user, the capabilities of the XR are more than enough.

Getting your phone insured

Made your decision? Whichever iPhone you end up being the proud owner of, it’s really important you protect it.

iPhones aren’t cheap and without iPhone insurance, you stand to potentially lose a lot of money if you broke or lost your new device, or had it stolen. The costs could amount to even more if you didn’t purchase the phone outright and got it through a network contract.

At Gadget Cover, our iPhone insurance policies feature everything you need to fully protect your new XR, XS or XS Max. You’re covered against theft, loss and accidental damage, but also get to enjoy additional benefits like:

We cover all the latest iPhone models, which as well as the XR and XS models includes the iPhone 10, X and XS. We only provide policies for phones that have been bought within the past 18 months and are in good condition.

Like any policy, there are some exclusions, and it’s always good to be aware of what they are before taking out cover. We won’t pay out if:

While top-quality, often industry-leading products are what have made Apple so successful, part of its growth can certainly be attributed to its large and extremely loyal fan base.

Many people who own an iPhone own another Apple product – an Apple watch or iPad, for instance. The company has cleverly designed each piece of tech to work best when used with other Apple tech, which is why a lot of people’s gadget collection is all-Apple.

No matter how many Apple products you own, make sure they’re covered by getting a competitive quote from Gadget Cover today!